VetPartners is for the many – and the brew! 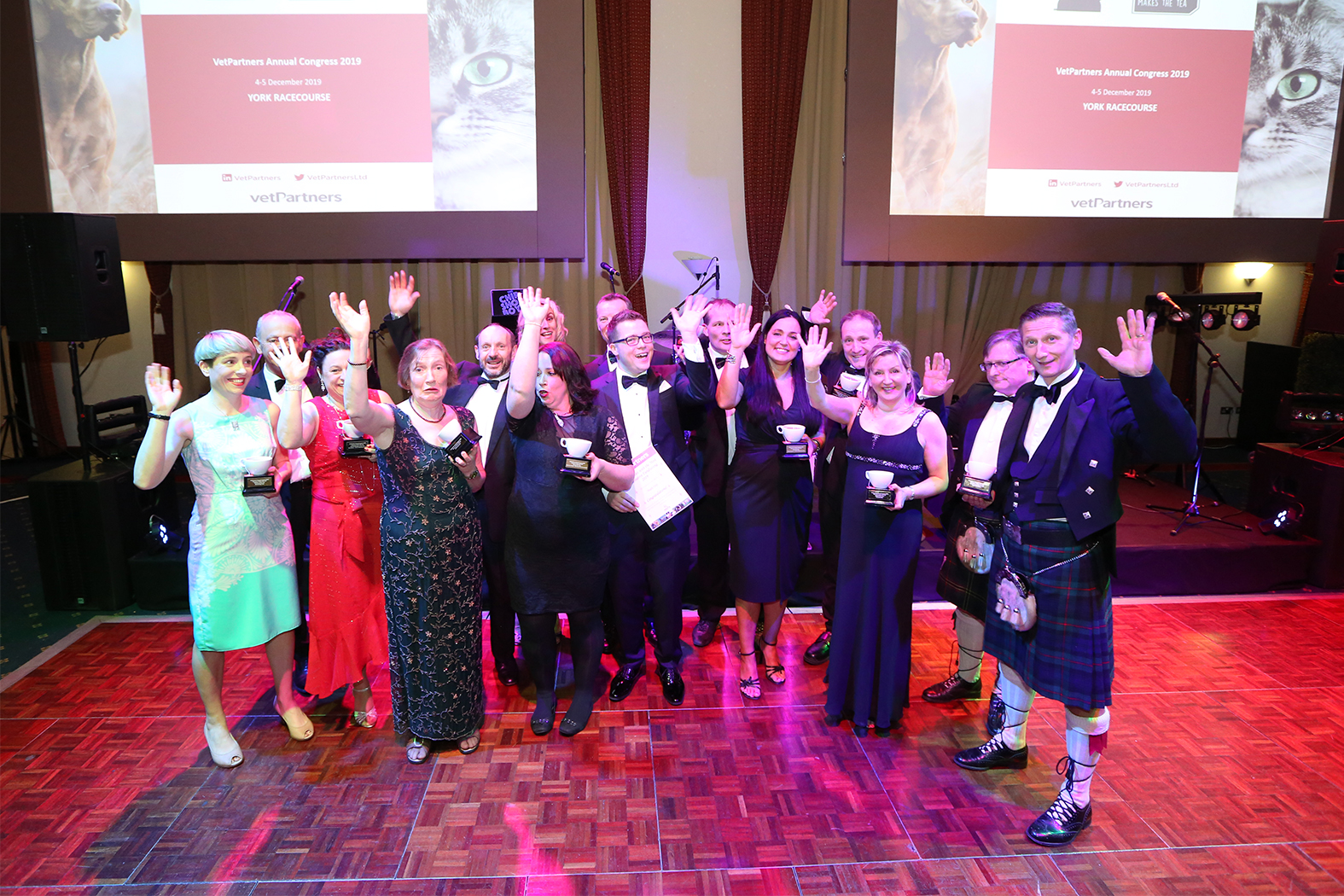 SHINING stars, unsung heroes and those who make a real difference in their workplace and communities have been recognised in the annual VetPartners awards.

The UK-wide veterinary group honoured the success of its practices and central team members at a glittering awards ceremony at York Racecourse last night.

The winners all received trophies in the shape of a tea cup in honour of CEO Jo Malone’s mantra that “everyone makes the tea at VetPartners.”

The group has 5,369 employees working in 130 practices and more than 450 sites across the UK, and this autumn expanded into Italy and the Channel Islands.

Helena Brewer, from Poultry Health Services in Sheriff Hutton, was named Vet of the Year.

Judges described her as a “fantastic vet and dedicated team player.”

They added: “Not only does Helena take on a huge caseload, she always still has time for her colleagues. She thrives on teaching and educating others with her knowledge and experience.”

Shearbridge Vets, which has branches in Bradford and Halifax, was named VetPartners’ Practice of the Year after going from strength to strength during the last 12 months.

Judges said: “This is a particularly competitive category and Stephanie is an amazing nurse and fantastic mentor to colleagues at the practice.”

Melissa Pearmain, from Westpoint Farm Vets, was named Receptionist of the Year.

Described by colleagues as an “all-round amazing colleague,” judges added: “Not only does she provide outstanding service to clients, she provides vital support to vets and has mentored new members of the team.”

Lisa Winter, from Tower Vets in York, was hailed a “true leader” after being named Practice Manager of the Year.

Woodcroft Vets surgeon James Farrell collected the Leadership award for his role at the Cheshire hospital, which moved to a new £2.5million hospital last summer.

Judges said: “James is an outstanding vet and role model. He has an incredible work ethic and no job is too small or too big for him. He truly leads by example.”

Judges said: “Mandy sums up what this award is about. She not only helps everyone else in the team on top of her own workload, she spends her spare time fundraising and organising charity events.”

The annual VetPartners’ awards were the highlight of the group’s two-day Congress at York Racecourse.

CEO Jo Malone said: “I am so proud of our teams and what they have achieved during 2019. We are leading the way in clinical excellence and our practices are right at the heart of the communities they serve, providing a great service.

“Our awards recognise the achievements, hard work and skills of those who demonstrate VetPartners’ values like collaboration, teamwork, commitment and supporting each other.”

Gillivervet were named the most committed fundraisers, while Maple Vets organised the most imaginative fundraising events.

Dunedin Vets were honoured for their work with wellbeing of team members and presented with a £1,000 cheque by the VetPartners Wellbeing group.