A pear a day helps Dorset labrador to shed the bulk 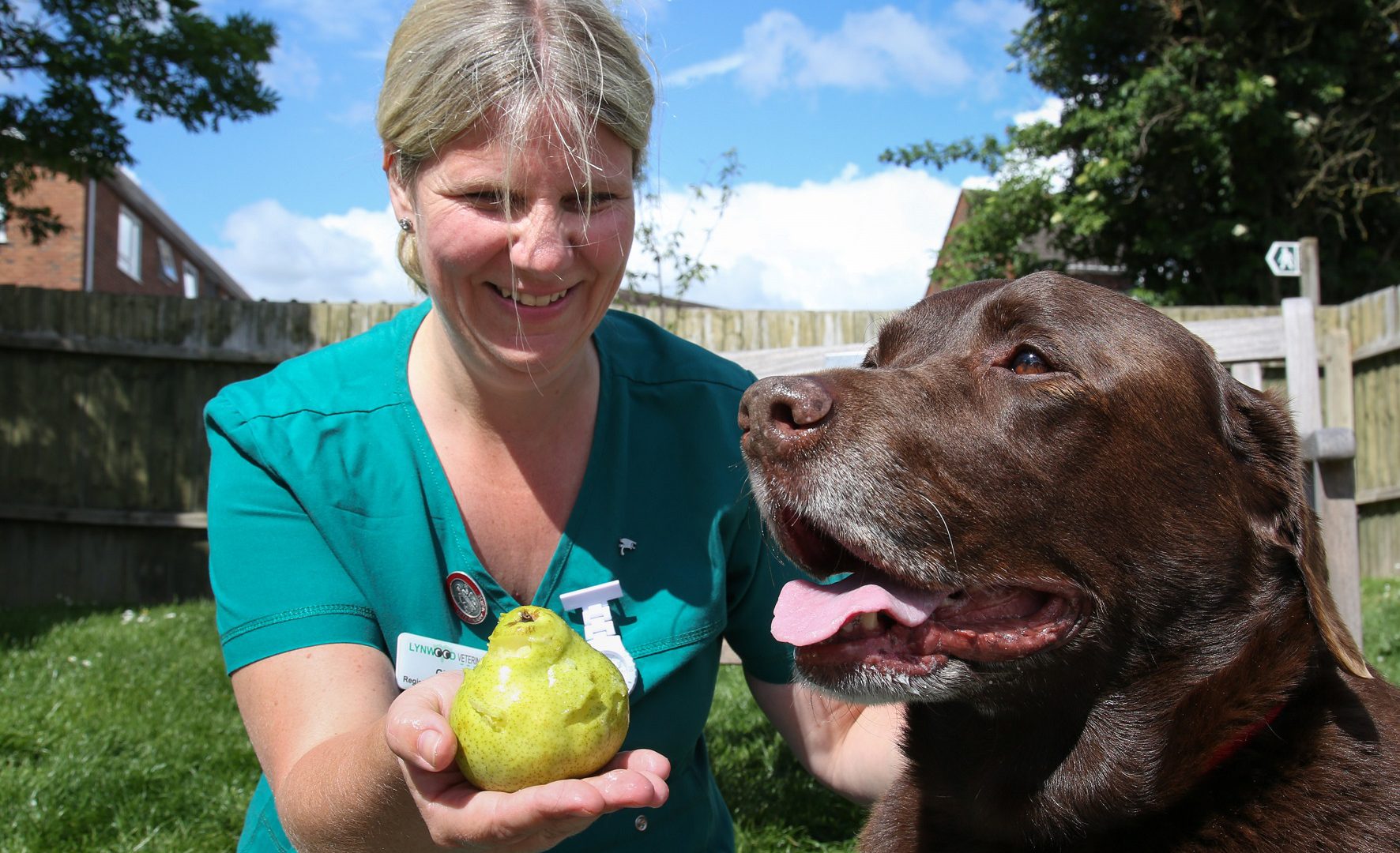 A CHOCOLATE labrador has shed around a third of his body weight after getting active and kicking the sugary treats for healthier eats.

Jenson tipped the scales at 58kg (128lbs) when his owner was advised by vets at Lynwood Veterinary Group in Wimborne that he needed to burn off some of his bulk.

Since setting off on his weight loss journey, the nine-year-old labrador has shed 17kg (38lbs) – just under a third of his body weight, helped by a balanced diet and snacks like pear and carrot.

Jenson’s owner, David Quinton who lives in Scott Close, Poole with his partner Margaret, said the transformation in Jenson’s lifestyle had been remarkable.

David said: “He is so much happier in himself as he is not panting all the time when walking around. It’s been really great to see the change.

“Jenson did damage his leg muscles when he was younger, so he has always struggled a little with walking and this perhaps led to him becoming overweight as he was never very active.

“He got quite large and the veterinary team at Lynwood told me it was time to do something about it and put Jenson on a weight loss programme.

“I cut down the size of the meals he was eating and finished with any treats. He likes his carrots and will have a pear once a day.”

Veterinary nurse at Lynwood, Gisela Luckhurst said: “Jenson’s owner has been so dedicated to his dog’s weight loss. It has really improved Jenson’s life as he now has much healthier joints and stronger legs to allow him to get the exercise he needs and enjoys.”

Pet obesity continues to be one of the key welfare and health issues facing pets in the UK, with owners dishing out treats a major cause of this.

According to the latest Paw Report, published by the People’s Dispensary for Sick Animals (PDSA), vets and vet nurses estimated that 46 per cent of the dogs they see in their practice each week are overweight or obese.

It adds that 91 per cent of owners give rich treats to their dog, with cat owners at 81 per cent and rabbit owners at 83 per cent.

If treats are to be given to dogs, it’s recommended that this is raw vegetables such as carrot or cucumber.

If you would like to speak to the Lynwood Veterinary Group team about a weight management consultation for your pet call the practice on 01202 882101.