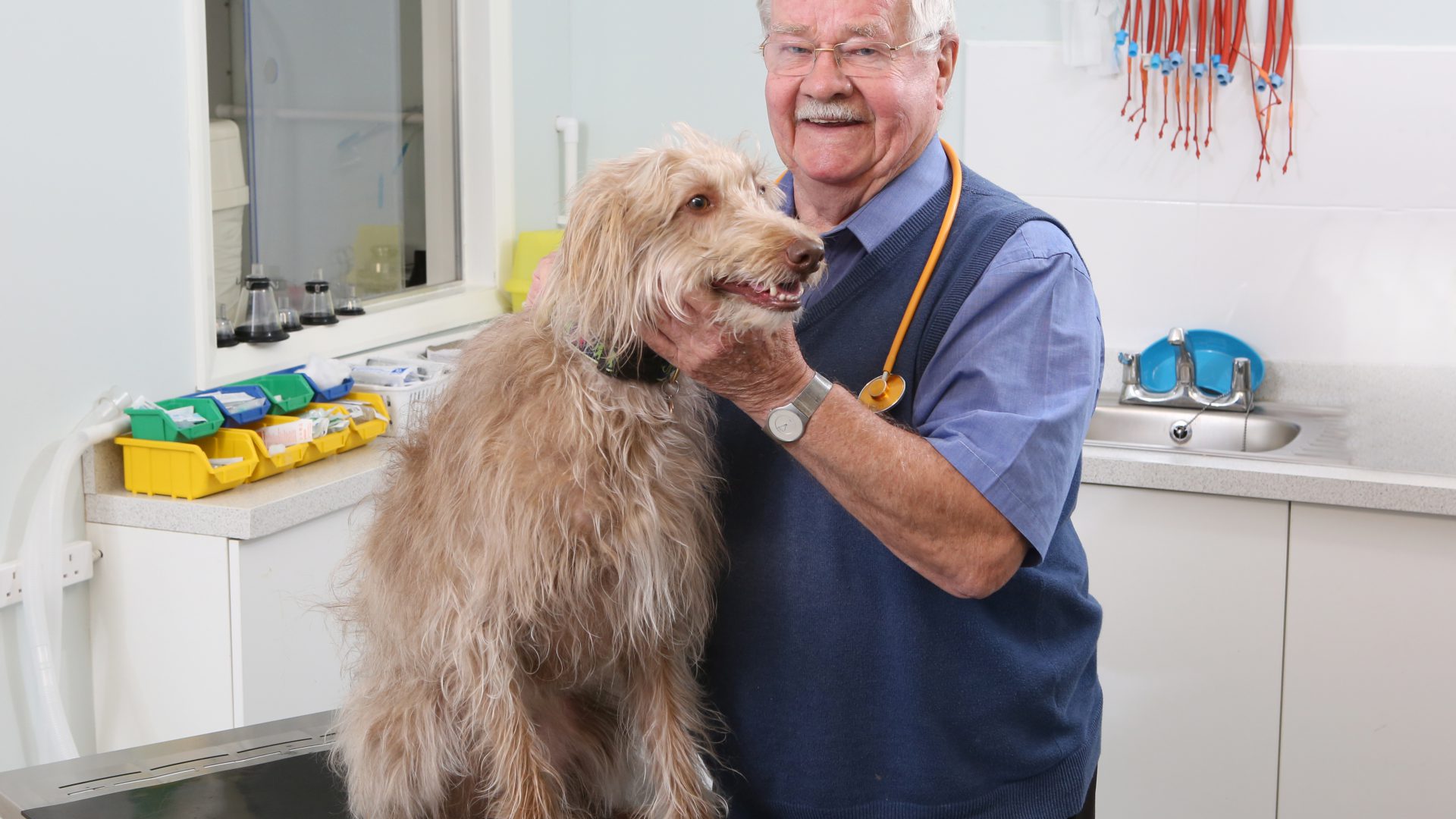 A YORK vet still practicing at the age of 82 says he has no plans to hang up his stethoscope as he approaches 60 years in the profession.

The veterinary world has changed beyond recognition since Willie Anderson qualified from Glasgow University’s Vet School in 1959 – the same year Cliff Richard topped the charts with Livin’ Doll, the first Mini car went on sale, and the first section of the M1 motorway was opened.

But some things have remained the same as Willie has been a familiar face to York pet owners and farmers since joining Tower Veterinary Group in York in 1960.

Willie retired as a partner at Tower Vets at the age of 65, but has since stayed on to work every Wednesday and Saturday morning for the past 17 years.

Despite undergoing three hip replacement operations, he says he feels fit enough to continue, and admits he still loves meeting clients and their pets at the practice’s Haxby branch.

Remarkably, Willie is one of 38 vets in their eighties who still hold a practicing registration with the Royal College of Veterinary Surgeons (RCVS). There are approximately 26,500 vets on the register, so he is part of an elite band.

Continuing as a vet helped Willie cope with the tragic loss of his wife, Mirale, who was killed in a car crash in 2010 while the couple were on safari in South Africa.

“I still enjoy being a vet and I feel very lucky to have a job that makes me enjoy going to work every day,” he said.

“I have never been tempted to fully retire, but I’ve always said that if Tower Vets want me to go they only have to say. Fortunately, they want me to stay and I love meeting clients and their pets.

“If you know how to handle people and treat them with respect, you will be a success in practice.

“I started as a cattle and sheep vet, but then developed an interest in small animals. Even during times of very physical, hard work like dehorning cattle, I’ve loved every minute of being a vet and that’s why I’m still here.”

Willie grew up on his parents’ dairy farm in Galston, near Kilmarnock, but decided against following into the family business to become a vet.

After qualifying as a vet at Glasgow University, he remained at their veterinary department for a year.

In 1960 he joined Tulloch and Slee, which later became Tower Veterinary Group, and ran the large animal side from his home in Sutton-on-the-Forest, near York. He knew Alf Wight, famed author of All Creatures Great and Small, who owned the neighbouring practice.

Willie, who will celebrate 60 years as a vet in 2019, has witnessed big changes in the veterinary profession.

“When I retired from full-time practice, I was head-hunted by Defra following the Foot and Mouth outbreak to work on the bio-security side and liaise between veterinary practices and the Government. It was a massive outbreak and it changed farming forever.”

A keen gardener, he has opened his garden to the public to raised £40,000 for local charities, including York Air Ambulance and a children’s hospice.

Nicola South, RCVS Head of Registrations, said: “Being a vet is a life-long calling and passion for many of our members, so it is fantastic to see so many continuing to work past the traditional retirement age and still be contributing to improving animal health and welfare.

“Out of the approximately 24,000 veterinary surgeons with a ‘UK practising’ registration Willie Anderson is one of only 38 who are in their 80s, so it is a very impressive achievement.”