Appeal for dogs to help save lives – by giving blood 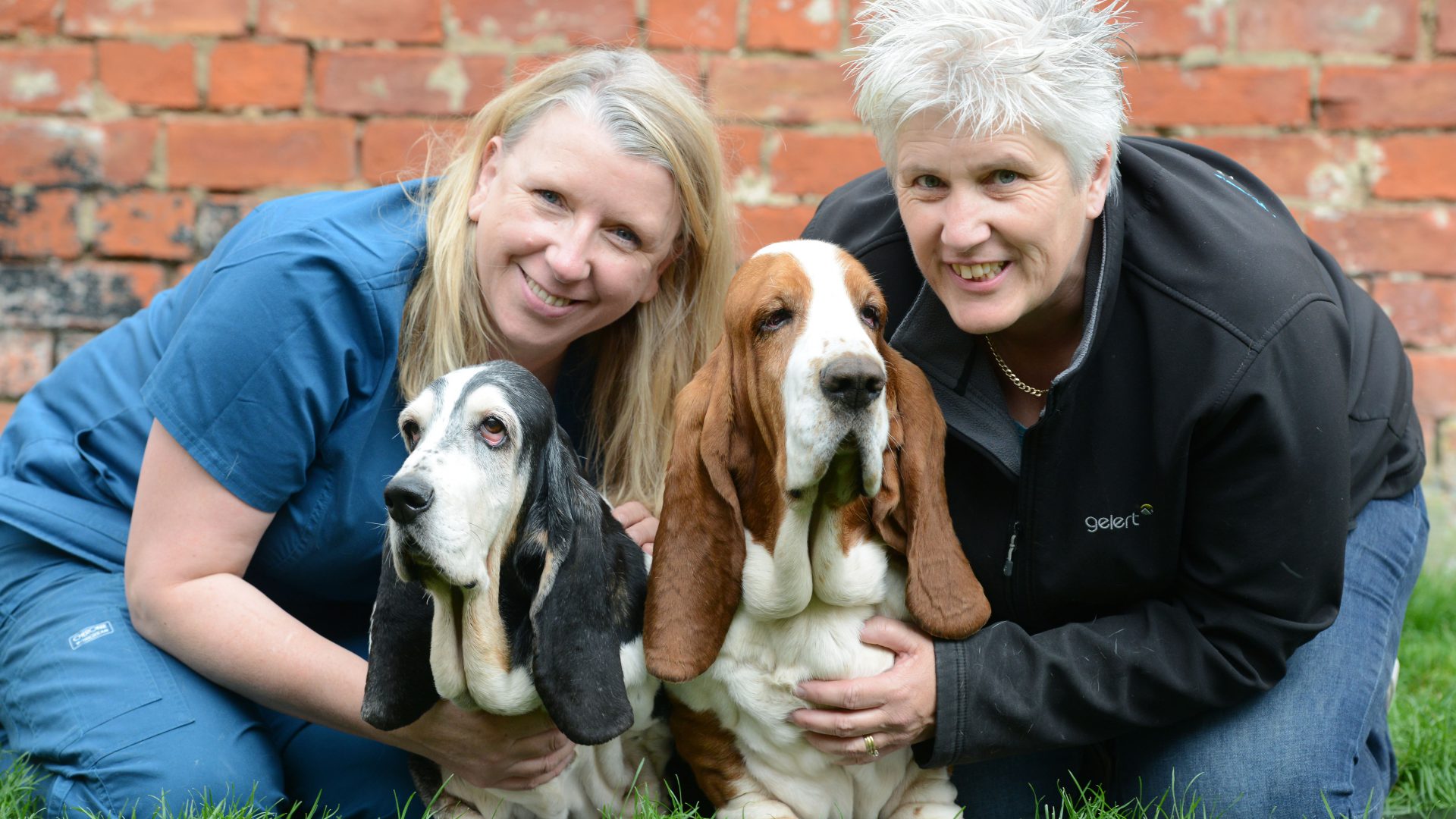 EASTFIELD Veterinary Hospital is appealing for dog blood donors after a Basset Hound was saved by another family pet.

Breeder Debbie Ellrich feared she might lose her beloved pet Bubbles after the 12-year-old Basset Hound cut her gum on a treat, causing severe bleeding that wouldn’t stop.

As she became weaker and weaker and her blood count began to fall, vets at Eastfield Vets in North Thoresby, near Grimsby, advised an emergency blood transfusion.

A shortage of registered donors meant Eastfield Vets had to use blood from another of Debbie’s Basset Hounds, James, to save her life and Bubbles went on to make a full recovery from her ordeal.

Now Debbie, who has bred champions, has registered four of her dogs as donors at the veterinary hospital and Eastfield Vets is appealing to other owners to come forward and sign up their pets so they can be called up to give blood in an emergency.

Donated blood would be used to save the lives of dogs that have been involved in an accident or are seriously ill.

To become a donor, all dogs must be fit and healthy, aged between one and eight, weight more than 25kg, have a good temperament, have never travelled abroad, be fully vaccinated and not on medication.

Eastfield Vets Clinical Director Dr Wendy Adams said: “We are looking to have a group of people with larger dogs who we can call upon in an emergency and allow us to use their pets as donors.

“While we don’t often need blood, whenever we do, it is an urgent situation.

“There are lots of reasons why dogs may need a blood transfusion, including a heavy loss of blood following an accident, or the rupture of an abdominal tumour, often on the spleen, but also sometimes involving the liver or major blood vessels.

“There are some medical conditions that may also mean an animal needs a blood transfusion, such as following ingestion of rat poison, or an autoimmune disorder known as IMHA.

“Giving blood is safe and it is potentially life-saving.”

Bubbles needed the blood transfusion to enable her to be safely anaesthetised before cauterise her gum to stop the bleeding. She had cut her gum while eating a cow’s hoof treat in the back garden of owners Debbie and Malcolm Ellrich’s home in Cabourne, Lincolnshire. Although her blood was clotting normally, there was a small artery that had been damaged and this meant that every time Bubbles tried to eat anything, she reopened the wound and would start bleeding again.”

Mrs Ellrich said: “We received a call from the vet to say Bubbles needed a blood transfusion and if we had a dog that would be suitable.

“James is quiet and steady and he has ended up saving her life.

“I’ve signed up four of my dogs, James, Edward, Marco and Adam, as blood donors, and I would urge others to register their dogs as you just never know when someone’s pet might be in dire need of a transfusion.”