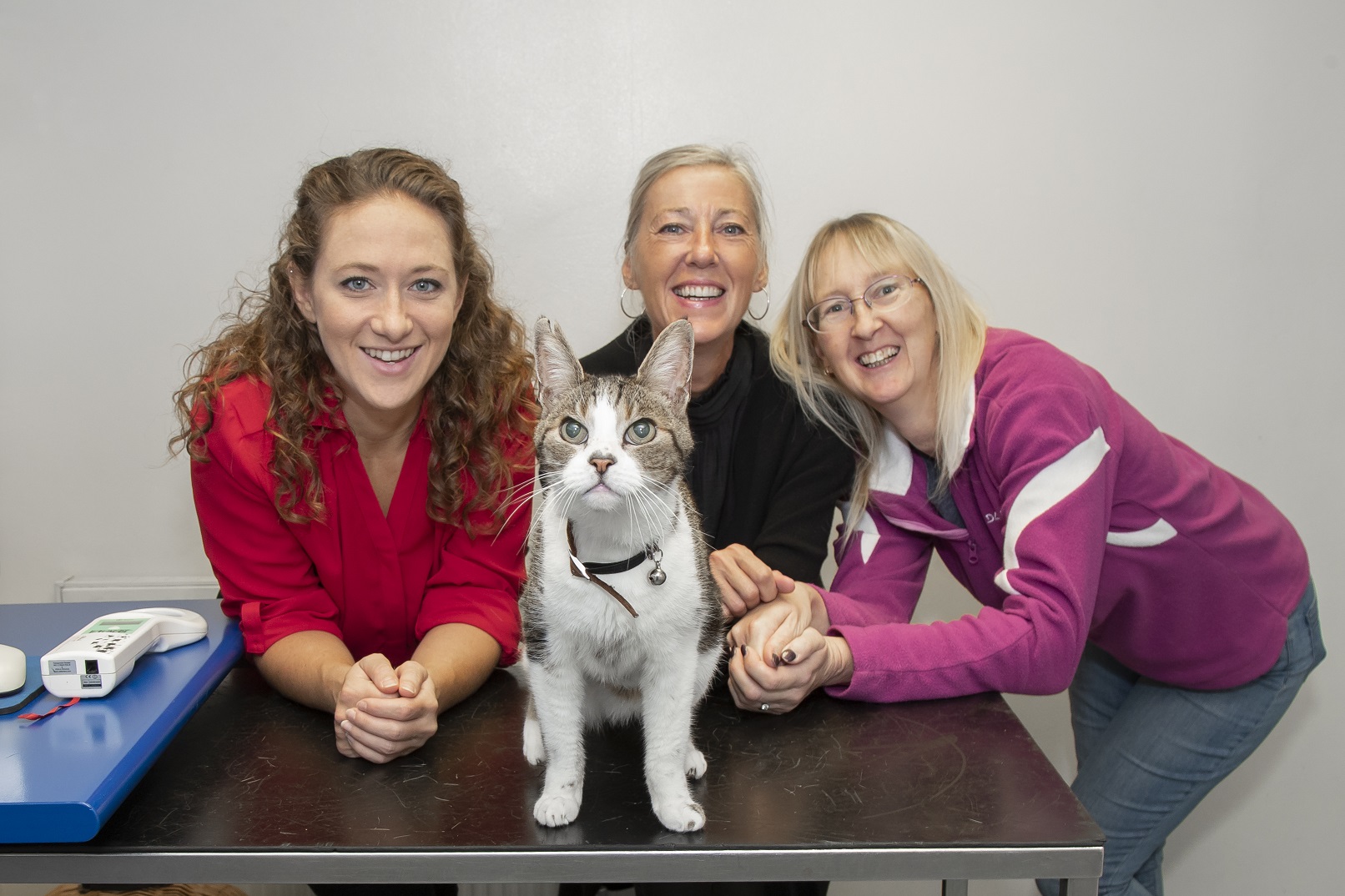 AN ESSEX veterinary practice has called on owners to have their pets microchipped after a missing cat was reunited with his owner.

Moggy Jasper had been absent from his home in Chingford for five months before a series of happy coincidences led to his arrival at Forest Veterinary Centre in Woodford Bridge.

His owner Cathy Lilley had started to lose hope of ever seeing her beloved cat again after attempts to locate 17-year-old Jasper, who suffers from hyperthyroidism a common disorder in older cats, had all failed.

However, Jasper had been handed over to cat rescue charity The Scratching Post by a woman who had spotted him wandering in her neighbourhood over the summer.

The Scratching Post volunteer Sue Gawne thought she recognised Jasper as belonging to one of her clients who had previously used her cat holiday feeding service, Katz at Home.

When Sue took Jasper to nearby Forest Veterinary Centre for a check-up her hunch was confirmed when staff recognised the client’s name as one also registered to the practice, and who had reported a cat missing earlier in the year.

Mrs Lilley was contacted to say they believed Jasper had been found. A delighted Mrs Lilley, who was on holiday in Cyprus at the time, was then reunited with her cat using the FaceTime video-calling technology.

The case has prompted a warning by the practice to microchip pets. It has been a legal requirement to microchip dogs since 2016 and there are now calls for cats microchipping to be compulsory too. 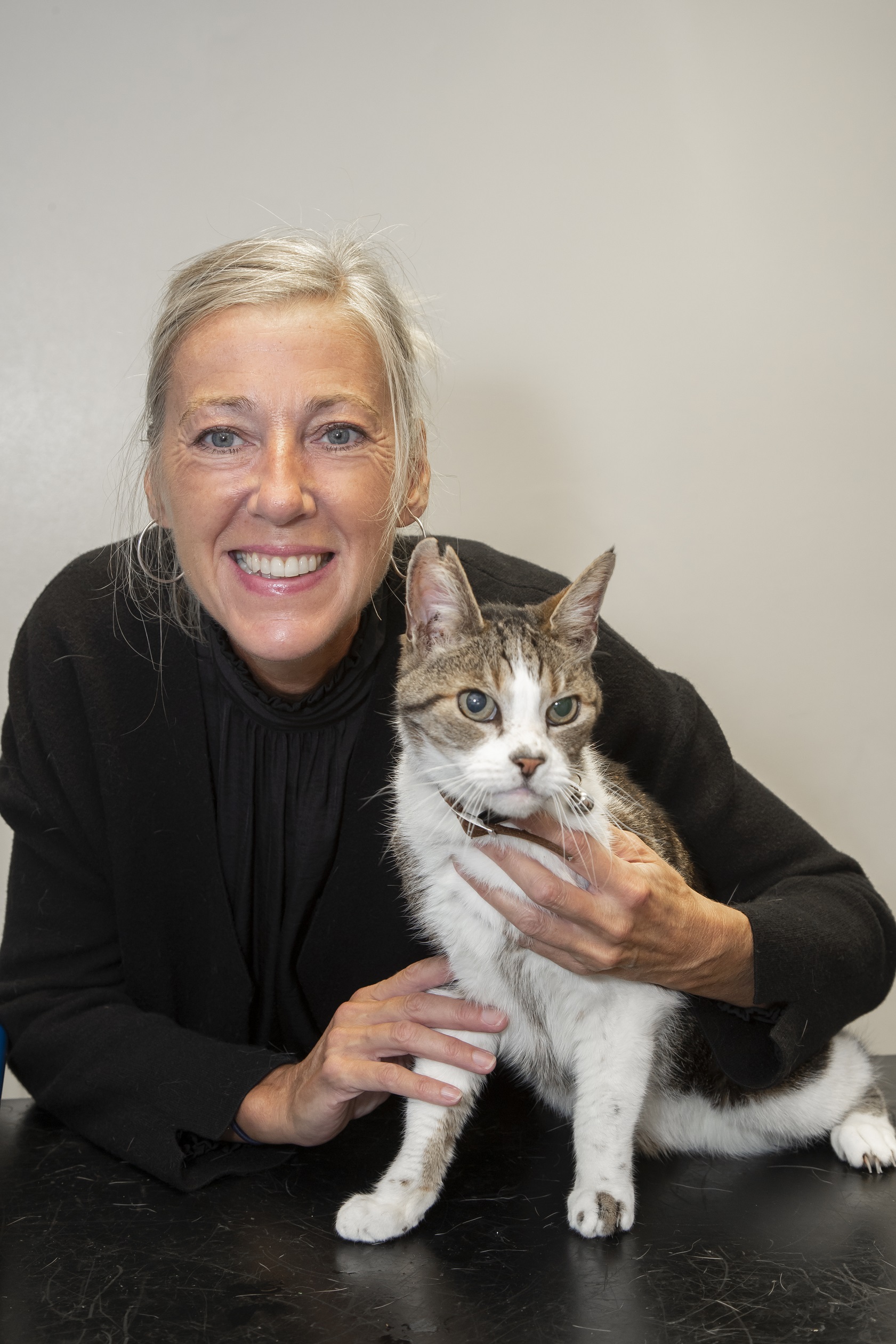 Because Jasper was not microchipped it delayed the time it took to identify him and get him home. Jasper has since been microchipped along with Mrs Lilley’s other two cats Simba and Bert.

Mrs Lilley said: “I am just so delighted to have Jasper back home with me. We moved to our new home at the end of the March and it wasn’t long after that Jasper went missing.

“We put posters up to try and find him and I even spoke to the council to check if the refuse collectors had seen him. However, as the weeks went by we had started to give up hope as Jasper is old and suffers with thyroid problems.

“We have owned Jasper since he was a kitten so to have the FaceTime call from the practice while in Cyprus really made the holiday. I can’t thank everyone enough for helping to get Jasper home and I am happy to say he is back to his old self.”

Jenny Peacock, Deputy Head Nurse at Forest Veterinary Centre, said: “Jasper suffers from hyperthyroidism and our surgery has a special referral unit to treat this illness, so we are familiar with both him and his owner Mrs Lilley.

“It was fortunate that Jasper was found and taken to us, so we could get him home. However, if he had been microchipped this process would have been even quicker.

“Cats and dogs are often prone to wandering, particularly if they have been recently moved to a new home so by microchipping your pet this provides peace of mind that they can be returned quickly when found.”