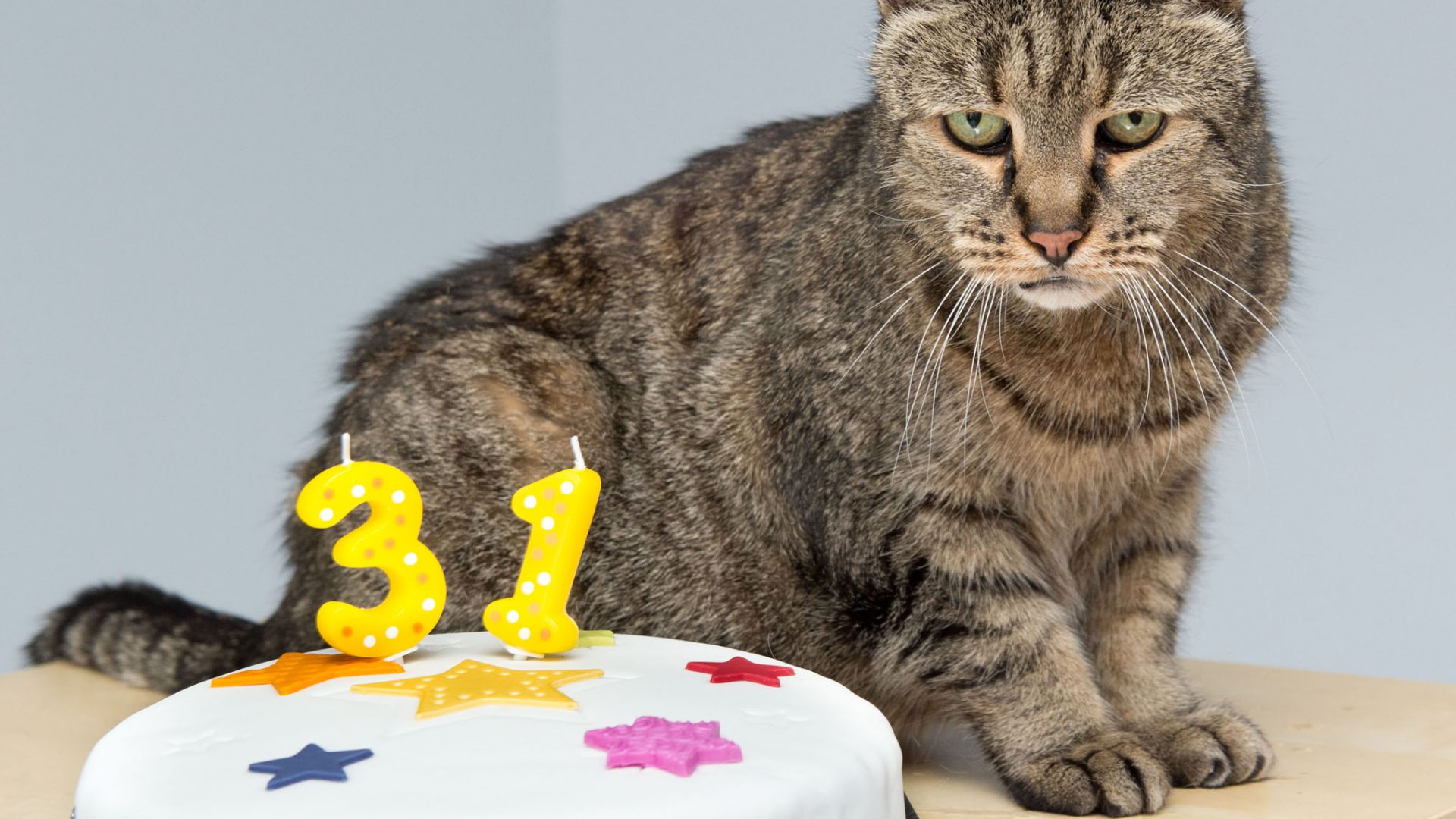 A TYNESIDE cat thought to be the world’s oldest moggy has died – at the incredible age of 32.

Nutmeg was taken to Westway Veterinary Group in Newcastle with breathing difficulties, but vets were unable to save him after he suffered heart failure

Heartbroken owners Liz and Ian Finlay, from Blaydon, admit the death of their beloved pet has left a massive hole in their lives.

The couple adopted Nutmeg after finding him in their garden in 1990. They took him to Cats Protection, where vets told them he was at least five, making him 32 when he died.

Until his death, he was thought to be the oldest cat in the world, taking the crown of 26-year-old Corduroy, the Guinness World Record holder. The Finlay’s tried in vain to find a record that they took Nutmeg to the Cats Protection in 1990 to verify their claim.

Nutmeg kept outliving all of his nine lives and underwent lifesaving treatment at Westway’s main veterinary hospital on West Road, Newcastle, after suffering a stroke in 2015.

The moggy marvel battled back to health, but had to be put to sleep following his latest illness, leaving his owners distraught.

Liz said: “I feel like my heart has been ripped out. He is such a miss as he was a huge character, who was dearly loved.”

Ian added: “I can hardly put into words how much we miss him. It has left a big hole in our lives, but we still feel he is with us in spirit.

“After his death we just had to get away for a week’s holiday, but it’s done nothing to heal the pain as he was such a special pet.”

Westway Vets Managing Director Jason Atherton said: “Having cats of 20-21 registered with the practice is becoming more and more common.

“But Nutmeg was a real exception because he was 10 years older than our oldest feline patients.

“Cats are living longer thanks to better nutrition, better care and better monitoring of patients. He was clearly a much-loved family pet to have had such a long, happy life with Mr and Mrs Finlay.”

Nutmeg was in a bad way when arrived at the Finlay home in Blaydon in 1990 as he was suffering from a nasty abscess on his neck.

Liz and Ian managed to coax him into their home with food, before taking him to Cats Protection, who said they could keep the stray as they thought he had been abandoned.

Ian said: “He was checked over by Cat Protection, who said the condition of his teeth made him at least five years old and we owned him for 27 years. He knew where he was going to be well off and he particularly loved my wife.

“He was not our cat – we were his humans and he never let us forget that. I think that was the secret to his long life.”