Doug the Pug saved by vets after swallowing cement powder 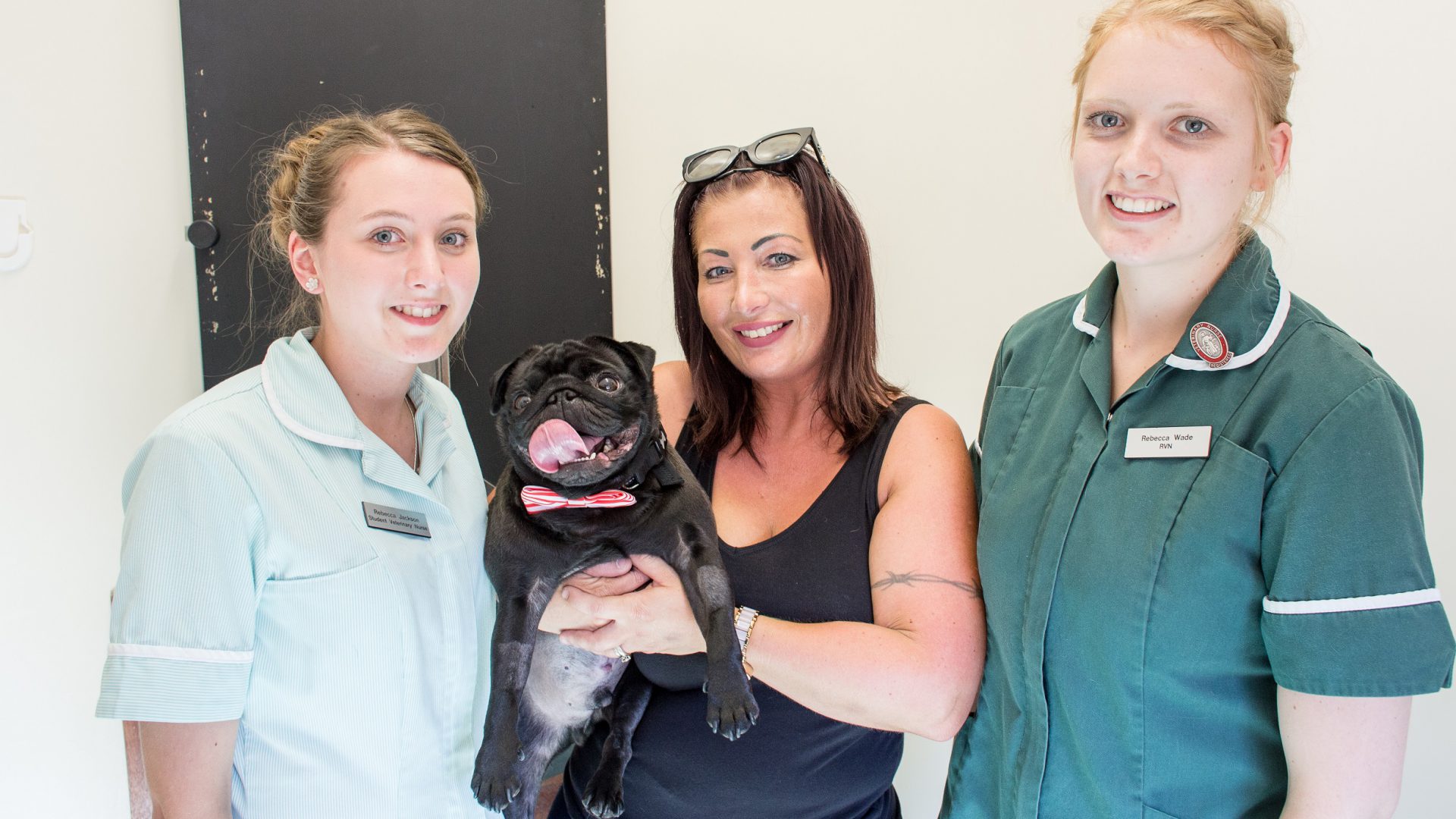 A PUG has made a full recovery following extensive treatment for life threatening symptoms caused by swallowing powdered cement.

Doug the Pug was brought to Northlands Veterinary Centre’s hospital in Kettering by owners Tanya and Daniel Beckett.

Their beloved three-year-old pup had inhaled the cement powder while in the garden of their home in Prospect Avenue, Rushden.

The couple were re-laying paving stones and Doug discovered the powder after he escaped into the garden when the back door was left ajar.

Doug’s owners knew something was wrong with him when he wasn’t as active as normal, so they took the dog to Northlands where he was cared for by veterinary surgeon Adrian Taielup and his team.

At first vets were baffled by Doug’s condition as initial examinations of blood samples drew a blank. By this time Doug had started to vomit and wasn’t eating so he was kept in overnight.

An x-ray shed no further light even though Doug’s stomach appeared to be full and his esophagus extended, but the cause of this remained unclear. An endoscopy later revealed small erosions to Doug’s throat and tiny specks of a grit like substance sticking to his stomach wall.

It wasn’t until his owners recalled they had spotted Doug briefly licking the cement powder that vets were able to pinpoint the precise origin and give the pug the treatment required. He was kept at the hospital until his strength and appetite returned one week later.

Adrian said: “This was an unusual case for us and it was a good thing we did lots of investigations so we could alleviate Doug’s discomfort before we finally got to the exact cause of the symptoms.

“When mixed with water cement powder can expose animals to the risk of what are essentially chemical burns as it becomes a highly potent, corrosive substance. In Doug’s case, this had inflamed his esophagus and caused a buildup of acid in his stomach.

“With the 24 hour care we have at Northlands it meant Doug could have the treatment and respite he needed to make a full recovery.

“We advise that if you are carrying out DIY at your home then make sure you take extra care with pets.” 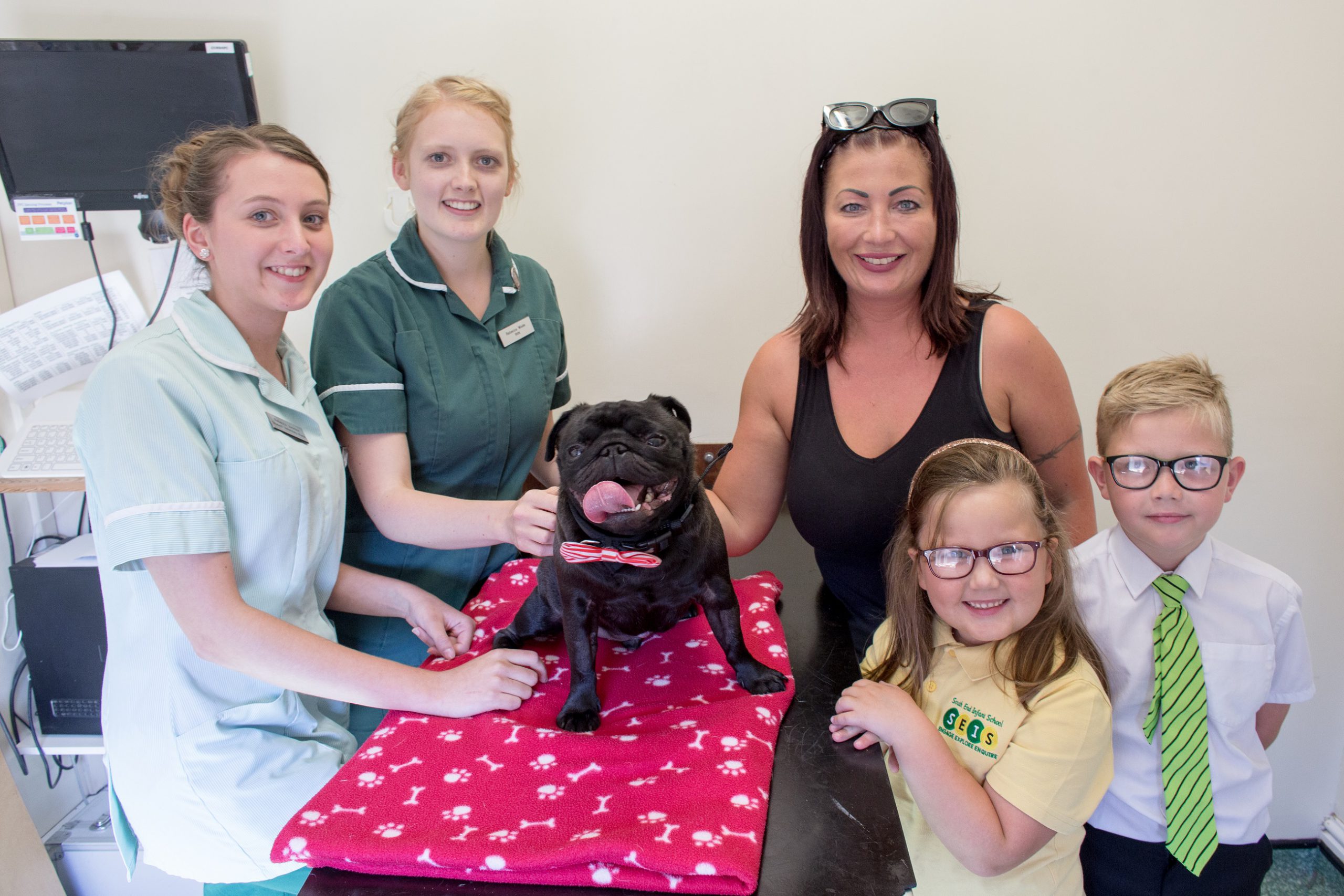 Tanya, who works as a health care assistant and has two children called Liam and Lily, said: “When I found out what had happened to Doug I was beside myself.

“We could tell he wasn’t right as he was whining and wasn’t able to jump up the front step as he normally can, but we had no idea what was wrong with him.

“The vets did a fantastic job treating and looking after Doug in what was a very stressful time where I was visiting him at the hospital each day.

“He is such a big part of our family and is now back to his former, loving self, and following me around wherever I go.”

Liam, 9, added: “I was so happy when Doug came home. It wasn’t the same without him.”