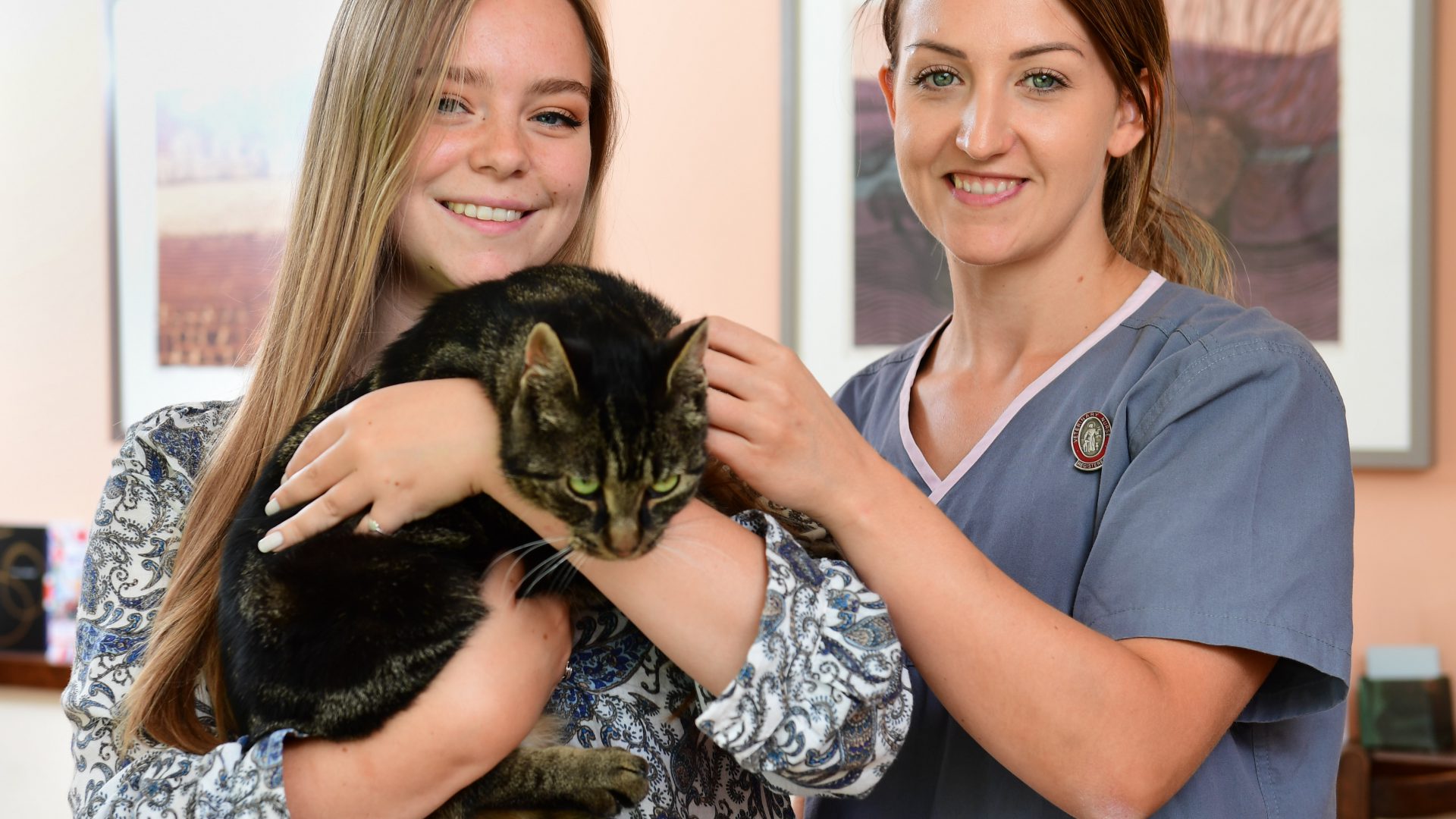 A FAMILY has been left in shock after their missing cat returned home –two years after she disappeared.

Ella admits she had given up all hope of ever seeing Cobweb again and was stunned when mum Lizzie Hughes received a call from their local veterinary practice in September to say the missing moggy was at the surgery.

Cobweb had been temporarily living at Clacket Lane service station on the M25, less than 20 minutes away, and the manager took her to Mark Nelson Vets to see if she was microchipped because passing motorists had enquired about adopting the stray cat.

The veterinary practice in London Road, Westerham, was able to check her microchip and trace her owners.

Cobweb had often gone wandering off but her owners always hoped she would return. They believe her difficult relationship with her brother, Tempest, might have been to blame for her leaving home.

However, as weeks turned into months, their hopes of seeing her again faded.

Ella, 19, who is studying zoology at Bristol University, said: “Up to a year after she disappeared, my mum wandered round the countryside calling for her.

“It was extremely upsetting and we just hoped that she would cope living rough as she is streetwise. We thought the best-case scenario was that someone might have taken her in.

“She was always very happy at home with me and my family, it was just as they didn’t have a good relationship with her brother, from the same litter.

“After two years, we had no expectation of ever seeing her again. When my mum received the call from Mark Nelson Vets, it was so emotional, we both started crying.”

Cobweb is now settling back at home and has been treated for a skin condition. She has doubled in weight as she was just a young cat when she went missing.

The emotional reunion has prompted calls for owners to have their pets microchipped – and keep the details up to date.

Mark Nelson Vets head veterinary nurse Gemma Wade said: “Without a microchip, it is unlikely there would have been such a happy ending for Cobweb and her owners.

“Because the family had registered her as missing, we knew when we scanned her that this was a missing cat. It is rare that a cat that has been missing for so long to be returned to their owners because often owners move house and don’t update their contact details.

“Having your pet microchipped is inexpensive and painless, and can help you be reunited with your lost pet.”