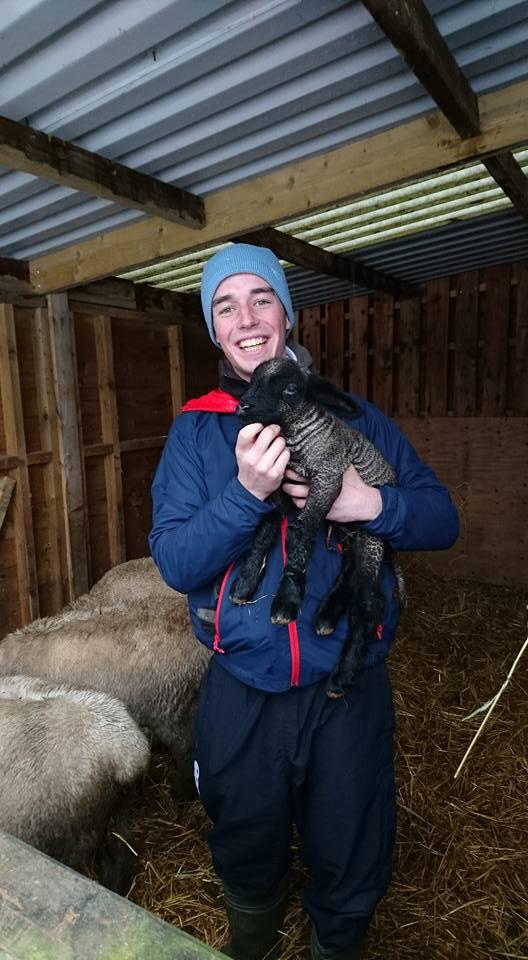 THE father of Scottish vet Cameron Gibson, who died by suicide, is set to embark on an epic 1,200-mile walk from Land’s End to John O’Groats to raise money and awareness to try to prevent more tragedies.

Professor John Gibson was devastated by the tragic loss of his 24-year-old son Cameron, a farm vet at Clyde Veterinary Group in Lanarkshire, in October 2019.

John, pictured, is tackling the mammoth journey to raise £250,000 for The Canmore Trust, a charity set up with his wife Isobel, son Malcolm and daughter Eilidh in Cameron’s memory, with the aim of preventing more suicides and supporting those affected when someone dies by suicide.

The walk, called #onemanwalkingamilliontalking, will take John around two-and-a-half months, averaging 20-plus miles a day, and his wife will join him for most of the stages.

He is expected to complete the journey in August and plans to visit Callander, near Stirling, where the family live, so he can say a special thank you to local people for their love and support.

John, who is Emeritus Professor of Oral Medicine, School of Medicine, Medical Sciences and Nutrition at the University of Aberdeen, said the walk has extra poignance because it was by getting out walking in the fresh air that he was able to deal with his own grief.

He clocked up 2,500 miles preparing for the walk from Land’s End to John O’Groats, and admits to a rollercoaster of emotions as he gets ready to set off on Monday 13th June.

John said: “I’m excited about the challenge but I wasn’t prepared for how emotional it would feel, because the one person who would have loved to accompany me on this adventure is Cameron, who loved walking and the great outdoors.

“We are doing this for Cammy. We miss him dreadfully and don’t want any other family to go through this. When Cameron died, I had to walk to cope with my grief. I would walk for many hours because I struggled to stay indoors and I also met mothers and fathers affected by suicide.

“While we need donations for what The Canmore Trust wants to achieve, the walk isn’t just about the funds. The hashtag #onemanwalkingamilliontalking means that we want to open up conversations about suicide and bring it into the light. According to national statistics, many young people have suicidal thoughts. We want to prepare young people with suicide safety planning in case those thoughts arise, and help to keep them safe.”

With Cameron, there was no history of psychological distress and he left no note to explain his decision, so his death is a mystery to his family, his friends and his colleagues. However, according to the charity Vetlife, the suicide rate among veterinary surgeons is three to four times the UK national average.

VetPartners, the larger UK veterinary group of which Clyde Vets is a part, has donated £10,000 to the fundraising.

A JustGiving page has been set up: www.justgiving.com/LEJoG-John-Gibson

Cameron, who graduated from Glasgow Vet School in 2018, was a popular member of the Clyde Vets team. He loved travelling, his livestock, his dog, skiing, climbing the Munros in Scotland, surfing and cycling. He was also very close to his family.

His parents have a 14-acre small holding, where Cameron proudly helped to look after their chickens, sheep and pigs.

John said: “Cameron never wanted to be anything apart from a vet. We arranged work experience so he could see if he might be interested in human medicine, but he said he didn’t like being inside all the time. He wanted to be outside and working as a farm vet.

“We love the veterinary profession and endorse everything they do. We’re delighted with the donation from VetPartners. The walk has generated huge support as we have been contacted by vets from all over the world, as well as people who have been affected by suicide.”

The Trust set up in Cameron’s memory will undertake work in the field of suicide prevention and suicide postvention. Its aims are to:

The Canmore Trust is an anagram of Cameron – and implies “can do more.”