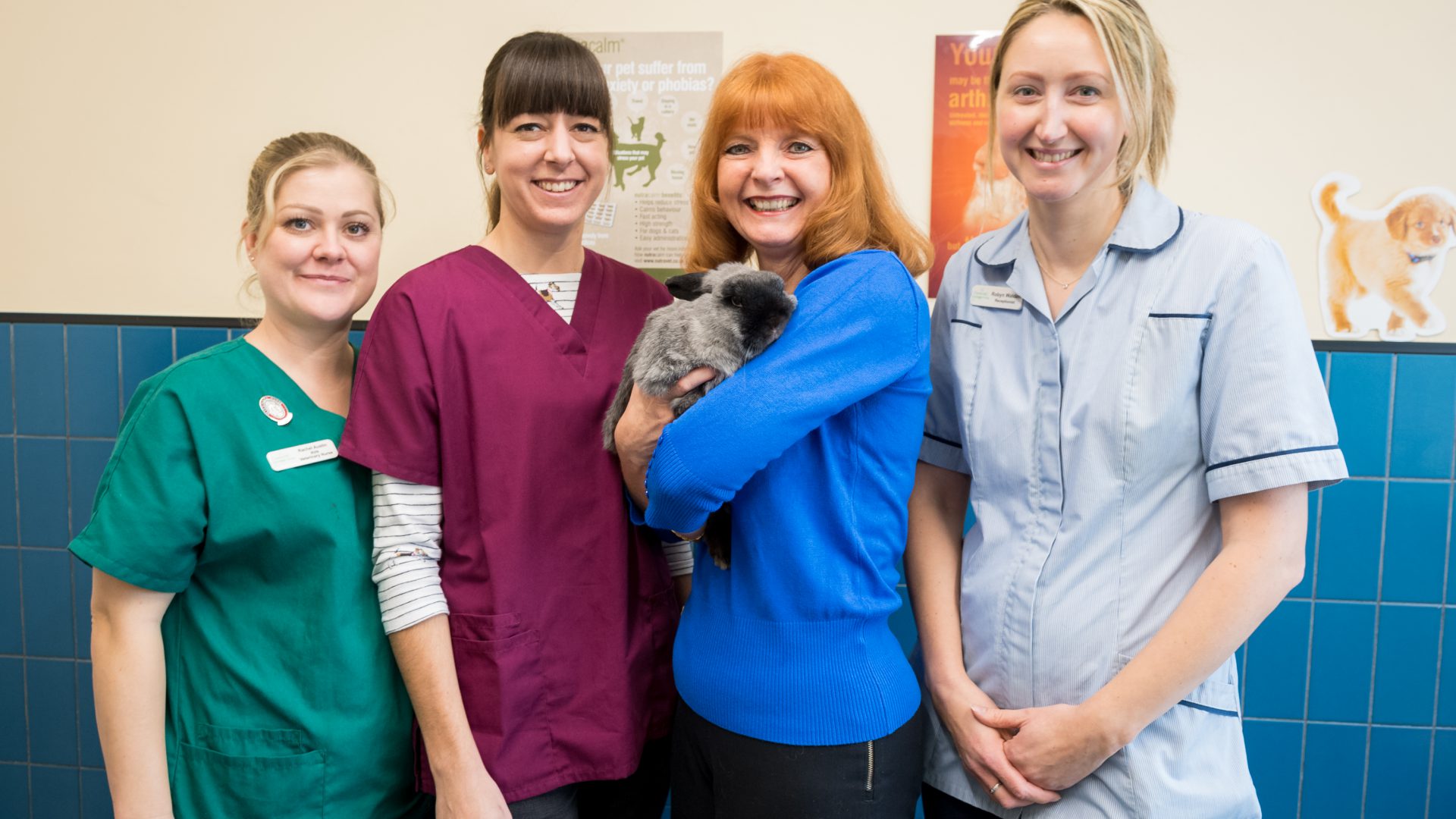 HAPPY and hoppy Hanzel is living the fairytale life aged 12 – almost twice the normal life expectancy for a pet rabbit.

The dwarf rabbit, around 94 in human years, could be the oldest bunny in the region, according to vets at the Ashworth practice in Cove, near Farnborough.

And owner Kerry Sowden, from Southwood, puts Hanzel’s long life down to a healthy and varied diet, regular health checks, and lots of love and attention.

Kerry, who bought Hanzel for her daughter when she was a teenager in 2006, said: “He is an absolute joy. He is an outdoor rabbit by nature, but we wanted him to be comfortable indoors too, so gave him the run of the kitchen while he was younger.

“My two daughters have now left home but he’ll immediately remember them when they come to stay.

“We are careful with his diet and he occasionally has a tendency to stop eating. In the morning we’ll feed him spinach leaves, then throughout the day he’ll have dandelion leaves, fresh hay, and grass cut from the garden. He rounds off his day with kale in the evening.

“As an occasional treat we’ll give him a small bit of apple or carrot, but we have to be careful as these are high in sugar.

“He has his nails clipped, weight and teeth checked at Ashworth Vets and I regularly groom him at home as he moults lots, especially in warmer weather.”

The black, now slightly greying, rabbit has also benefited from being allowed indoors in the evening and enjoys nothing better than cuddling up on the sofa with the family while the television is on.

The bold bunny also has a cheeky side and used to be able to get up the stairs by bouncing over a large cushion put in place as a barricade.

Once the Sowden’s phone line went down after Hanzel fancied a nibble on the cable, and he has also gone through a few phone charger wires over the years.

His floppy ears also come in useful for sounds from the kitchen and he’ll soon skid across the flooring if he hears the fridge or cupboard door open. 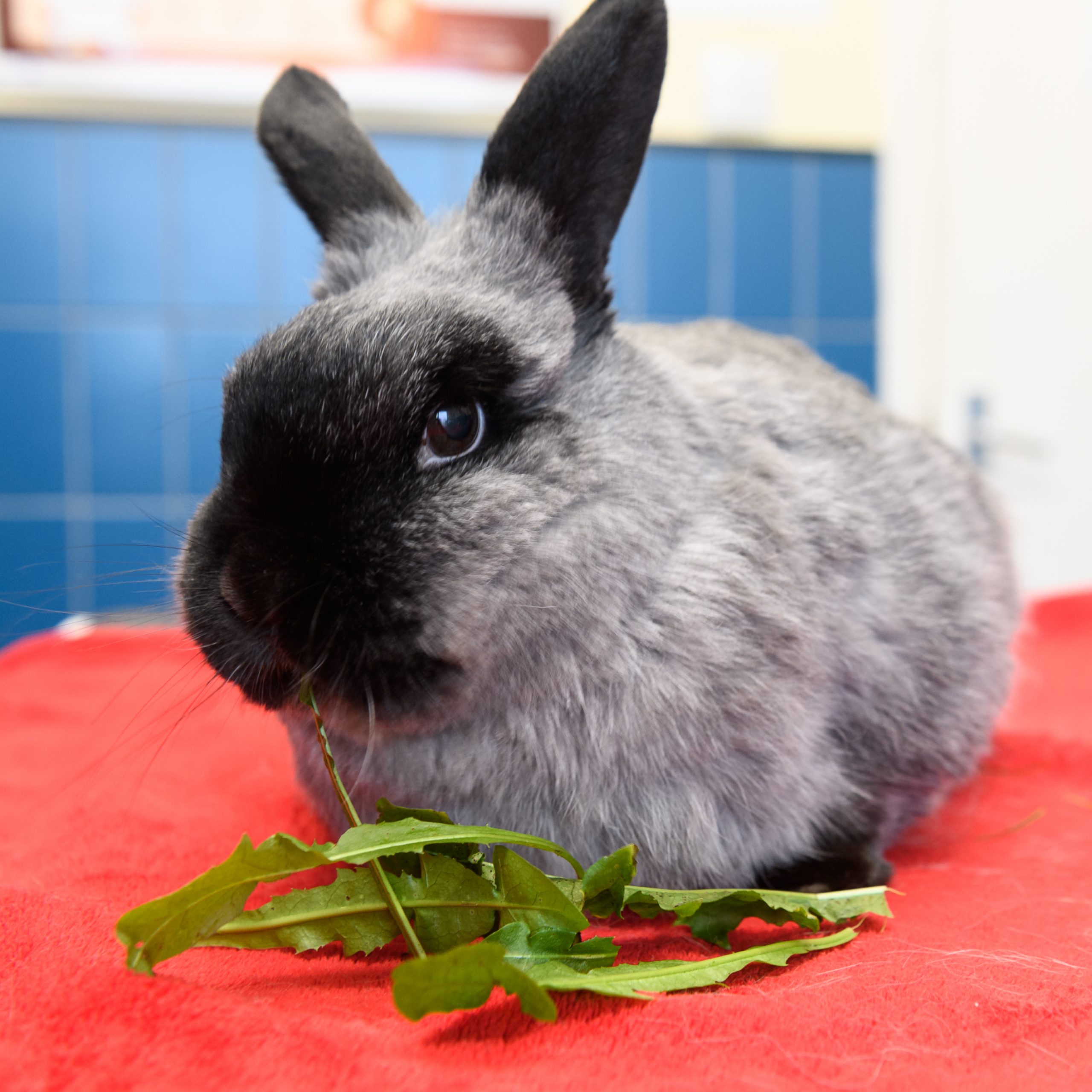 Senior veterinary nurse Kerry Lambert said: “We would generally expect a rabbit’s life expectancy to be between six and eight years, so we are delighted to see Hanzel doing so well.

“His owners have diligently bought him in for regular health checks and vaccinations which has enabled us to ensure he remains fit and healthy and an opportunity to spot things early if there were any problems.

“Hanzel has a little arthritis and sometimes goes off his food, which is common in rabbits, but he is in good health generally.

“He must be one of the oldest rabbits in the region and he has a lovely personality to match.”

To offer extra help and support to owners of older pets, including cats and dogs, Ashworth Vets is running free nurse clinics as part of the practice’s Prime of Life campaign throughout December.

A range of leaflets and other information is also available at the practice’s sites on Cove, Fleet and Sandhurst. For further information and to book an appointment call 01252 542121.