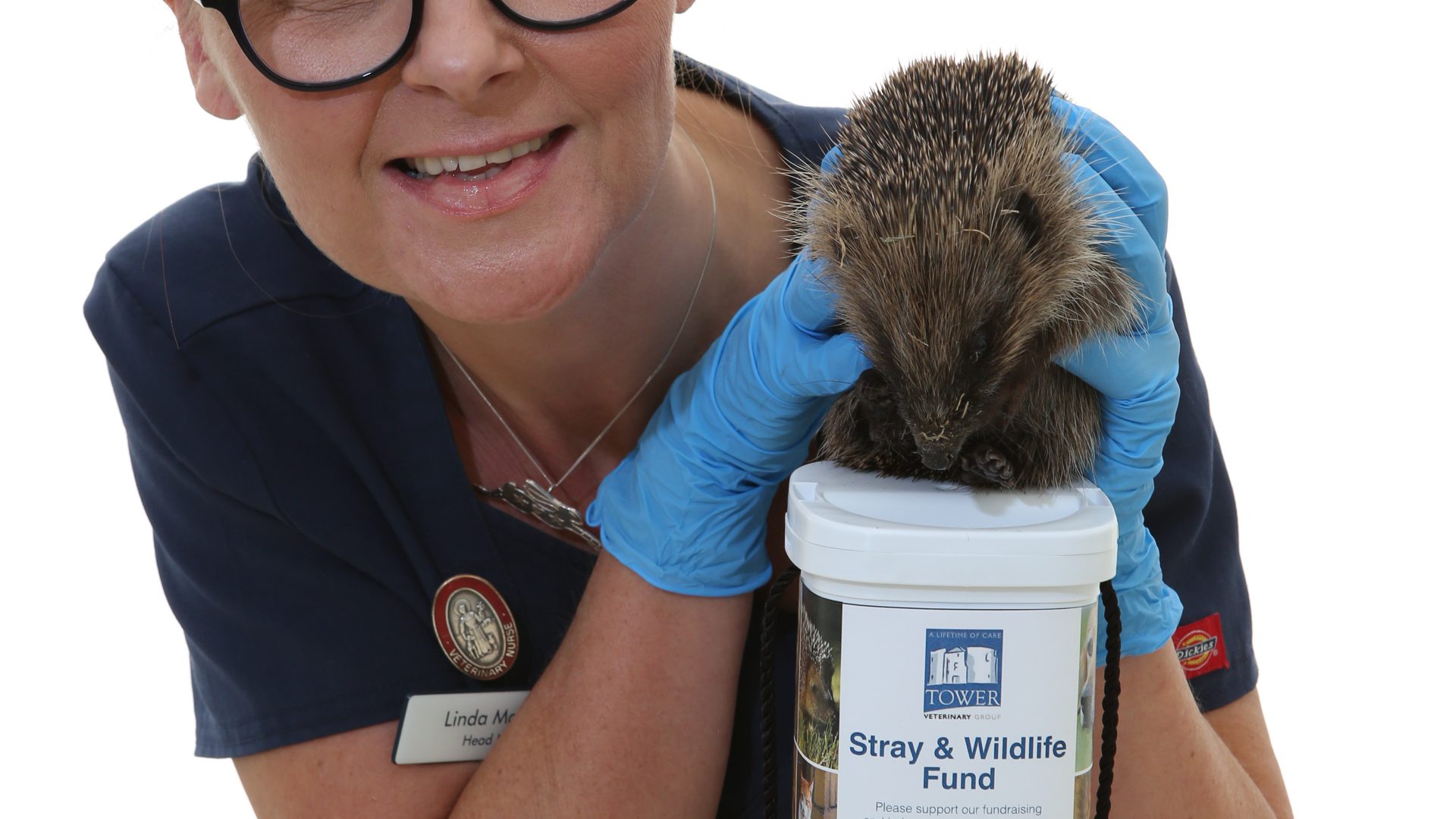 HARVEY the hedgehog has a new lease of life thanks to the skill and dedication of veterinary staff at a practice in York.

At a time when he should be settling down for winter hibernation, hapless Harvey was found wandering by a member of the public who handed him in at the Tower Veterinary Group’s main branch in Fulford Road.

Tired and hungry, Harvey captured the hearts of nursing staff at the surgery who are well used to caring for the prickly little critters.

Their compassion towards wildlife in need of care has prompted the surgery to launch a Stray Fund to help meet the cost of treating stricken animals. Collection tins have been placed in Tower Vets’ six branches across the city and surrounding area.

Harvey is one of 25 hedgehogs handed in to Tower surgeries this year alone. Some have been hit by cars while others have been clipped by lawn mowers, attacked by dogs, suffered flea infestations or flystrike where maggots eat away at their flesh.

Linda McNulty, Head Veterinary Nurse at Tower, explained they would never turn away a sick or injured animal. The fund would help pay for their treatment.

“This is the time of year when hedgehogs should be going into hibernation but Harvey was found just wandering around by a member of the public. We have treated 25 so far this year,” she said.

“We give them first aid and antibiotics, clean their wounds and get rid of fleas and ticks which can make them anaemic. It costs around £1000 to treat stray and injured animals each year which is why we need the fund.”

Other animals and wildlife handed into Tower branches include cygnets, bats, a Canada goose, jackdaw, goslings and many cats – at least one a week.

Linda added: “Vets and nurses put a lot of time into caring for these animals and birds so they can be released back into the wild or stray pets are found new homes when they have recovered. Donations will make a massive difference because the treatment has to be paid for.”

Meanwhile the story has a happy ending for Harvey who after his treatment is being cared for in a wildlife sanctuary.