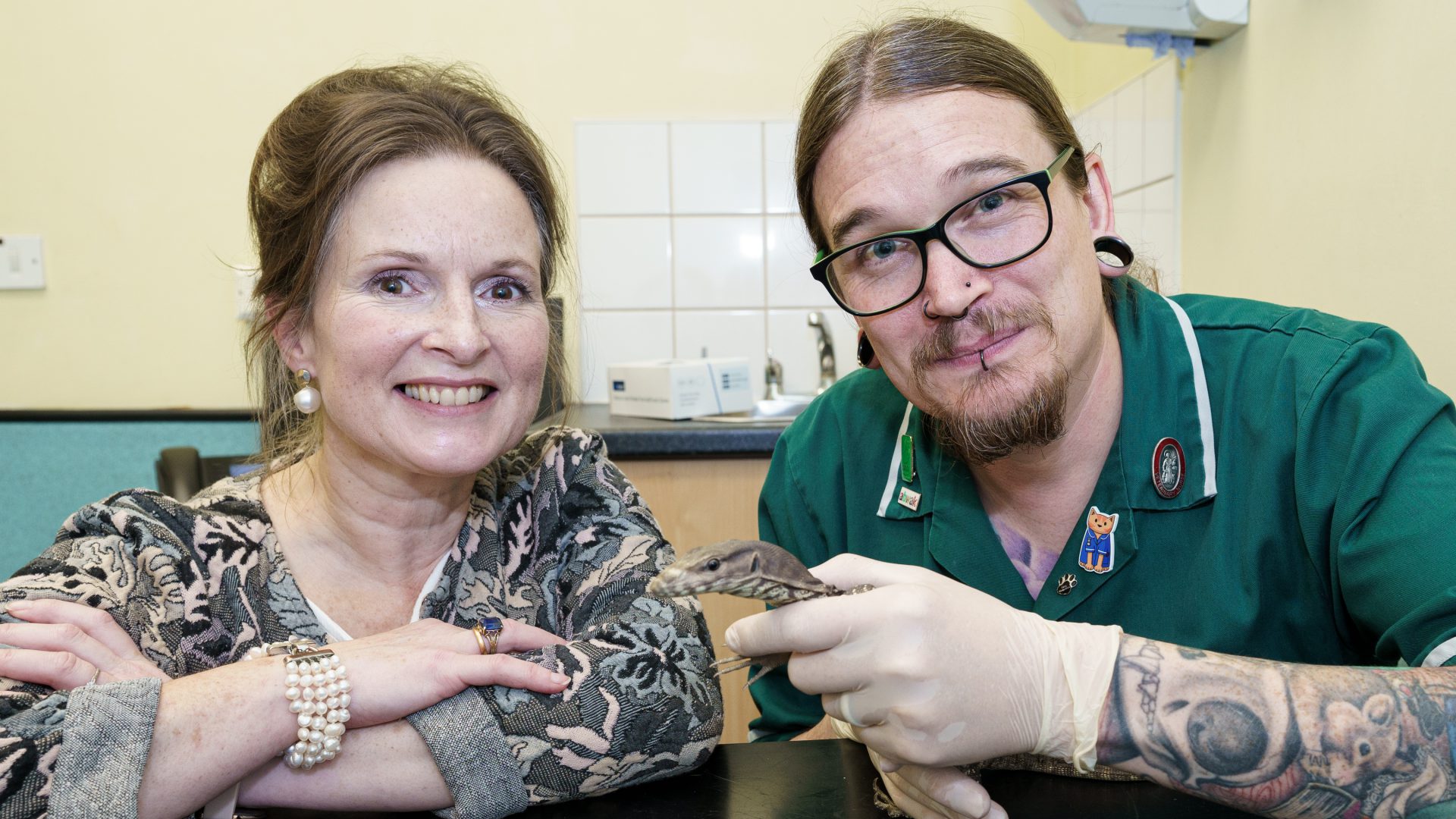 STAFF at Merseyside freight company had the shock of their lives after opening a shipment of sandstone from India as a 2ft lizard crawled out.

The lizard managed to survive a 4,700-mile journey from Mundra Port in India to Alexandra Dock in Liverpool in a 20-foot container containing a tonne of sandstone.

Staff from Freight Logistics watched open mouthed as the creature coolly wandered out of the container when they unloaded the cargo in their warehouse.

The juvenile lizard – an Indian monitor that will grow to more than 6ft as an adult – has been called Miracle after defying the odds to survive its journey without been crushed.

Miracle was taken to Rutland House Veterinary Hospital in St Helens, which has a department for exotics species, and she will remain in their care until a specialist home can be found for her.

Tracy Lockwood, who runs Freight Logistics with her partner Robert Winfield, admitted it was a shock when they opened the giant container and discovered the unusual cargo.

Tracy said: “The lizard must has sneaked in at the other end with the sandstone and we were amazed it wasn’t squashed. We were also concerned about the cold weather compared to what it’s used to, so we made sure we kept her warm.

“It was exciting, and her arrival created a real buzz with staff taking photos, but we were aware a creature had been inadvertently imported into the country and there would be restrictions and regulations. We’ve never experienced anything like this because we don’t transport live animals, just timber, steel and stone.

“We contacted the port owners, Defra, trading standards and Liverpool University but nobody had the faintest idea what to do. Then the RSPCA recommended Rutland House Vets who were a great help.”

Rutland House Veterinary Hospital is renowned for the skills and knowledge of the team in its dedicated exotics department that looks after species like lizards, spiders, snakes and rats.

Veterinary nurse Craig Tessyman said: “We are used to getting unusual stray animals brought into the practice that have been stowed away in different consignments, such as spiders in bananas, lizards in suitcases and snakes in baskets.

“We have had ‘snakes’ brought in that were caterpillars and spiders ‘the size of dinner plates’ that are just normal common house spiders that are no bigger than a bottle lid. I was dubious about the size of the Indian Monitor and expected it was going to be a small gecko about four to six inches.

“I was wrong as it was in fact a two-feet Indian Monitor lizard. This is a juvenile lizard and when it is an adult can be around 6ft in length, from snout to tail and weigh around 10kg.

“I am in talks with a couple of friends from zoo collections regarding re-homing, or there is the chance that he may come and live with me as I have recently had a large reptile room built.”

An Indian monitor, also known as a Bengal monitor, is found in India, Sri Lanka, Bangladesh, as well as Pakistan, Afghanistan and Iran.

They are solitary creatures and are usually very shy and avoid humans. When caught, they can bite, although rarely do. They live on a diet of beetles, grubs, scorpions, snails, ants and other insects.