Kitten saved by vets after eating chocolate meant for Christmas 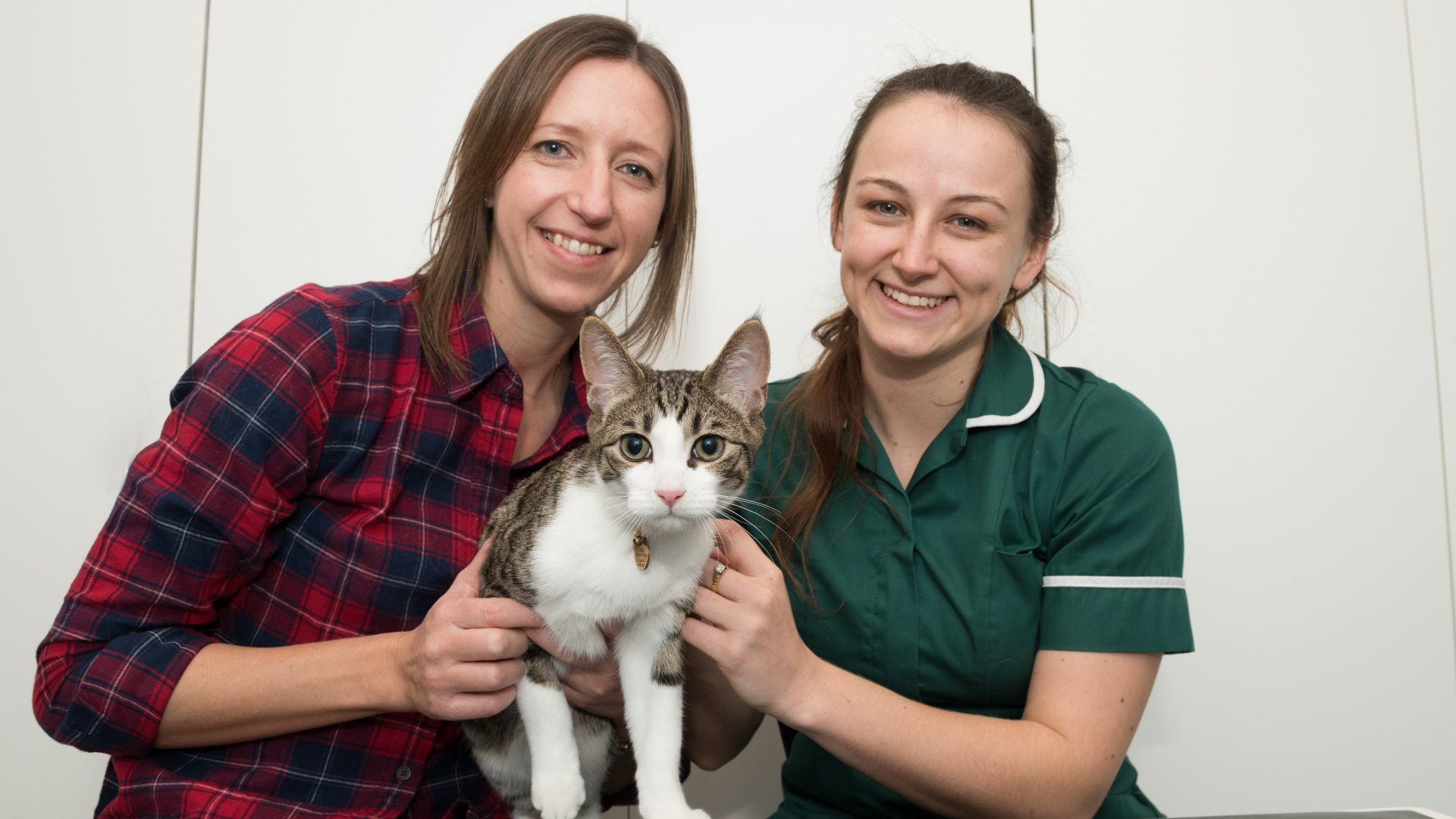 A TINY kitten was rushed to an Aylesbury veterinary hospital after eating a bar of chocolate meant as a gift for Christmas.

Five-month-old Luca had chomped his way through a Galaxy Salted Caramel chocolate bar that his owner had left in an unopened parcel on her bedside table at their home in Empire Close, Berryfields, Aylesbury.

When owner, Sally Laird, found the sweet-toothed tabby she immediately noticed something was wrong as he was acting sheepishly and not his usual perky self.

Realising he had managed to make his way through half a sharing sized bar, Mrs Laird rushed the kitten to Hampden Veterinary Hospital, in Anchor Lane.

Chocolate contains an ingredient called theobromine which is potentially life-threatening when eaten by cats and dogs.

While it is quite common for dogs to be brought to veterinary practices after eating chocolate, particularly around the Christmas period when sweet treats are around the home, it is very unusual for cats.

Mrs Laird said: “The chocolate had been sent to me by a friend as a gift. I was planning to save it for Christmas and had left it on a bedside table. Luca is very inquisitive in his nature so it must have caught his eye.

“Luca was very quiet as we drove him to Hampden Veterinary Hospital, and he was sick when he arrived in the hospital’s waiting area.”

As veterinary surgeon Kay Mak was able to act quickly, inducing further vomiting before the chocolate could be digested, Luca got off lucky.

Kay said: “We gave Luca liquids and regularly checked for seizures as chocolate can rapidly increase the heartbeat, with theobromine acting in a similar way to caffeine in people.

“He was very lucky as he had eaten such a large amount of chocolate, especially for a small kitten, and we were able to release him the following day.

“We would urge other pet owners to ensure they don’t leave any chocolate within easy reach, particularly over the Christmas period when it’s more common to have in the house.

“If your pet eats something it shouldn’t, contact your vet straight away and make sure you provide a full report on what has been eaten, how much and when.”

Over the Christmas period, pets are more likely than usual to ingest food like chocolate – either by getting their paws on them when no one is looking, like Luca, or because the owners don’t know how dangerous they can be.

Mrs Laird added: “All the emergency veterinary team were excellent at caring for Luca and keeping us informed on how he was doing as we were very concerned for him when we were told just how dangerous chocolate can be for cats.

“They were very surprised by just how much he had eaten as it’s not something they often see with cats. We will definitely be more aware that parcels that are delivered this time of year could contain food or chocolate.”

Common emergencies at Christmas include dogs choking or suffering internal damage from turkey bones, and pets being poisoned by chocolate, mince pies, Christmas cake and pudding, while over feeding fatty food can damage your pet’s pancreas or cause gastroenteritis.

Other festive hazards include poinsettias, pine needles, holly berries and mistletoe, which can all cause illness if eaten.