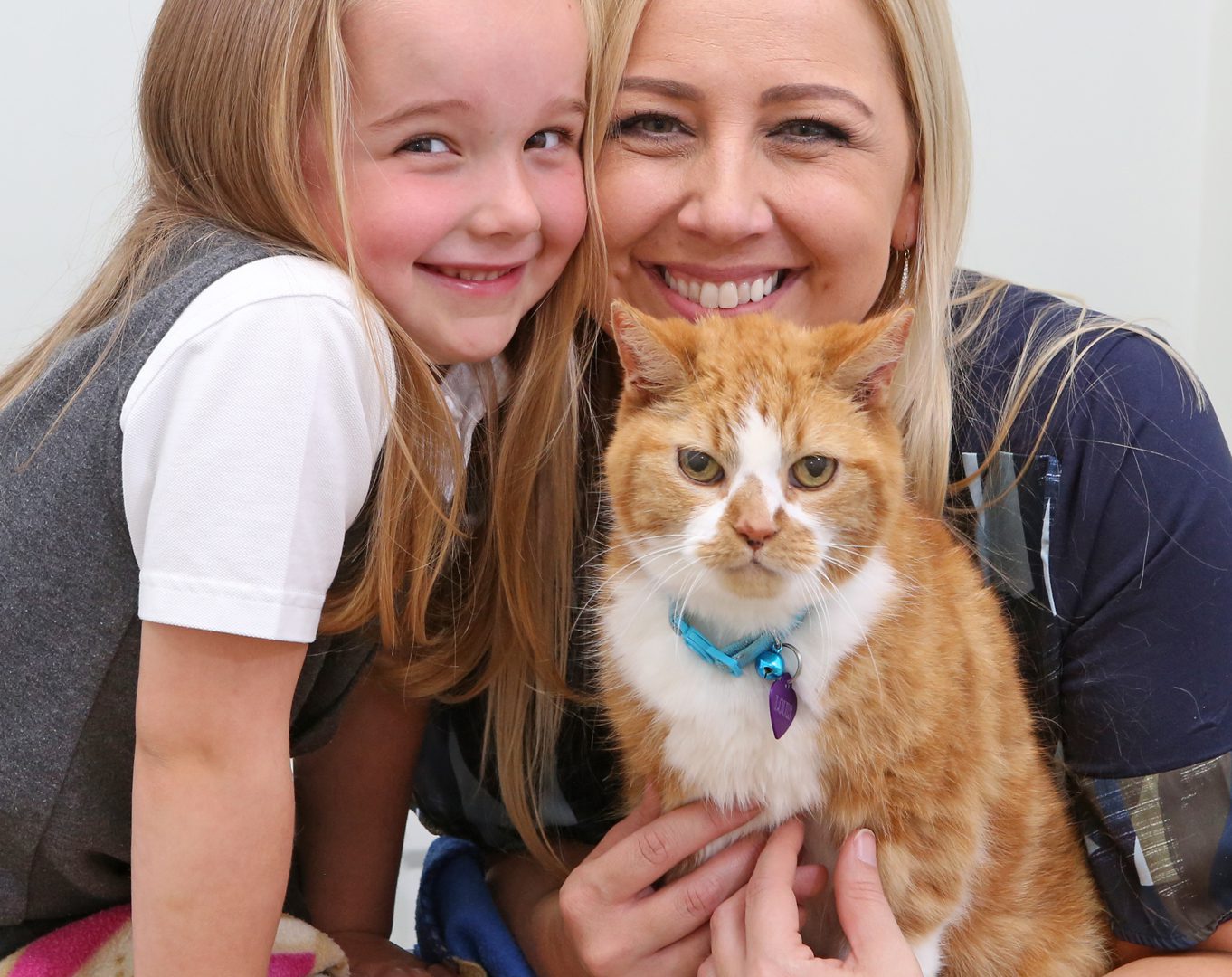 RESCUED from a burning warehouse as a tiny kitten, life for Louis has been one littered with obstacles to overcome.

As the years ticked by, the ginger tom went missing for five weeks and suffered from a variety of health concerns however, now, at the grand old age of 16, the rough equivalent of 84 in human years, he can be confident at least one or two of his nine lives remain intact.

It was Victoria Lee from Kirkhamgate, near Wakefield, who cared for little Louis when he was rescued by the fire service from a burning warehouse where his feral mum lived with her litter. He was the only survivor and aged just two-weeks-old.

Victoria, who is the Practice Manager at Chantry Vets, hand reared the kitten and Louis remains as devoted to her as he did when he first felt the calming comfort of her palm all those years ago.

But despite battling adversity all his life, Louis is now one of oldest patients on Chantry’s books.

“He has been a fighter all his life and has kept his mischievous personality throughout his years, though he can be a pain at times. He is a nervous cat which is a typical trait for one that’s been hand reared,” said Victoria.

“Now he is older he likes to sleep by the radiator and he has his favourite bed. We have to be careful what we feed him so he is on a special food brand called Hill’s to keep him healthy, but for an occasional treat we’ll give him Dreamies.

“Louis certainly wouldn’t still be here without the advanced monitoring and preventative measures that have been put into place to look after his health,” added Victoria.

Louis once went missing and Victoria feared that without his medication he would struggle to survive especially as the weather was cold and snowy while he was away.

Luckily, he turned up after five weeks not far from the vet practice in Alverthorpe, an area he was familiar with.

Victoria’s four-year-old daughter Sophia, who goes to Outwood Primary Academy in Kirkhamgate, loves to look after Louis and the family’s other cat Freddie.

“She likes to play the nursing role similar to her mum and will always want to feed the cats and help to give them their medication under my supervision.”

Louis has had health scares including high blood pressure, thickening of the heart and spinal problems, but regular trips to Chantry Vets have kept him happy in his advanced years.

One of the treatments he has received at the practice is acupuncture, increasingly commonly use on pets for ailments such as arthritis.

To offer extra help and support to owners of older pets, Chantry Vets is running a Prime of Life campaign throughout November and December.