Lucky lizards nursed back to health after being dumped in park 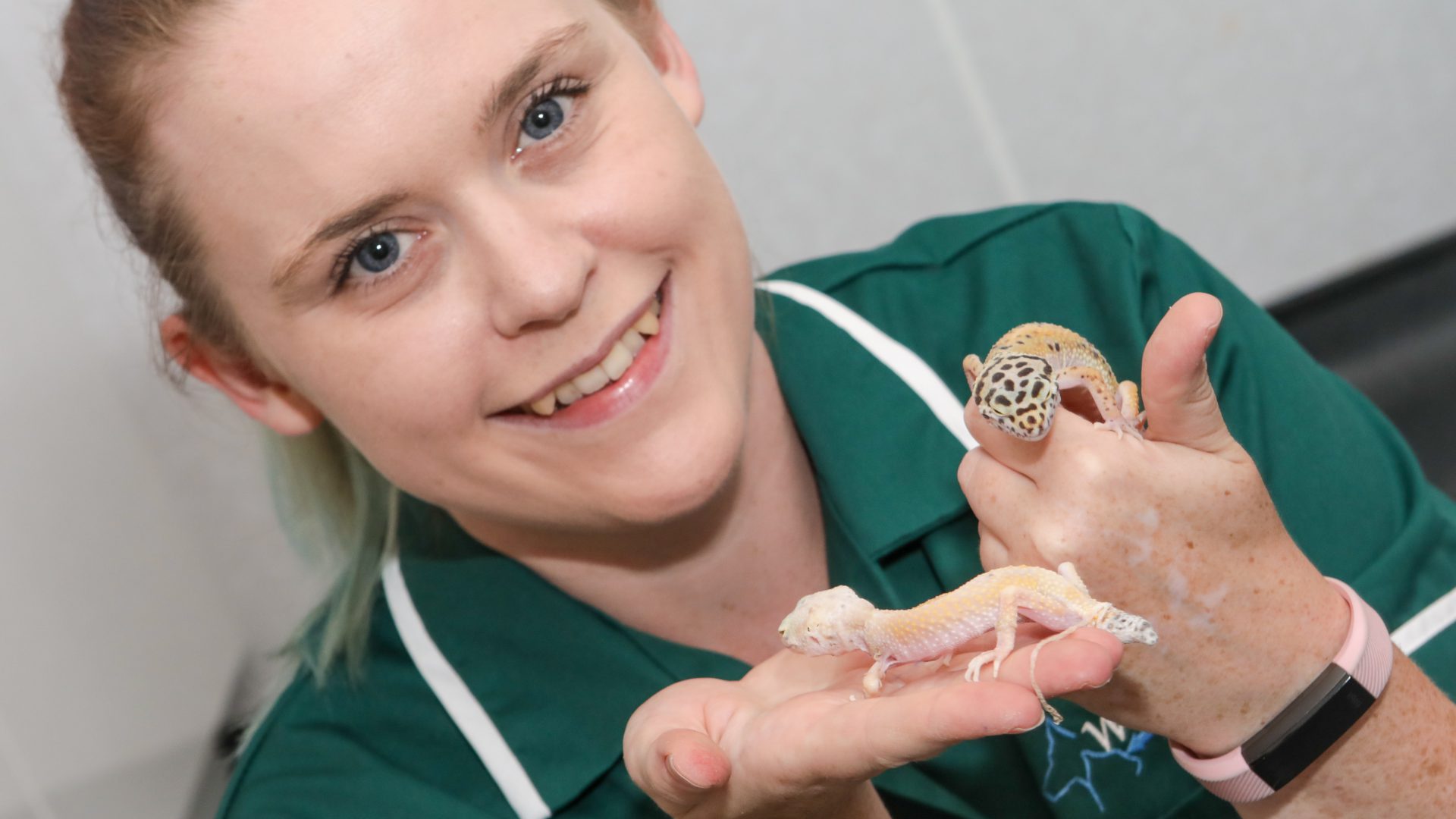 A NEWCASTLE veterinary nurse has saved the life of seven geckos after they were abandoned in a park in a pitiful state.

Rebecca Lawrence, an RVN from Westway Veterinary Group in Newcastle, has nursed the lizards round the clock, hand feeding and bathing them twice a day.

A member of the public out walking found nine geckos in Stargate Park in Ryton in June and took them to Westway’s main hospital on West Road, Newcastle. A further search of the area by Westway veterinary nurses, Paige Hallam and Amy White, to check if there were any remaining geckos found one more survivor.

They were in such an emaciated state and close to death that three did not survive.

Now, three of the geckos have been rehomed, while Rebecca has adopted four.

Rebecca said: “It’s been a long road back to recovery for them and a lot of hard work over the last month to bring them back to health, but they are defying the odds.

“A member of the public saw a man by the side of a pond emptying something from a lunch box and went to investigate. She found nine geckos and brought them to us in a cardboard box, before a couple of our nurses went back to see if there were any more.

“They wouldn’t have survived for very long. They’re desert creatures and need a controlled environment so would have died in the British weather or been eaten by predators.”

The geckos, which are believed to be around one-year-old, were so skinny and malnourished, they would not have survived for long in the open air.

With Rebecca’s round-the-clock care, they have been nursed back to life, but there is still a long way to go until they are back to full health.

She said: “Geckos are popular as pets, but they take a lot of care because they have specialist needs. They shed their skin like snakes, but because they had not been kept in the right environment this hadn’t happened and their skin was turning crusty and almost welding their eyes and mouths shut.

“One of them was already dead when the lady brought it in, a second had to be put to sleep because it was already dying from the stress and a third one died the next day.

“They have had to be hand-fed a multi-nutritional supplement for critical care cases twice a day, be bathed twice a day to help them shed their skin and have eye drops three times a day.

“Three have been given to good homes with owners who know how to look after them and I have kept four.

“They’re starting to pick up now and are living on a mixture of locusts, crickets, mealworms and wax worms. It’s early days and I still can’t say if they will survive, but it’s looking much more hopeful.”