Mamma mia! William, the spag bol-loving moggy, still up to mischief at 23 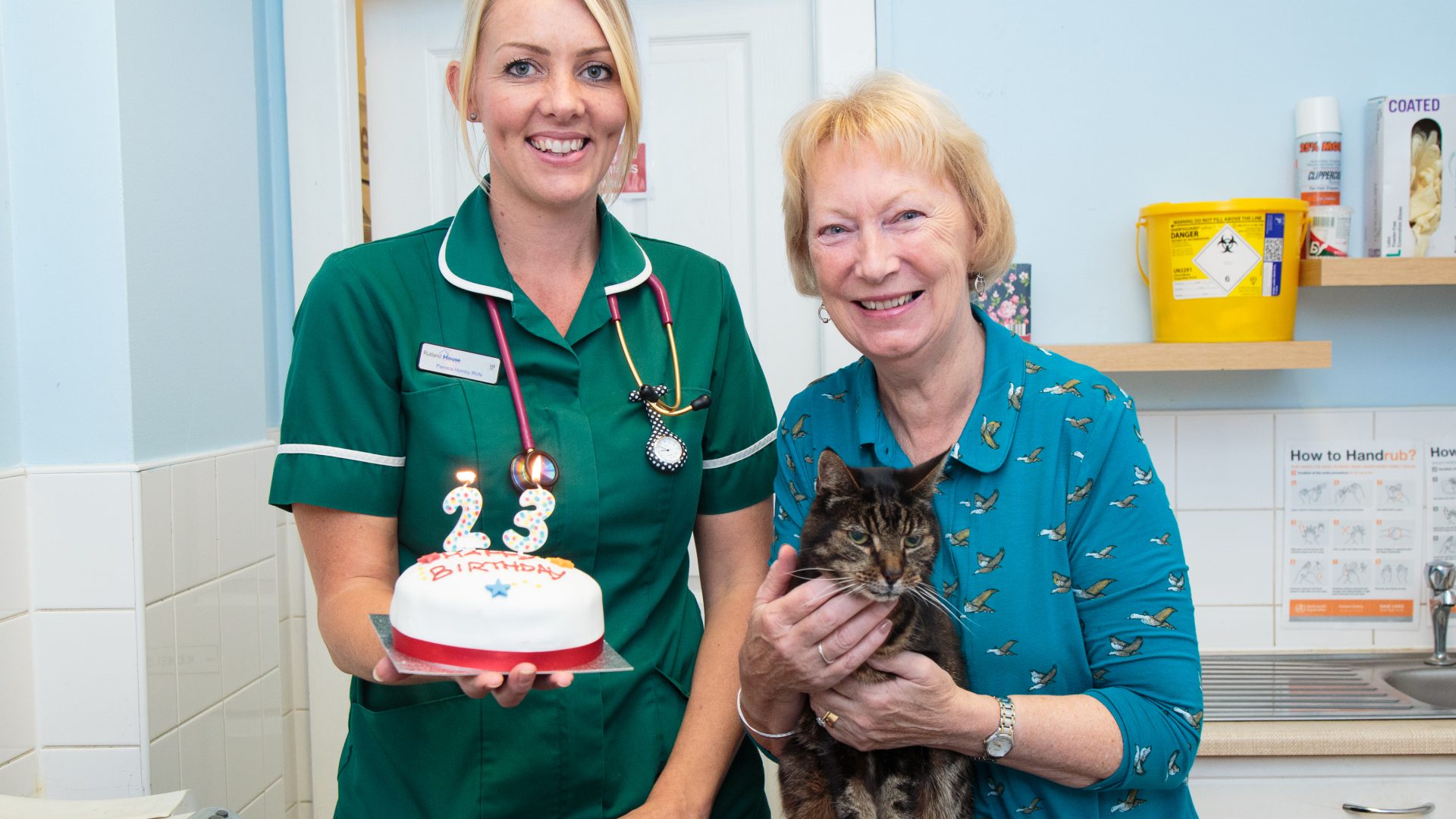 A MISCHIEVOUS moggy is vying to be Wigan’s oldest cat – thanks to a caring veterinary practice.

At 23, William is one of the UK’s oldest cats, but is showing no signs of slowing down as he loves nothing better than a rumble with neighbourhood cats who dare to come into the garden.

William was adopted by Helen Corrie, from Winstanley, near Wigan, in 1995 when he was less than one and is now a much-loved family pet.

Despite his advancing years – he is aged 108 in human years – the troublesome tabby wakes up every evening at 8.45pm and yowls to go outside to sit on top of the garden shed to guard his territory from rival cats, who risk a swipe of his paw if they venture too close.

William has had scares, including minor kidney problems, a heart murmur and arthritis, but regular trips to The Village Veterinary Practice in Ashton-in-Makerfield have keep him happy and healthy into his old age.

He also enjoys the occasional bowl of spaghetti bolognese as a special treat.

Owner Helen said: “William is such a special cat and is still incredibly perky and active for his age and we hope he will be around for a few more years yet.

“Although he’s had health issues, he certainly isn’t a sick cat and I just make sure he is well looked after and has regular check-ups at the vets, where they take great care of him.

“He has an annual check-up and blood test to make sure he is fit and healthy and it was recommended we put him on a special renal diet as older cats are susceptible to kidney problems. But he still loves his spaghetti bolognese when I make it for supper.

“He sleeps during the day but wakes up around 8.45pm and yowls at the door like he’s being disemboweled to go outside. He guards the shed and sees off the other cats.

“He then shouts at the door in the middle of the night to come back in. He’s a pain really, but we absolutely love him. He loves to sit on anybody’s knee and be stroked and cuddled.

“He chose us really when we went to the cat and dog home in Leigh as he made a fuss and was very friendly when we were viewing the cats.”

William is a firm favourite with vets and nurses at The Village Vets in Ashton-in-Makerfield, where he has been a patient for many years.

Pamela Hornby, head veterinary nurse at the practice, which is part of Rutland House Vets, says cats are living much longer because of advances in veterinary medicine and special dietary food for pets with health conditions.

Pamela said: “We are noticing a lot of cats are living longer and enjoying their twilight years because there is a lot of veterinary help for them and an understanding about their dietary requirements.

“We probably wouldn’t recommend spaghetti bolognese, but William is 23 and he’s happy, healthy and really well looked after, so why shouldn’t he enjoy a nice treat?”