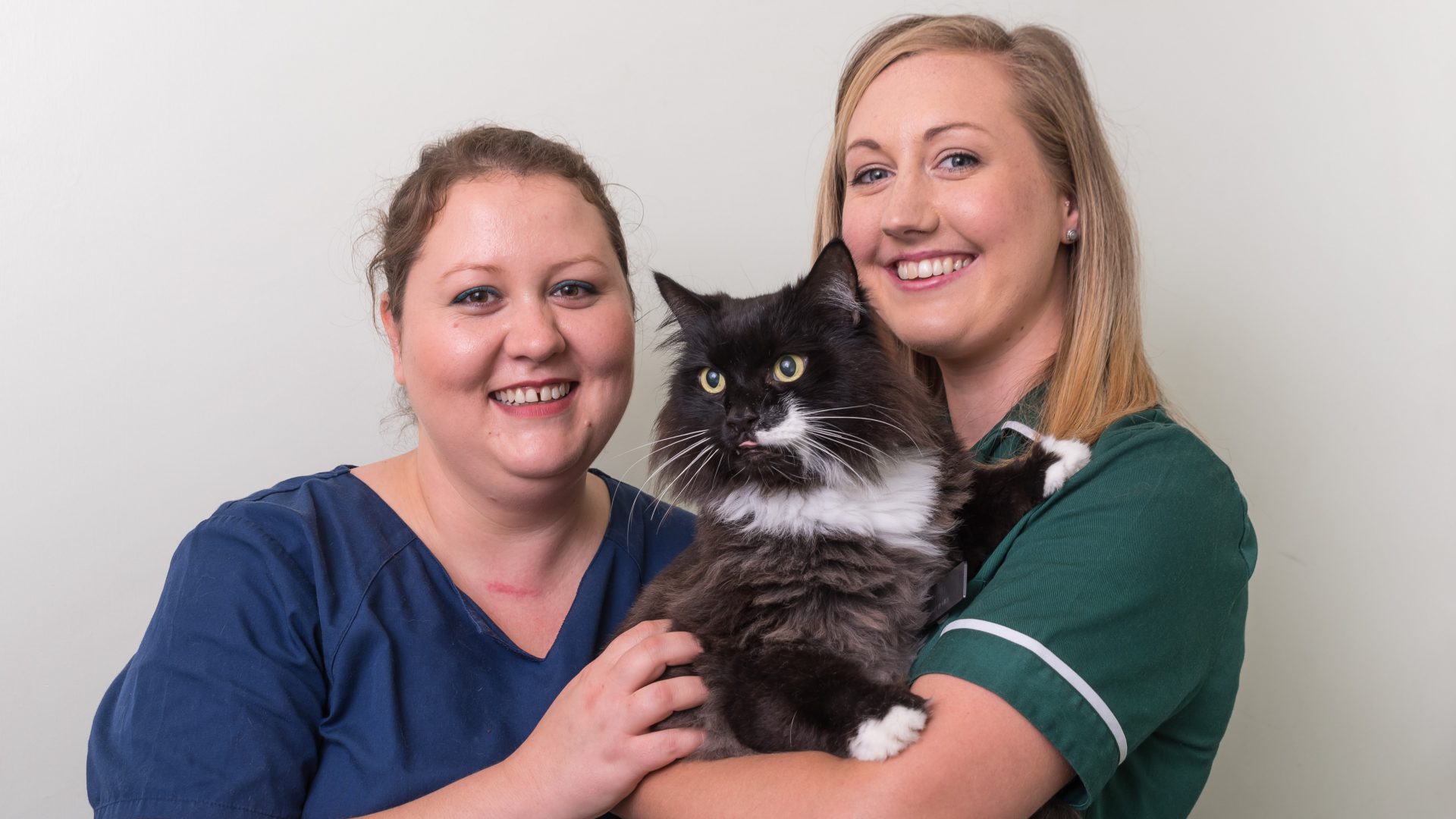 REGGIE the miracle moggy is back on his feet after using up the second of his nine lives following another cat-astrophe.

Reggie was given only two days to live after vets diagnosed bone marrow cancer in September 2016.

But just over a year later, thanks to the expertise and care of staff at Paddons Vets in Wisbech, the invincible black and white former stray has bounced back to health.

At one point, he could barely eat or drink, his weight dropped from 5.9 kilos to 2.8 kilos and owners Laura and Ben Edwards, who live in Wisbech, were told to prepare herself for the worst.

Vets told her he would only be expected to live for two days without undergoing treatment, but steroids would extend his life by a few weeks.

Reggie was so ill, Laura offered him one of his favourite treats – Dreamies – knowing that if her beloved pet refused, it was time for him to be put to sleep.

He ate the treat and has never looked back, thanks to the care he has been receiving by staff at Paddons Vets, where Laura works as a receptionist, and 13 months later, he has been taken off steroids.

Reggie has been under the care of Paddons Vets veterinary surgeon Irina Tudosie and veterinary nurse Jennifer Venni.

It’s not the first time the 12-year-old has used up one of his nine lives as Laura adopted the former stray after he was brought in by a member of the public to her previous practice with a fractured pelvis suffered in a road accident.

Laura said: “Reggie has used up two of his nine lives and we are delighted he is still here because he is a much-loved family pet.

“He became really ill last September as he wouldn’t eat, looked very thin and was dribbling down his chin. We wondered if he had dental problems and were completely shocked when tests showed he had bone marrow cancer.

“I took a couple of days off work to be with him because I thought he would have to be put to sleep, and it was really touch and go.

“I decided the time had come to have him put to sleep as he was so poorly. I offered him one last cat treat and thought if he ate it there was a chance. If he didn’t, I knew he’d lost the will to live.

“He ate it and I kept on feeding them to him until he got his strength up and the steroids he was one started doing their job. He steadily put weight back on and has regular blood tests at Paddons Vets. Owners should always have hope about their pets and get good veterinary care.”

Dr Tudosie said: “Reggie is doing really well, which is great to see, although I was a bit shocked to discover six months later he seemed fine.

“There is no evidence of cancer now, although we monitor him regularly and send blood tests to the Animal Health Trust for advice.

“Regular blood tests and monitoring are important in cases like this and Laura has looked after him well.”