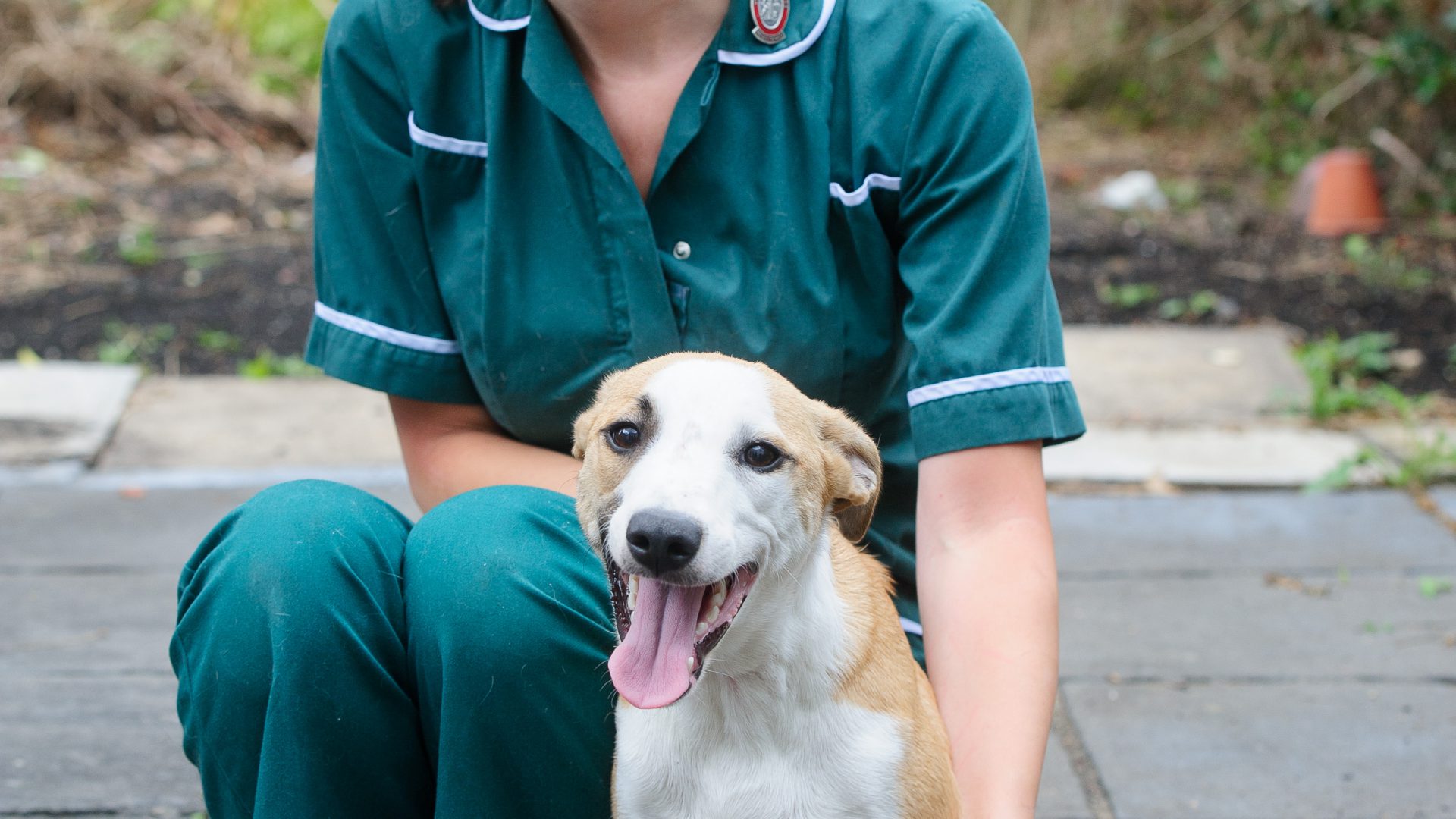 VALLEY Vets is warning owners to vaccinate their dogs against parvovirus after an outbreak of the deadly disease nearly claimed the lives of five pets.

The practice has treated four puppies and a dog at its surgeries at Ystrad Mynach and Cardiff after becoming seriously ill.

All five dogs were separate cases from Aberdare and Merthyr Tydfil and were diagnosed by vets as suffering from parvovirus.

One of the pups, a collie x whippet called Dolly, has now been fostered by Valley Vets veterinary nurse Lora D’Alesio after her owners signed her over to the Four Paws charity as they were unable to afford round-the-clock veterinary care.

Symptoms of parvovirus include foul-smelling diarrhoea with blood in it, vomiting, loss of appetite, collapse, depression, fever and shock. Young puppies and unvaccinated dogs, including those who have not had their booster injections, are most at risk of the deadly disease.

Dolly was so ill, veterinary staff at Valley Vets’ main surgery in Merthyr Road, Whitchurch, feared she would not survive, but after a week, she began to recover.

She has gone on to make a full recovery, along with the other four dogs, who have all been released from the hospital, where they were all placed on fluids and given antibiotics and pain relief.

Valley Vets, which has four sites in Cardiff and the Valleys, is urging owners to have puppies vaccinated and then keep regular booster injections up to date for all older dogs. The first annual booster is particularly important as it is needed to complete the puppy course.

Lora said: “None of the cases we’ve seen in recent weeks had been vaccinated and all the dogs showed similar symptoms. We were able to treat them quickly after they were brought in and we are delighted to say they are making a full recovery and have returned home.

“Dolly was particularly ill as she was suffering from haemorrhagic diarrhoea, vomiting and was very flat. She was in the latter stages of parvo, where the gut starts to die, and we had doubts she would survive. She was having to be fed through a tube up her nose.

“She wouldn’t stop wagging her tail so we couldn’t give up on her, but it is a miracle she’s still here. She is well on the road to recovery and is adorable, very obedient and friendly.”

According to pet charity, the PDSA, 25% of owners report that their dog hasn’t had a primary course of vaccinations when young – equating to around 2.2 million dogs. In addition to this, 23% of dogs have not received regular boosters.

To try to combat the spread of parvovirus, Valley Vets is urging owners to make sure their dog’s vaccinations are up to date. Any owner who suspects their dog may have parvovirus is urged to keep their dogs out of public spaces and contact a vet immediately.

Lora added: “The only prevention for parvovirus is vaccination and it is essential that new puppies are vaccinated and older dogs have regular boosters. The consequences of not doing this can be fatal. It is not a nice way for a pet to die and it is very upsetting for owners, who can save themselves the heartbreak by protecting their pet.

“The signs to watch out for are lethargy, being off their food, vomiting and diarrhoea with blood in it. Owners shouldn’t panic if their pet is displaying these symptoms, but if their pet is unvaccinated, it will be a concern. Puppies and older dogs are more vulnerable and it is important owners act quickly.”