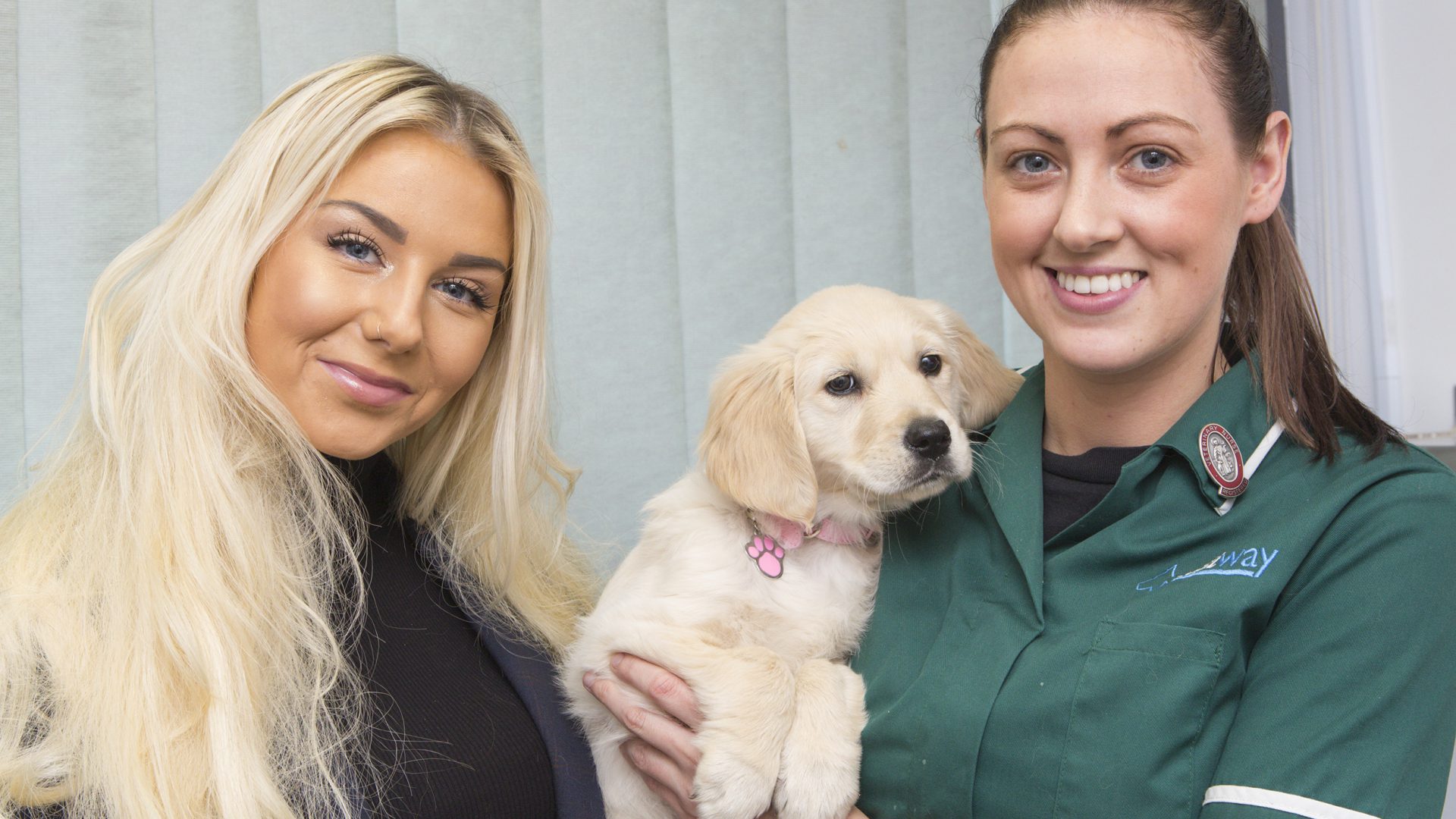 WESTWAY Veterinary Group in Newcastle is warning owners to vaccinate their dogs against parvovirus after an outbreak of the deadly disease nearly killed a puppy.

Nala, a 10-week-old Golden Retriever, made a miraculous recovery after being rushed into Westway Veterinary Group’s main hospital on West Road, Newcastle, where tests revealed she was suffering from the highly contagious disease.

The tiny pup was so badly dehydrated after suffering from vomiting and diarrhoea, she spent three days on a drip in the veterinary hospital, leaving owner Abbie Thompson with an anxious wait to see if she survived.

Nala was already showing signs of being unwell when Abbie collected her from a breeder in Lincolnshire and her quick-thinking owner contacted her vet as the puppy’s health deteriorated over 24 hours.

Symptoms of parvovirus include foul-smelling diarrhoea with blood in it, vomiting, loss of appetite, collapse, depression, fever and shock. Young puppies and unvaccinated dogs, including those who have not had their booster injections, are most at risk.

“Puppies should be vaccinated at eight weeks and then vaccinations should be updated throughout their lifetime.”

Abbie, who lives on Newcastle’s Quayside, said: “Within two days of us collecting Nala, she began to deteriorate. She was quiet and lethargic, wasn’t eating and had diarrhoea.

“She wasn’t behaving like a normal puppy and it was as if she was half-dead. When I rang Westway Vets, I was hysterical because I thought we were going to lose her.

“The receptionist was lovely and got me in straightaway, but it was really upsetting to hear she had parvo as I am a responsible owner and all my dogs have lived long, healthy lives.

“She was in good hands at Westway and within 48 hours, she was a totally different dog. The vets kept us grounded by reminding us she could deteriorate again, but none of the further symptoms they feared happened, which shows the great care she was given.”

To try to combat the spread of viruses like parvo, Westway Vets is running a vaccination campaign throughout the rest of March and April. As part of the Kick Start Your Vaccination campaign, cat and dog owners can restart their vaccinations for the price of a booster – a significant discount on protecting their pet.

After five days in the veterinary hospital’s isolation unit, Nala was allowed home and is now thriving.

Abbie added: “She is lots of fun and really cute and cheeky. She’s also very intelligent and I’m very proud that at only 10 weeks she knows four commands – sit, lie down, stay and come.”