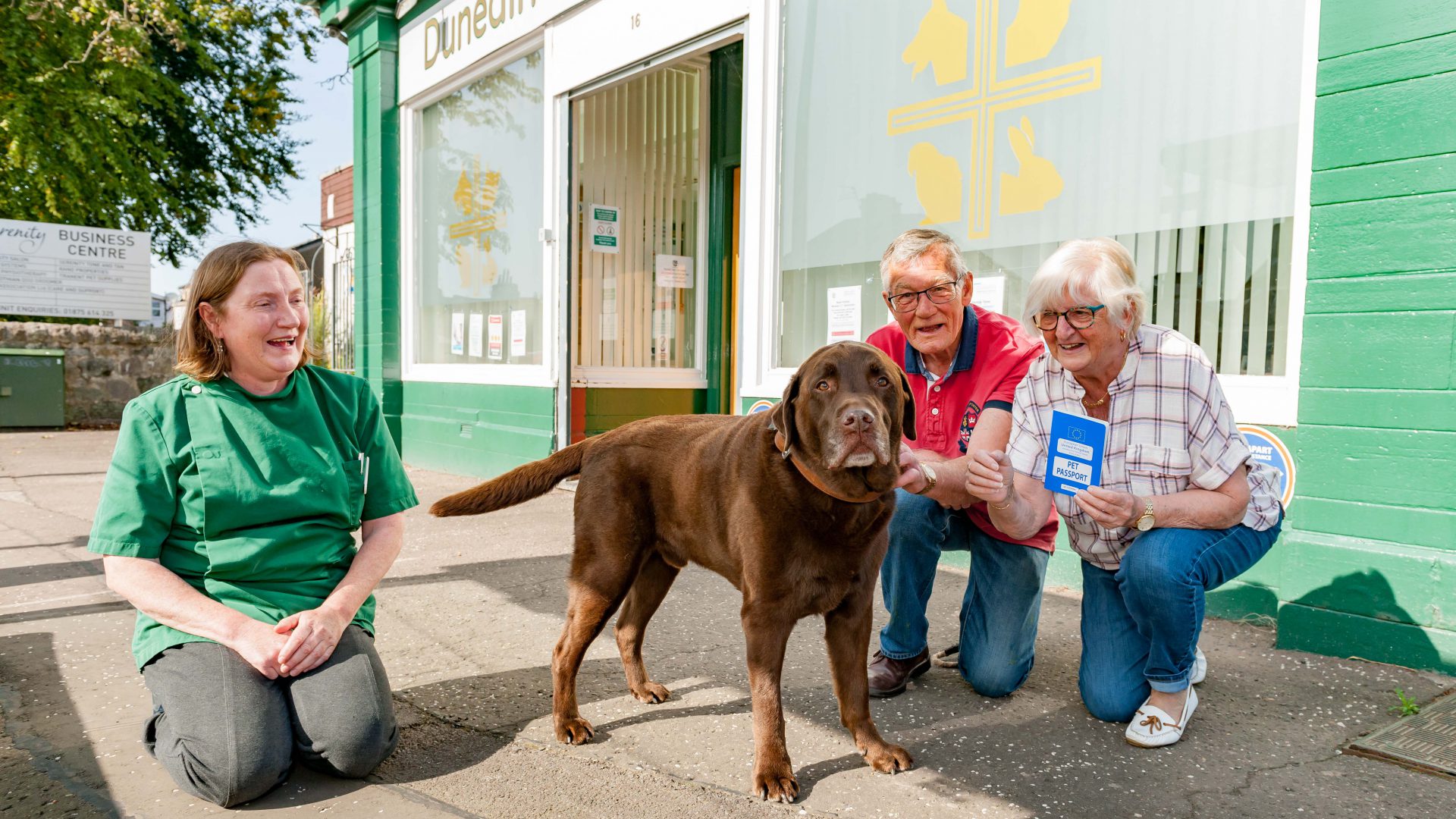 RECORD numbers of owners are having their pets blood tested for immunity to rabies so they can travel to the EU in the event of a no-deal Brexit.

Biobest, the UK’s biggest tester of rabies antibody at their laboratories at The Edinburgh Technopole, near Penicuik in Scotland, has handled a surge in demand for tests over the last two years.

During 2019 and 2020, Biobest has tested samples from 59,706 cats and dogs that have undergone rabies vaccinations – more than double the total of 24,608 they tested in the whole of the previous two years.

The increase has been attributed to more owners preparing for a ‘hard’ Brexit and the uncertainty of what will happen if the UK leaves Europe without a deal, and rules Europe could impose on UK pets travelling abroad.

In the event of a no-deal Brexit, where the UK is an unlisted third country, pet owners would need to prove animals are effectively vaccinated against rabies before they could travel with their pet to EU countries. This would require a blood titre test to demonstrate sufficient levels of rabies antibody, which would need to be carried out a minimum of 30 days after any initial rabies vaccination.

Biobest saw a spike in the number of tests being carried out in early 2019 after the Government lost three votes on the Brexit deal in Parliament, shortly after Defra issued advice on pet travel in November 2018. In March 2019, they tested 6,249 samples – the highest number in a month and nearly six times higher than March 2018.

Biobest director Paul Burr said: “The surge in numbers started after Defra issued advice on the Pet Travel Scheme in the event of a no-deal Brexit. Pet owners have been preparing for two years in case of a no-deal as it is unclear what rules Europe will impose on the UK. We have to assume that the UK will be a third country so a blood test after the vaccination will be required.

“When the UK Leaves the EU, our results will still be valid for pet travel as Biobest will become an EU-recognised laboratory that is outside the EU. Our test results are valid now and will be valid in the future after Brexit.”

Indie, an eight-year-old chocolate Labrador owned by retired couple Shirley and Alan Firth, from Tranent in East Lothian, is among the dogs to have had a rabies vaccination and blood test.

Mr and Mrs Firth, with Indie left, plan to take their much-loved family pet with them on holiday to their son’s mobile home in Port Grimaud, southern France, while they are also considering a permanent move to France as they are looking to buy property in La Rochelle.

Indie was taken to Dunedin Vets in Tranent for a rabies vaccination and the sample was subsequently sent to Biobest for testing. He is now protected against rabies for three years and has a pet passport, ready for his travels.

Mrs Firth, a retired project worker for a children’s charity, and her husband, a retired electrical engineering manager, can now plan their future.

Mrs Firth said: “Deciding if we are going to have a holiday home in La Rochelle or if we will make it a permanent home is a long process, but we thought before we made any decisions we would have Indie vaccinated.

“We’ve never taken him to Port Grimaud as it is so hot, but the climate in Brittany will suit him as it is cooler, and he loves travelling in the car. Moving residence after December 31st will be more complicated, but having Indie vaccinated is one less thing to worry about.” 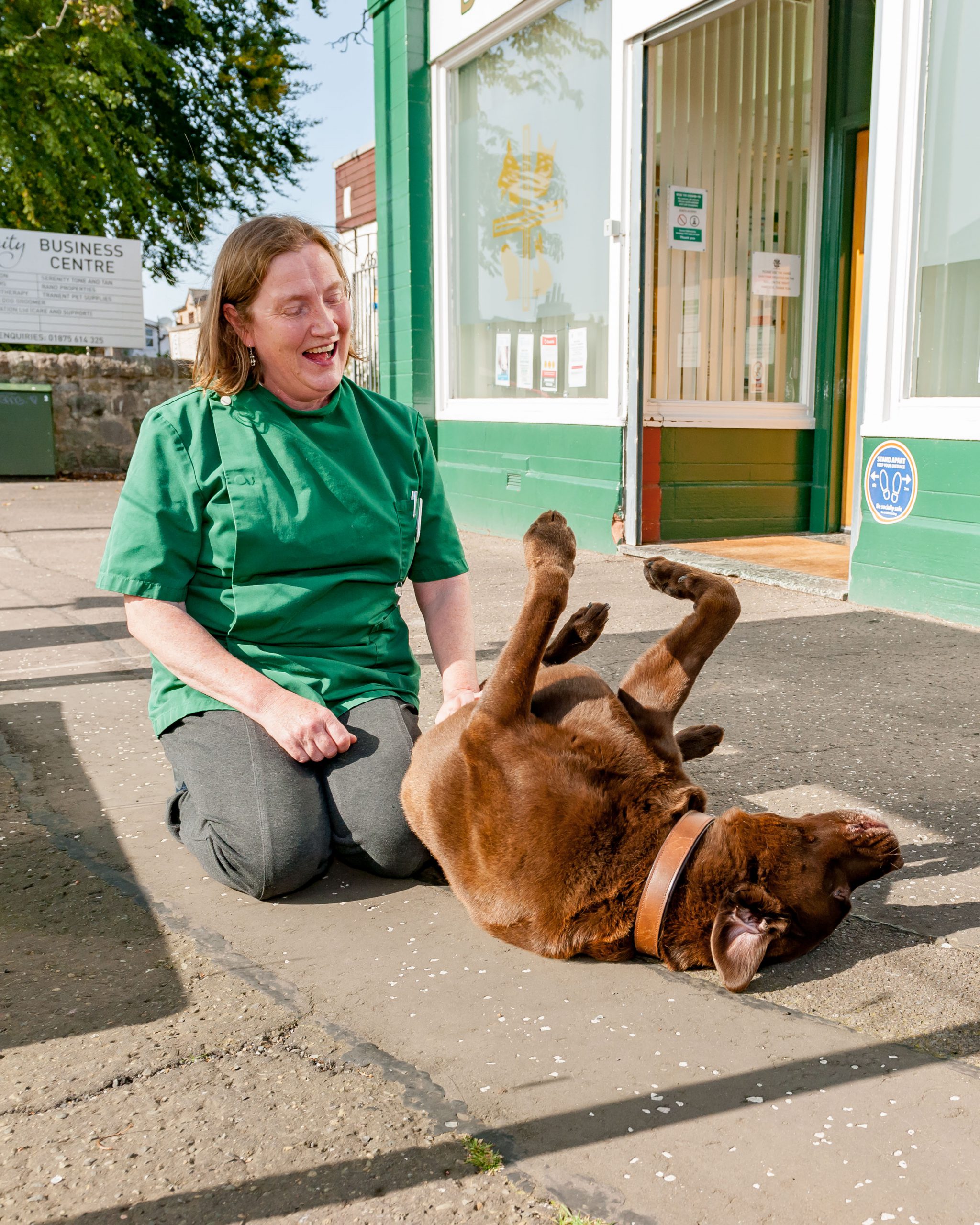 Indie’s vet, Margot Hunter, a clinical director at Dunedin Vets, pictured right, said the practice has seen an increase in the number of owners having their dogs vaccinated across their four surgeries.

Mrs Hunter said: “We have seen an increase in rabies vaccines in the last few months. Many have been Eastern European folks returning home with their pets and these have not required antibody testing.

“Certainly, for anyone who has been planning to travel next year, we have been advising they have the blood test, so they are ready to travel, even if passports are no longer required and health certificates are, after December 31st.”