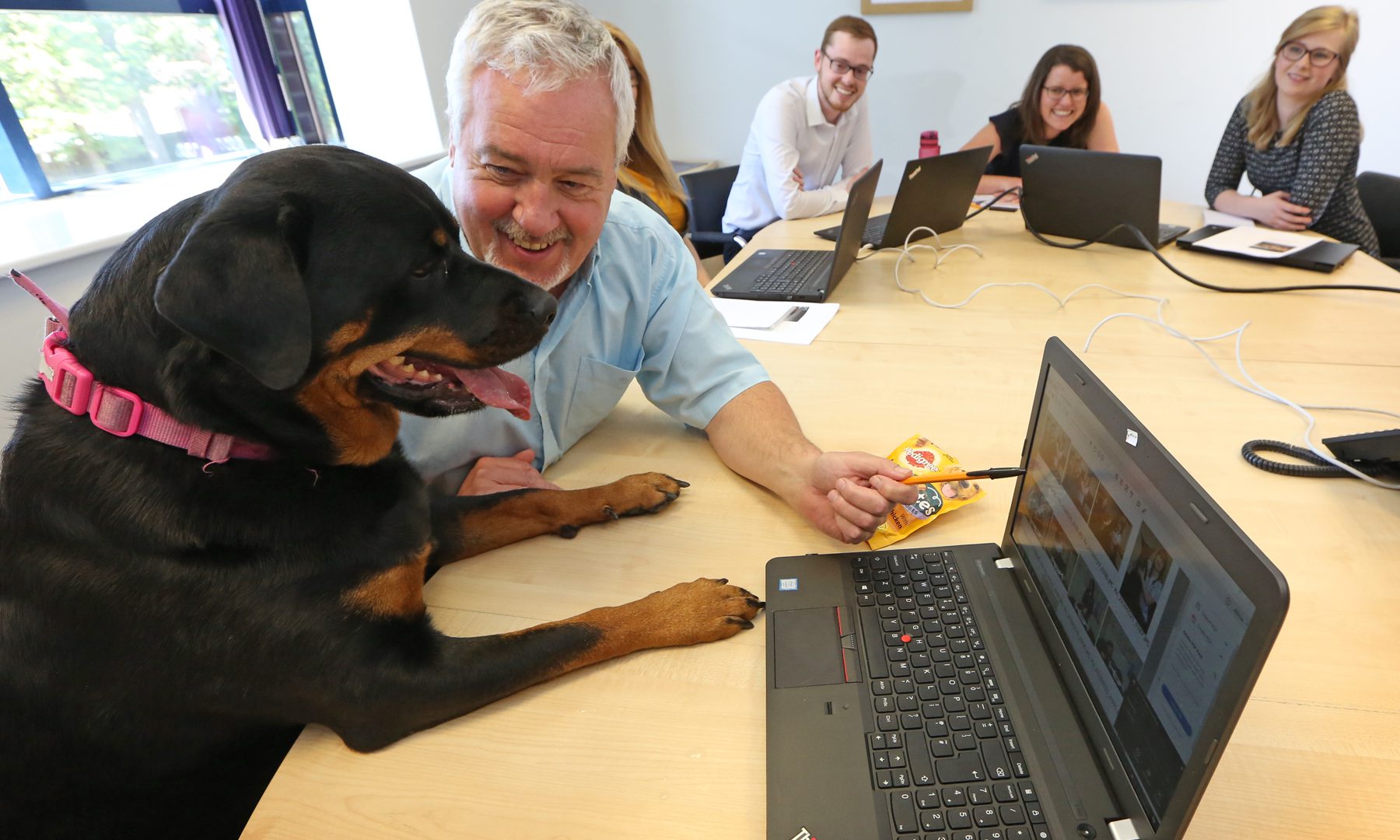 VETPARTNERS organised the paw-fect day for employees after dog owners were allowed to bring their pet pooches to the office.

Izzy, Freddie and Lucy spent the day at VetPartners’ headquarters in Leeman House, York, as part of Bring Your Dog to Work Day on Friday, raising much needed funds for an animal welfare charity.

Now in its fifth year, Bring Your Dog to Work Day is embraced by dog lovers and their employers.

The nationwide event raises money for charities dedicated to making a difference to the welfare of dogs. On Friday businesses from across the UK welcomed dog loving employees into the workplace, along with their four-legged companions. The event is organised by HOWND®.

More than 70 of the UK’s most respected small animal, equine and mixed veterinary practices are part of VetPartners, which employs 2,900 staff, working at 300 sites, including its headquarters on Holgate Park Drive, York.

VetPartners invited members of its central support team to buy raffle tickets to choose three lucky winners, who were invited to bring their dogs to work.

The raffle raised £89 for Blue Cross, the chosen charity of VetPartners during 2018.

VetPartners chief executive Jo Malone said: “Our team really took Bring Your Dog to Work Day to their hearts and it was great fun for everyone. As a veterinary company, you’d expect many of our team to be pet owners so we had to limit numbers, otherwise the office would have been overrun by dogs.

“Raffling the three places helped us to raise money for our chosen charity as we are hoping to raise £100,000 for Blue Cross this year.”

The dogs spending the day at VetPartners’ offices were Freddie, Izzy and Stan.

Lorraine said: “Freddie loved the fuss and attention from my colleagues. I think he really enjoyed the day here and it was great fun bringing him to work.”