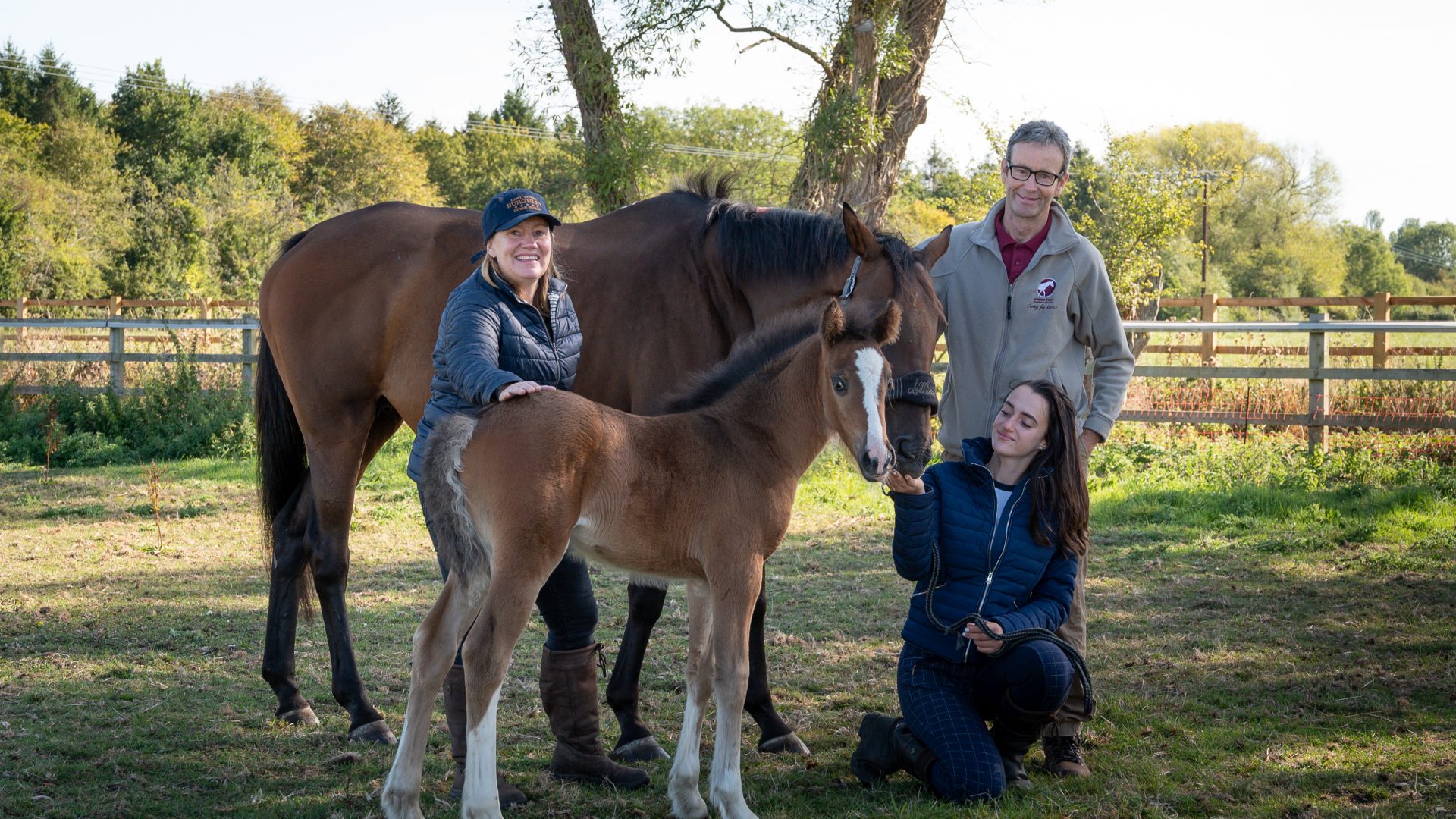 OXFORDSHIRE mother and daughter Lucy and Hannah Darch got more than they bargained for when they bought a new horse – the arrival of a surprise foal.

Summer, a beautiful bay mare, arrived at the family’s home in Great Milton five months ago after they bought her from a dealer.

Unknown to everyone, Summer, was pregnant but not showing any outward signs.

As the summer holidays started, the 11-year-old mare gained more and more weight despite having lots of exercise with her new owner, who enjoys hacking and dressage.

Hannah, 17, and mum Lucy became suspicious that Summer might be expecting and called Hampden Equine Vets.

A scan revealed she was indeed in foal – and surprise package Miffy arrived last month.

Despite their initial shock, they are delighted with the new arrival and Summer and Miffy, a filly foal, are both doing well.

After receiving lots of advice from the veterinary team at Hampden Equine Vets, Lucy and Hannah were well prepared for Miffy’s arrival and delivered the new arrival themselves.

Vet Peter Fennelly said: “They suspected that Summer’s big tummy was due to more than just summer grass and I went out to do an abdominal scan. I don’t think it came as too much of a shock when I confirmed that Summer was pregnant, and Lucy and Hannah took everything in their stride. They did so well throughout the whole pregnancy and birth.

“It’s been such a happy outcome for all concerned as Miffy is a beautiful, healthy foal – and they’ve got two for the price of one!”

Lucy admitted it was a huge shock when they started to suspect that Summer was in foal. They bought the mare at the start of the summer as Hannah’s other horse, Reena, had a suspensory ligament problem, which has been successfully operated on by Hampden Equine Vets.

Lucy said: “When Peter came out to scan her, we were in a state of shock and then we realised we weren’t prepared at all for a new arrival. We knew we wanted her to give birth at home because Summer was comfortable in her new home and we didn’t want any disruption by sending her to a stud farm.

“We converted one of our stables into a bigger box and installed cameras so we could monitor around the clock while we waited for the foal to be born.

“Then I arrived home from work one evening and we could see on camera that Summer was pacing about in her stabled and agitated. When we arrived at the stables, her waters broke.

“We rang Hampden Equine Vets’ emergency out-of-hours service, who were brilliant, but Summer was then easing the foal out. The vets had advised us on what to do so we broke the amniotic sack and rubbed the foal down with straw, before letting mum and foal interact.”

Miffy has been called after a toy rabbit Hannah used to own as a child. The family has fallen in love with her and plan to keep her with Summer and Reena.