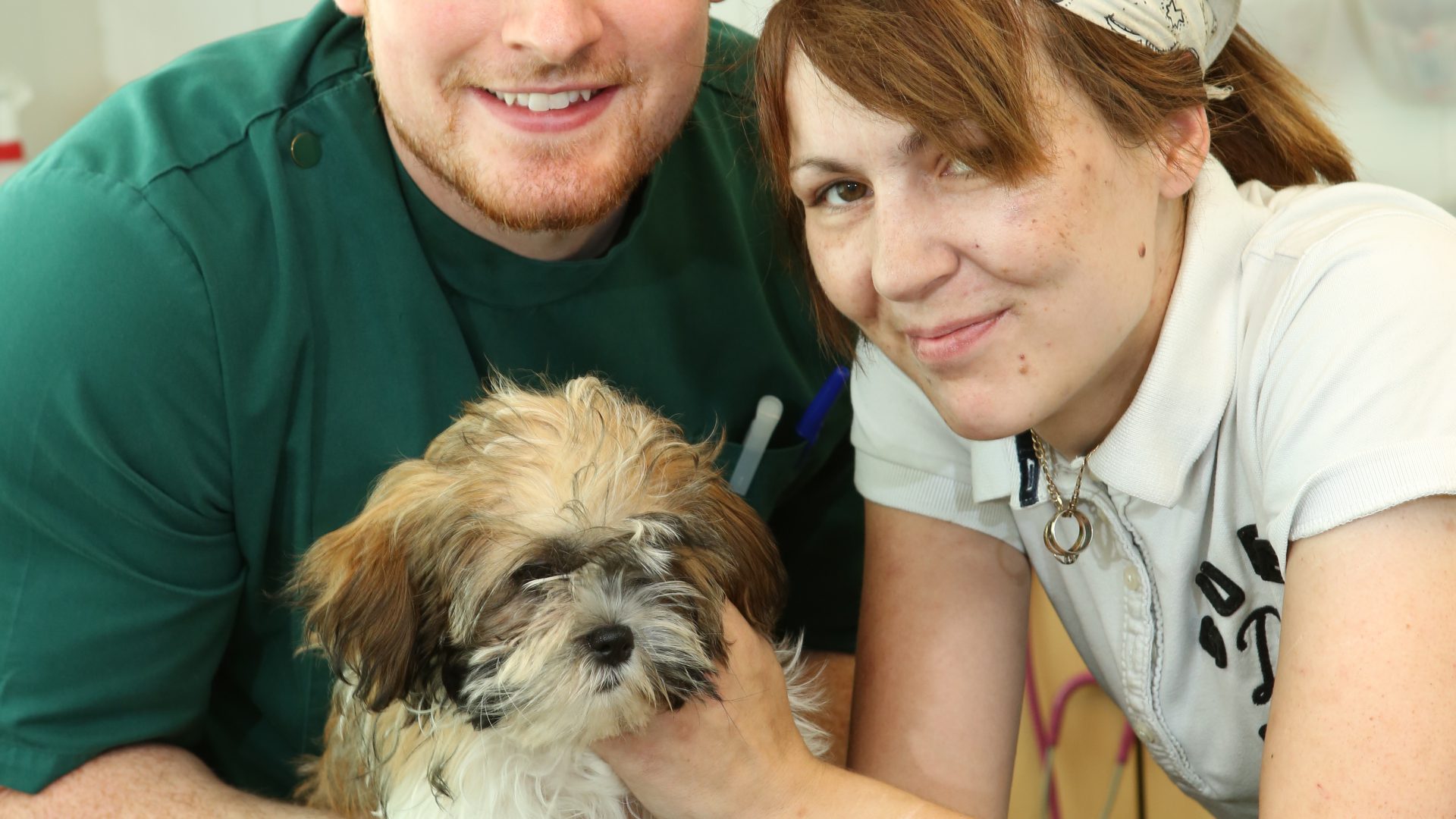 A VET who saved the life of a puppy that ate a massive overdose of morphine has urged pet owners to be extra vigilant about leaving prescription drugs in the home.

The tiny pup was barely conscious and drooling from the mouth, and was found to have taken up to 120 times the amount of morphine a dog can be safely given.

Treacle needed life-saving treatment, including an intravenous drug that reverses the effects of opioids, and vets believe the quick-thinking actions of his owners helped him pull through.

Distraught owner Lyndsey Day found her puppy in a distressed state, whining and foaming at the mouth, before discovering some of her mum Gaynor Lingwood’s pills lying nearby.

Gaynor suffers from a rare condition called Guillain-Barré syndrome, which attacks the nervous system and has left her paralysed. Although she is expected to make a full recovery, she has to take medication, including morphine.

Lyndsey, a mature student at Leeds University, believes their other dog Bubbles jumped on the sofa and knocked the drugs off a chest of drawers, before Treacle helped herself.

Vet Alasdair McGuire, who treated Treacle, said: “It was touch and go. I thought there was a risk she would stop breathing, and the quick actions of the owners and veterinary team prevented this from happening.

“There wasn’t much life in her when she came in and she was hypersalivating, so it was very worrying and also distressing for the owner. It took a few intravenous doses of Naloxone, a reversal for opiates, fluids and oxygen to get her stabilised.”

Chantry Vets regularly sees pets brought in after swallowing common painkillers like aspirin, paracetamol and ibuprofen, and Treacle is among a number of dogs who have had a lucky escape after swallowing drugs.

Alasdair said: “We would urge pet owners to be extremely cautious and to store drugs well out of reach of their pets.

“Seeing pets who have swallowed medicines is a common occurrence and, if anyone suspects their pets have taken anything, to call their vet immediately. The faster they receive treatment, the better.”

Lyndsey said: “I was distraught but Alasdair was amazing and I can’t thank him enough for saving Treacle’s life.

“He was so caring and compassionate, and we are just so relieved that she’s made a full recovery.”