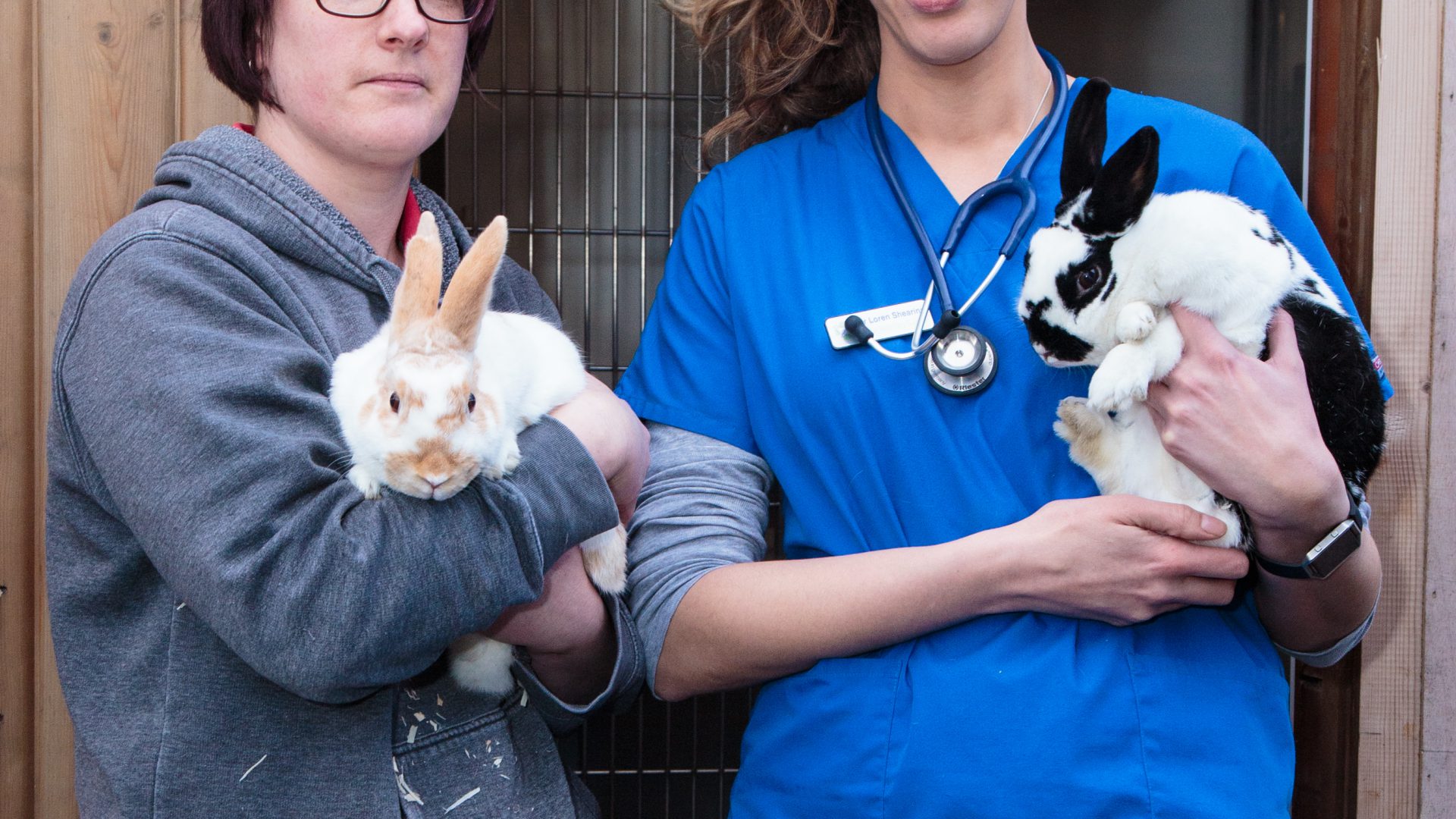 A LANCASHIRE vet is warning rabbit owners to protect their pets from a deadly disease after an outbreak killed six pets belonging to an Oldham charity.

Over the last week, five rabbits died and one had to be put to sleep, prompting a call from Tameside Veterinary Clinic in Ashton-Under-Lyne for owners to vaccinate their pets against a virulent strain of Rabbit Viral Haemorrhagic Disease (RVHD) called RVHD-2.

The highly contagious disease, which can be carried by both wild and domesticated rabbits, can kill within days.

The latest victims belonged to Pennine Pen Animal Rescue in Honeywell Lane, Oldham, where staff have been left devastated from the death of six out of 10 rabbits.

The rabbits were taken in by the charity, which rescues dogs, cats and other small pets, for rehoming after they were abandoned or handed in as strays.

A post mortem on two of the bunnies confirmed suspicions of vets at Tameside Vets that they were suffering from RVHD-2, for which there is no known cure.

The disease, which is often symptomless, has killed hundreds of rabbits all over the UK and can spread by direct contact with infected wild rabbits, or indirectly via urine or faeces that can be found in hay and straw bedding.

Dr Shearing said: “One of the rabbits at the charity died and then, two days later, one more died and had haemorrhaged from its rectum, which raised suspicions.

“Three more died and, when I went to vaccinate them, another looked very unwell so we euthanised him. The others were all fine and lively before a sudden death.

“The rabbit pen is closed off and members of the public can’t handle the rabbits, so the only thing we can link it to is hay bales from a local farm, which could have urine or faeces in from an infected rabbit.

Pennine Pen Animal Rescue assistant manager Joanne Worsley said: “There were no signs there was anything wrong as some of the rabbits we lost were hopping about and eating grass the day before they died.

Tameside Vets with branches in Ashton-Under-Lyne, Hyde and Stalybridge, offers a Pet Health Plan for rabbits that covers all vaccinations.

Dr Shearing added: “RVHD-2 is a silent killer and can be very distressing for owners who find their pets have died suddenly for no apparent reason.

“It is extremely important that rabbit owners have their pets vaccinated annually against RVHD and myxomatosis, before a second vaccination to combat RVHD2.

“The virus is easily brought home on clothing, footwear, plants, hay, the wind, and your other pets or birds and insects visiting your garden.

“Rabbit owners should use disinfectant to clean hutches and living areas. They should disinfect boots if they are going in and out of places where rabbits are kept and wash their hands thoroughly before handling each rabbit.”