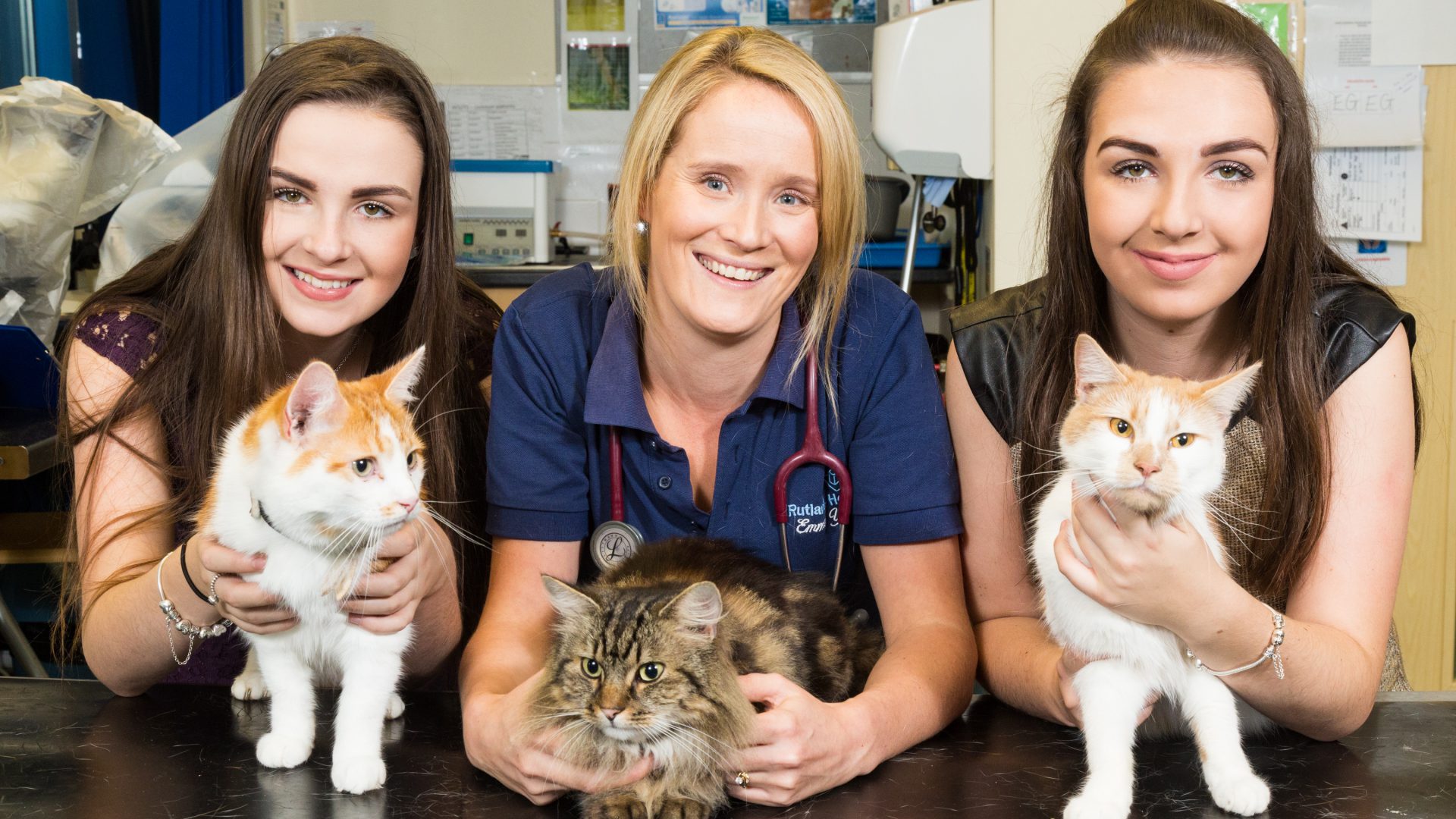 RUTLAND House Veterinary Hospital has revealed that hundreds of cat owners are at risk of accidentally killing their pets by using flea treatments meant for dogs.

Instead of using cat-specific products, owners are mistakenly using flea treatments designed for dogs, containing Permethrin, which is highly toxic to felines, with often fatal consequences.

In the latest case seen by the St Helens practice, three cats were rushed to the hospital by owner Sharon McGrath after becoming ill.

Georgie, a one-year-old ginger and white male, was so ill, he had to be placed into an induced coma to stop him having fits, caused by the toxic effects of the flea treatment.

Jasper, a nine-year-old ginger and white former stray, was disorientated and had a high temperature, while a third cat, a grey tabby called Sammy later became ill.

Like many owners, Miss McGrath, from Huyton, used a pipette of flea treatment meant for a small dog, and applied the liquid directly onto the skin on their neck, as directed. The drug can be absorbed through the skin and ingestion can also occur if pets groom each other

Despite fears that Georgie would die or suffer lasting brain damage, the veterinary team at Rutland House Veterinary Hospital managed to save their lives, and all three cats are back home after their lucky escape.

Vet Emma Youds is warning cat owners to check any spot-on flea products they have recently bought to ensure they do not contain permethrin, and to only use specific feline products on cats.

Emma said: “Many cat owners are mixing up cat and dog products, or simply unaware that you can’t use a dog treatment on a cat because it contains permethrin.

“These flea treatments are readily available to buy over the counter in supermarkets or on the internet, so it is important that owners check. Whilst there are warnings on packs, accidents continue to happen, causing suffering and death to cats.

“If cats that have been poisoned by permethrin are not treated correctly, it can be fatal. Permethrin works on fleas by attacking the nervous system and it causes horrendous neurological problems to cats as they can’t process the drug.

“The drug and its effects can damage the brain and other vital organs. This damage can often be limited by fast, appropriate veterinary treatment so if owners suspect permethrin has been applied they should contact their vet straight away.

“The three cats we saw recently showed typical signs of being poisoned. Two were twitching uncontrollably, distressed, agitated and had a high temperature.”

The three cats owned by Miss McGrath and her 18-year-old twin daughters Ella and Elisha became ill in the middle of the night, and were rushed to Rutland House’s emergency out-of-hours hospital.

Miss McGrath said: “Like many owners, I thought if it was OK for dogs, it would be OK for cats if I used a smaller dose. They have always been absolutely fine, but I used a different brand and put it on between their shoulder blades.

“They are both fine now as the treatment they received at Rutland House was fantastic.”