Susie in line for award after swapping stethoscope for stage 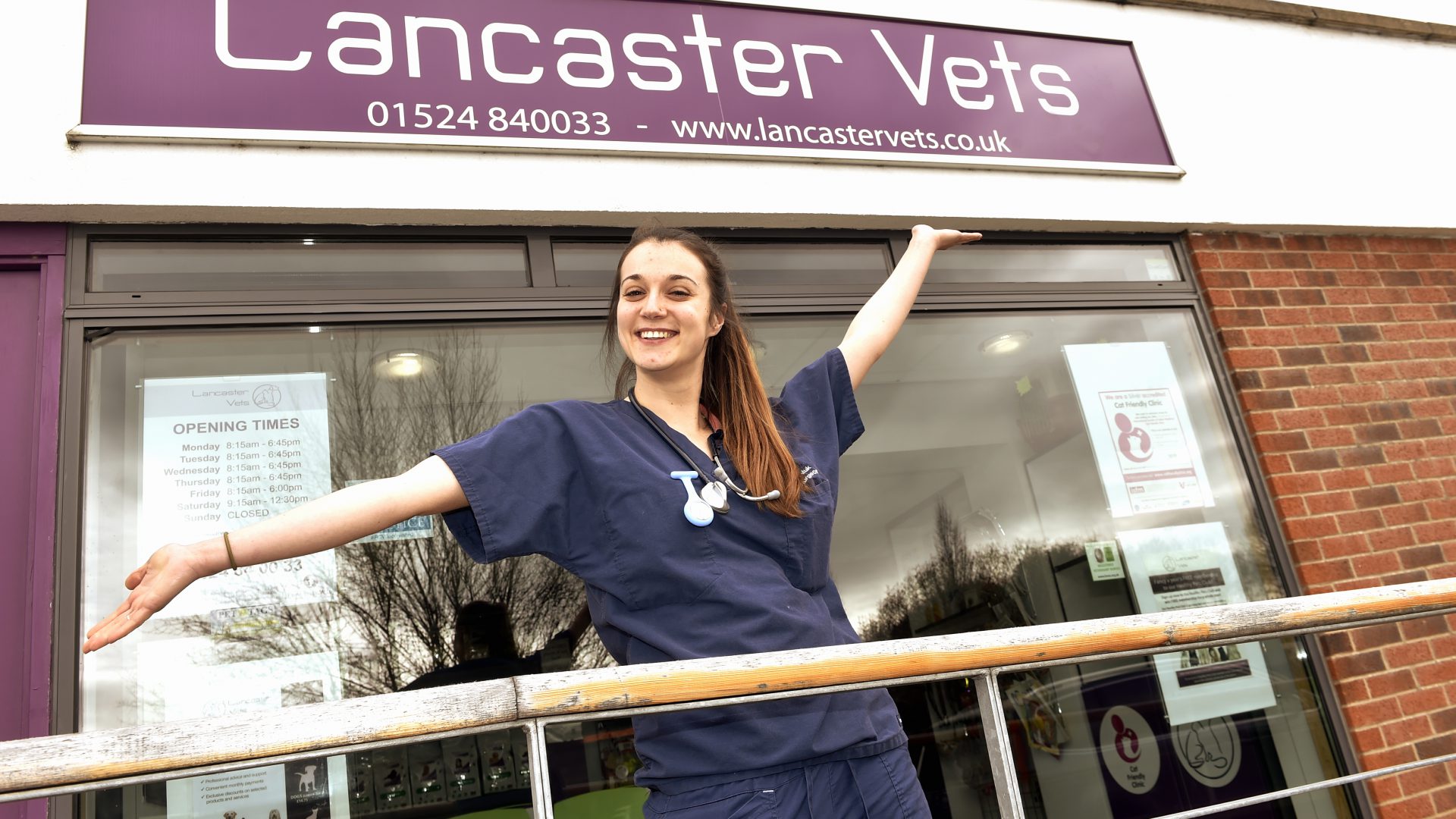 A LANCASTER veterinary surgeon, who turned her back on a career treading the boards, is in the running for a musical theatre award.

By day, Susie Romaniuk treats cats, dogs, rabbits and other small animals as a vet at Lancaster Vets in Bowerham, but in her spare time she loves to perform in amateur dramatics.

Her performance at Eliza Doolittle in Lancaster Red Rose Amateur Dramatics Society’s production of My Fair Lady saw her named best leading actress in a musical in North Lancashire and South Cumbria by the National Operatic & Dramatic Association (NODA).

She now advances to the regional final on May 5th in Manchester, where she will be up against the best leading ladies in productions from all over the North West, from Carlisle in the north right down to the North Wales border.

Susie, 27, who lives in Lancaster, qualified as a vet four years ago from Edinburgh University Royal School of Veterinary Studies.

If she had not succeeded in securing a place at vet school, she planned to pursue a full-time career in musical theatre after appearing in her first production while at school in Wirral.

Lancaster Red Rose Amateur Dramatics Society won eight NODA district nominations for the production, with Susie winning best leading actress after she took a week off from her job as a vet at Lancaster Vets.

“Eliza Doolittle was my dream role as it is a wonderful part to play,” she said.

“There’s a lot of humour in the role but also a lot of emotion, so it was a lovely role, and it was a pretty successful production.

“It’s lovely to be nominated and to be in the running at the ceremony.”

Susie is now preparing to appear in LADOS group’s production of Jesus Christ Superstar at Lancaster Grand Theatre, from May 7 to 11. She features in the chorus.

Although she loves her career as a vet, she would not rule out pursuing a future career in musical theatre if the opportunity came along.

“I love theatre as it is so exhilarating and a complete contrast to my normal job,” she said.

“I’ve always loved musical theatre in particular and if I hadn’t become a vet, I would have pursued a theatrical career as I used to do a lot of auditions while I was at school.”