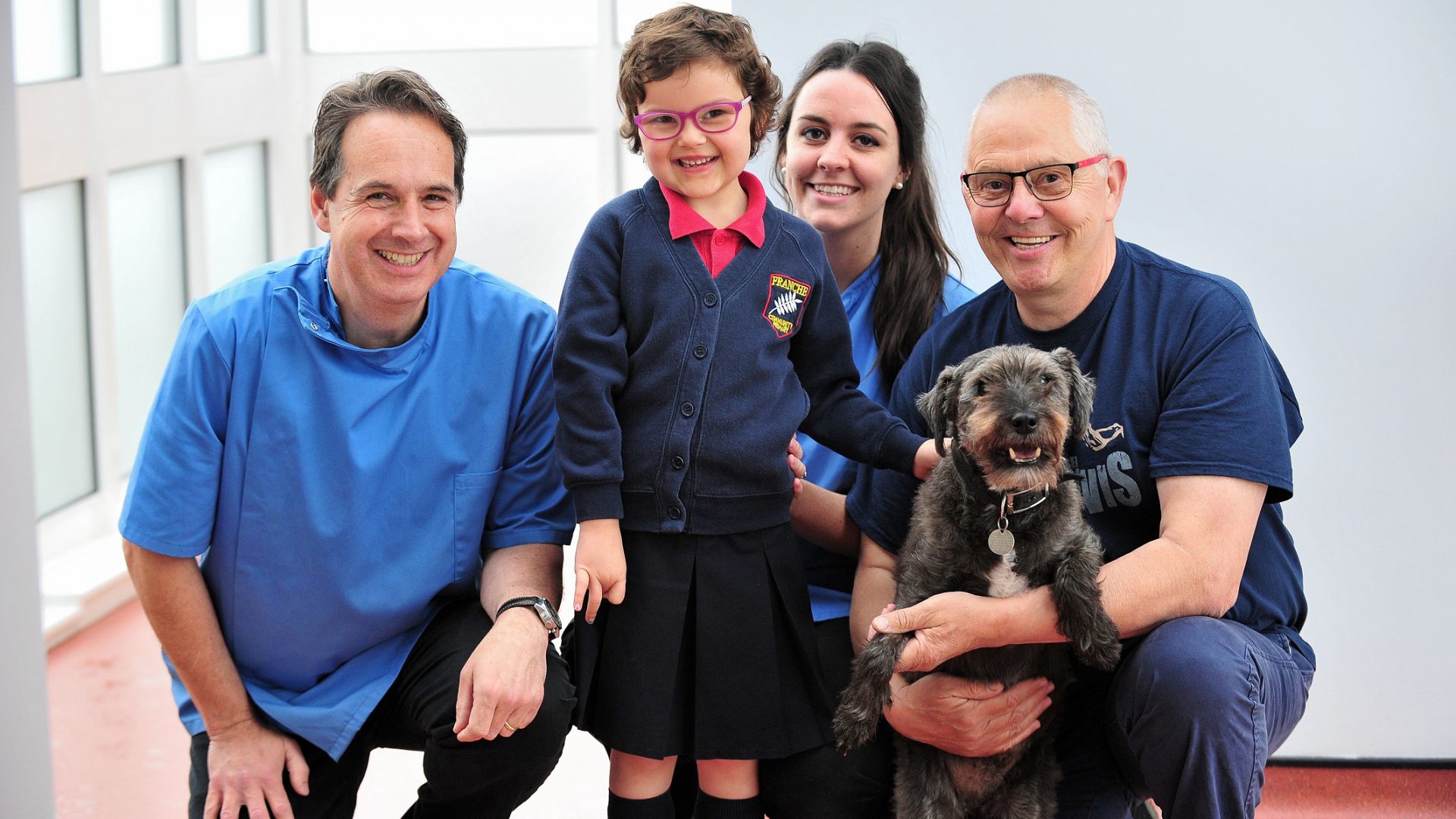 A TENACIOUS terrier climbed up the UK’s highest mountain after having lifechanging leg surgery.

Adventurous Choc, a 13-year-old Patterdale Terrier, made his way up Ben Nevis by the side of his owner Robin Galloway who is raising money for the hospital currently caring for his six-year-old granddaughter who has Acute Lymphoblastic Leukaemia.

Choc was only able to escort his owner up the mountain after transformative surgery on both rear leg cruciate ligaments performed by the team at Severn Veterinary Centre, Berkeley House, in Worcester.

Robin and Choc, joined by Robin’s partner Kay Dennison, took seven hours to ascend and four hours to descend the Scottish mountain and Robin praised his little friend’s “tenacious attitude” to make it to the top in taxing weather conditions.

Robin, who lives in Bewdley, said: “This walk was incredibly important to us as we want to raise money for the children’s oncology department at Worcestershire Royal Hospital, where our beautiful granddaughter Mia is currently being treated.

“Choc isn’t the youngest of dogs and his leg muscles had deteriorated over the years.

“I’d never have dreamed he would be up to the challenge of climbing Ben Nevis, and indeed he wouldn’t have been if it wasn’t for the fantastic job carried out by Jock and the team at Severn Vets to get him fit again.

“Visibility was quite poor on the walk with snow around us, but Choc loved it as he has a great attitude and loves his walks.

“Mia is always asking after Choc and thinks it’s wonderful that he walked up the mountain.

“The staff at the Children’s Oncology unit at Worcestershire Royal are second to none and they work wonders with all the children that pass through the unit, not just Mia. In fact, they are more than healthcare professionals, they are family!”

Robin is aiming to raise a minimum of £500 for Worcestershire Royal Hospital and has also completed a climb of Snowdon in Wales. To round off the three peaks challenge, he will be tackling Scafell Pike in June.

Orthopaedic veterinary surgeon Jock Queen said: “Choc has been a regular visitor to the practice in the last couple of years due to the damage from his cruciate ligaments.

“We are all very proud of Robin, Kay and Choc’s achievement to make it to the top of Ben Nevis and hope they continue to raise as much as they can for charity.”

Donations can be made through the ‘Mia’s Grang Grang’s Mountain Mission’ Facebook page.