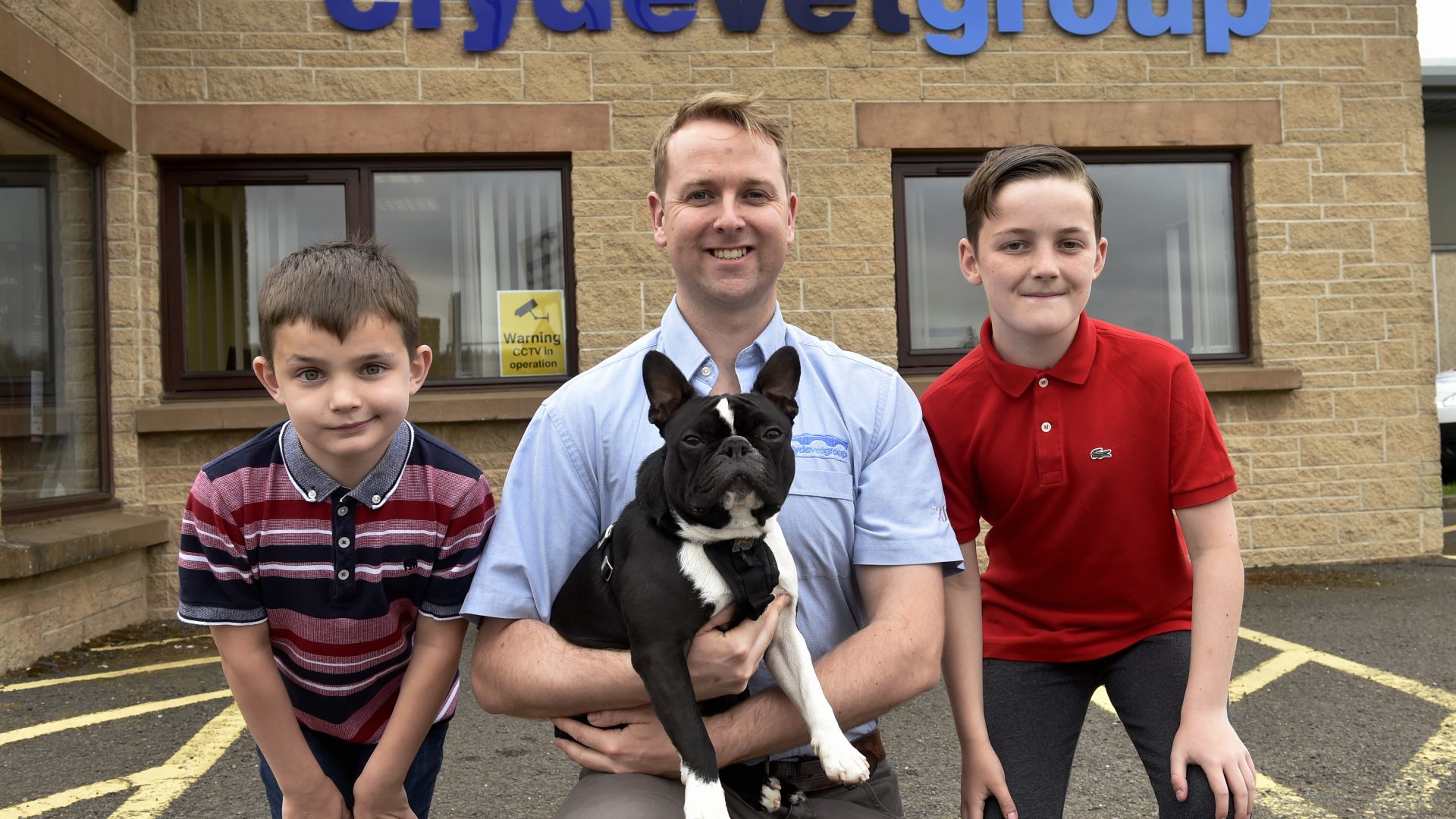 Many of these pooches end up suffering from a condition called Brachycephalic Obstructive Airway Syndrome, or BOAS, that often leaves them panting and making snuffling noises.

When Texas, a two-year-old Boston Terrier, suffered breathing problems that led to him collapsing while on walks with his owners, a Lanarkshire veterinary practice came to his rescue to transform his life for the better.

Veterinary surgeon Tim Borthwick, from at Clyde Vet Group in Lanark, performed radical surgery to widen his nose and shorten his elongated soft palate, a common abnormality in brachycephalic breeds.

The much-loved family pet is now enjoying a new lease of life with owners Margaret and John Irving and their son Robbie, 12 and eight-year-old Adam, who live in Lanark.

Clyde Vet Group is seeing more and more brachycephalic dogs that are suffering health issues, including problems with breathing and temperature control. Breathing problems in flat-faced dog breeds have usually been blamed on their noses and soft palates, but research has revealed that genetics may have a big part to play.

Now Clyde Vets is holding a client night at its small animal hospital in Hyndford Road, Lanark, on June 11th for owners who are concerned about their dogs. As well as a general discussion on the topic, focusing on symptoms and solutions, there will be a video of a BOAS operation.

Vet Tim Borthwick said: “Any dog with a short muzzle can suffer from BOAS, so there is a need to educate owners about respiratory problems they can encounter and inform them of options to improve their pet’s health and wellbeing.

“Because their skeletal structure is shorter, the result is more soft tissue with often reduced airflow, which has side effects. They can also suffer in hot weather or if they become excited or go on longer walks. There are two aspects to the surgery as we can remove a wedge of tissue in the nasal passage to open the airways and also shorten the soft palate, which tends to be elongated and thicker.

“We are performing more and more BOAS surgery and, if we can do it at a younger age, we can reduce potential problems later in life. Compared to 20 years ago, the amount of airways surgery has really exploded as more and more people are buying short muzzled dogs.”

Texas underwent an operation 12 months ago and his life has been transformed for the better.

Mrs Irving said: “He has a very squashed nose and was suffering from breathing problems. During hot weather he couldn’t run very far as he couldn’t breathe and would often collapse on the ground when we were out walking.

“Now he is much livelier and much healthier. He’s got a wee spark and quality of life. He loves to run around and chase his ball, where once he would have been shattered. We’re looking forward to summer as he loves to trot right round the golf course. The operation has completely changed his life.”