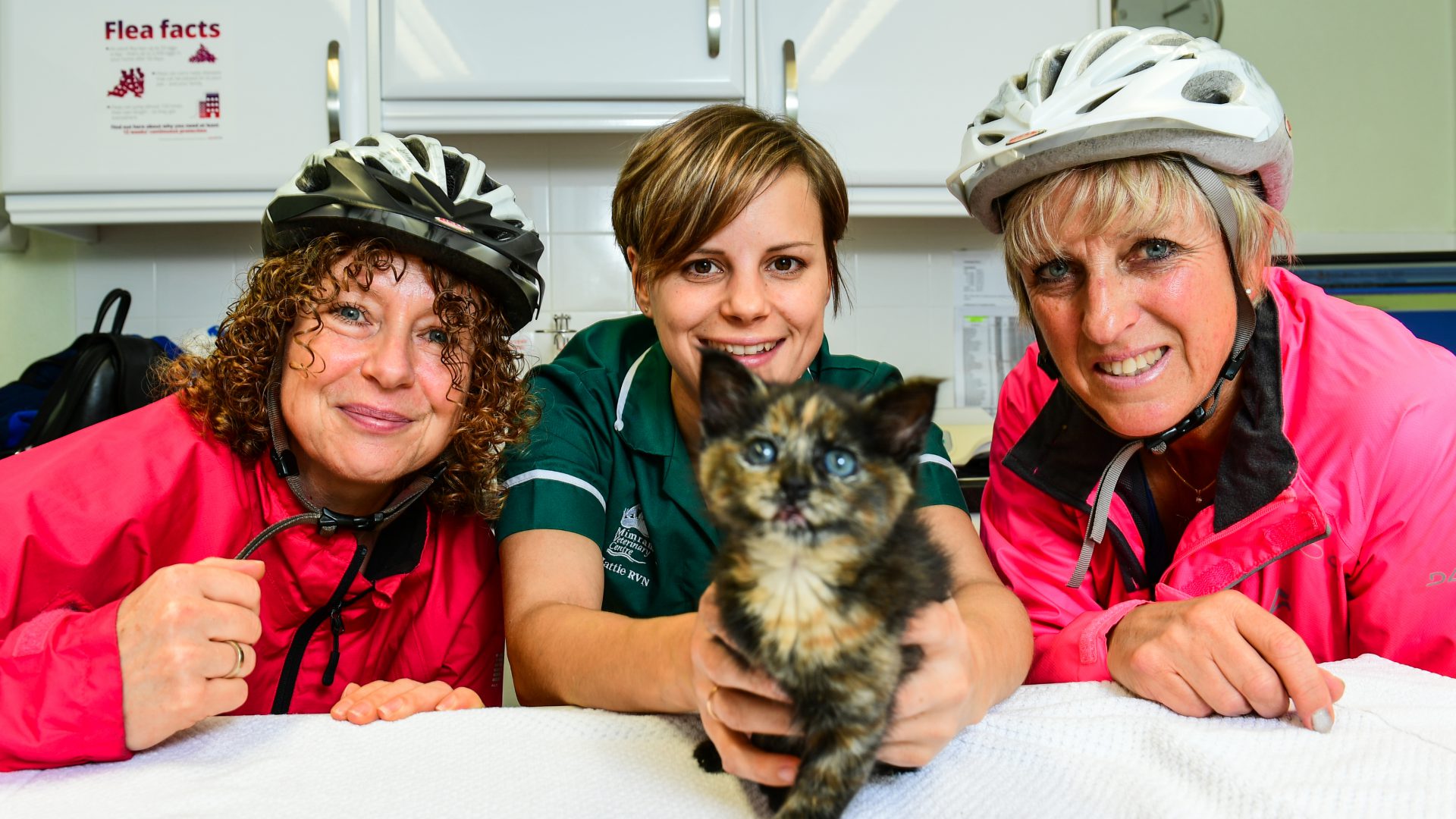 A KITTEN discovered cowering in a heap of fly-tipped rubbish has a new home after being saved with the help of a Welwyn veterinary practice.

Kathy Bearman was out cycling with friends when she spotted a large pile of discarded rubbish off a road near Codicote, Hertfordshire.

Appalled by the scale of the fly-tip, Kathy stopped to take a photo to report it to the local council but was shocked to find a small tortoiseshell kitten trembling within the pile of clothing, toys and plastic bottles.

Wrapping the kitten safely inside one of the women’s jumpers and placing her in a bicycle basket, the kind-hearted group immediately cycled her to nearby Mimram Veterinary Centre in Welwyn to be checked over.

Veterinary Nurse Anna Wright said: “The kitten was only around two-weeks-old and was very weak. If she had been left any longer she wouldn’t have survived.

“Due to the remoteness of the pile of rubbish in the countryside we believe she must have been abandoned.

“She would have been missing her mother at that age, so we had to carefully nurse her back to health. We took it in turns to bottle feed her and to take her home overnight and at weekends.

“After a few weeks she was fully weaned and much stronger so we decided she was ready to be rehomed.” 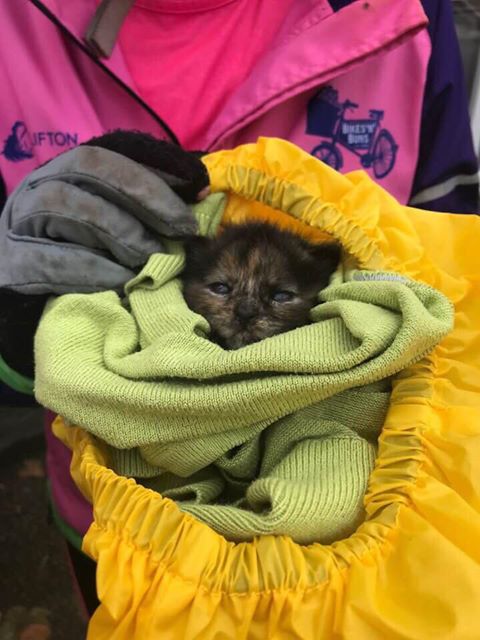 As Kathy has found the kitten and felt an attachment to her, she volunteered to adopt her and has given her the name ‘Ruby’.

Kathy said: “Ruby is a real little fighter and we can’t wait to have her as part of the family.

“When I first saw something dark and furry moving about in the rubbish I presumed it was a rat. I couldn’t believe it could be a kitten out there in the heart of the countryside.

“It was a warm day and how she survived I don’t know. It is disgusting to think that she could have been dumped there, perhaps deliberately.

“It was a team effort to get her straight to Mimram Vets and the practice team has been brilliant in getting her back to full health. I am now the lucky one to give her the life she deserves.”

Kathy’s cycling group go out once a week to see some sights in the countryside and then have tea and a cake.

The fly-tipped rubbish was reported to Hertfordshire County Council and on investigation no further animals were found and the pile was cleared.