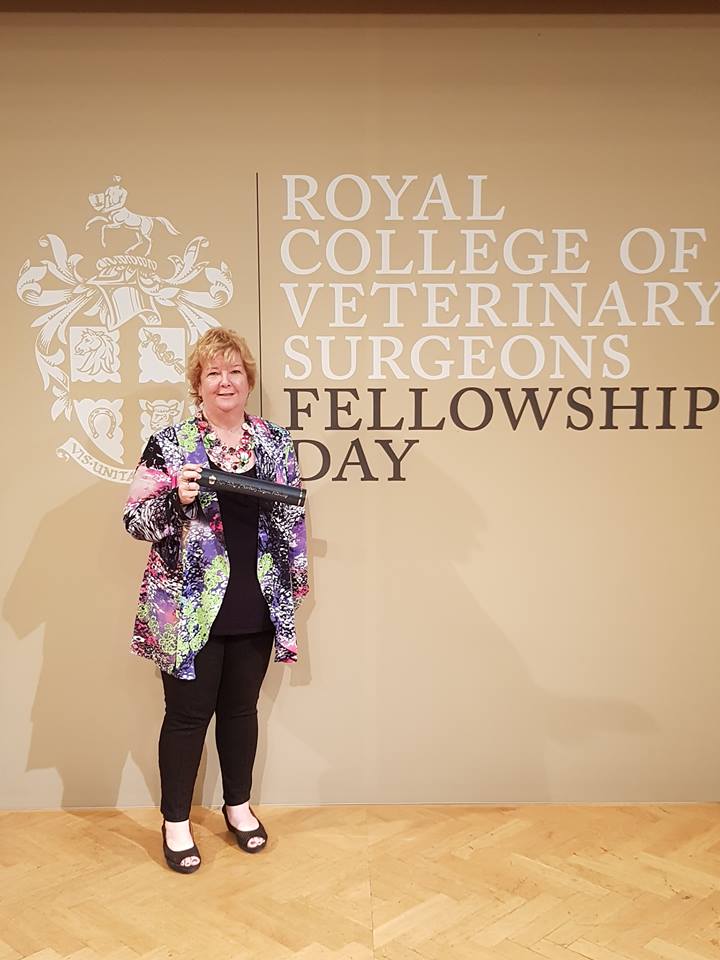 PIONEERING vet Jacqui Molyneux has earned one of her profession’s highest accolades.

The Royal College of Veterinary Surgeons (RCVS) has awarded a Fellowship, honouring Meritorious Contribution to the Profession, to Jacqui, who single-handedly built up Prince Bishop Veterinary Hospital in Leadgate, near Consett.

The Bristol-born vet set up Prince Bishop Vets in 1984 with the support of only two nurses, at a time when the veterinary profession was largely male-dominated.

Jacqui has helped to transform the veterinary profession through her work with the RCVS Practice Standards Scheme, which has enabled clients to have confidence in high standards behind the scenes.

She said: “I am honoured to have been recognised by the RCVS in this way. I have always been totally committed to improving the service the general practitioner offers to their patients and clients and the Practice Standards Scheme does just that.

“We currently have 60% of UK practices in the voluntary scheme so I would encourage members of the public to check their local practice is accredited.”

Jacqui led by example by transforming Prince Bishop Vets into a highly respected veterinary hospital with state-of-the-art facilities. It now employs a staff of 24.

Having expanded with a branch surgery in Crook, Prince Bishop is today renowned as one of the most successful practices in the UK with a raft of awards under its belt.

Jacqui’s Fellowship comes more than a year after the practice was rated “outstanding” in three categories in the RCVS Practice Standard Scheme Awards scoring highly for excellence in client service, diagnostics and patient consultations.

Later in 2016, it won another three plaudits under the same scheme for Team and Professional Responsibility, In-Patient Service and Emergency and Critical Care, making it the first practice in the UK to be named “outstanding” in all six categories.

Jacqui was elected to serve on the RCVS Council in 2006, becoming the organisation’s President in 2012/13. She is chair of the Practice Standards Group.

She received an honorary lifetime membership of The Society of Practising Veterinary Surgeons (SPVS) in 2014 after being its president in 2010/11 and is delighted at being awarded the Fellowship.

“Veterinary medicine was a very male-dominated profession when I qualified and it was rare for women to set up and run their own practice,” she said.

“I was raising a young family at the time and my mother was an integral part of the team as she came up to help take care of the children. It was hard work building it up but I was very fortunate to have such a good team behind me.”