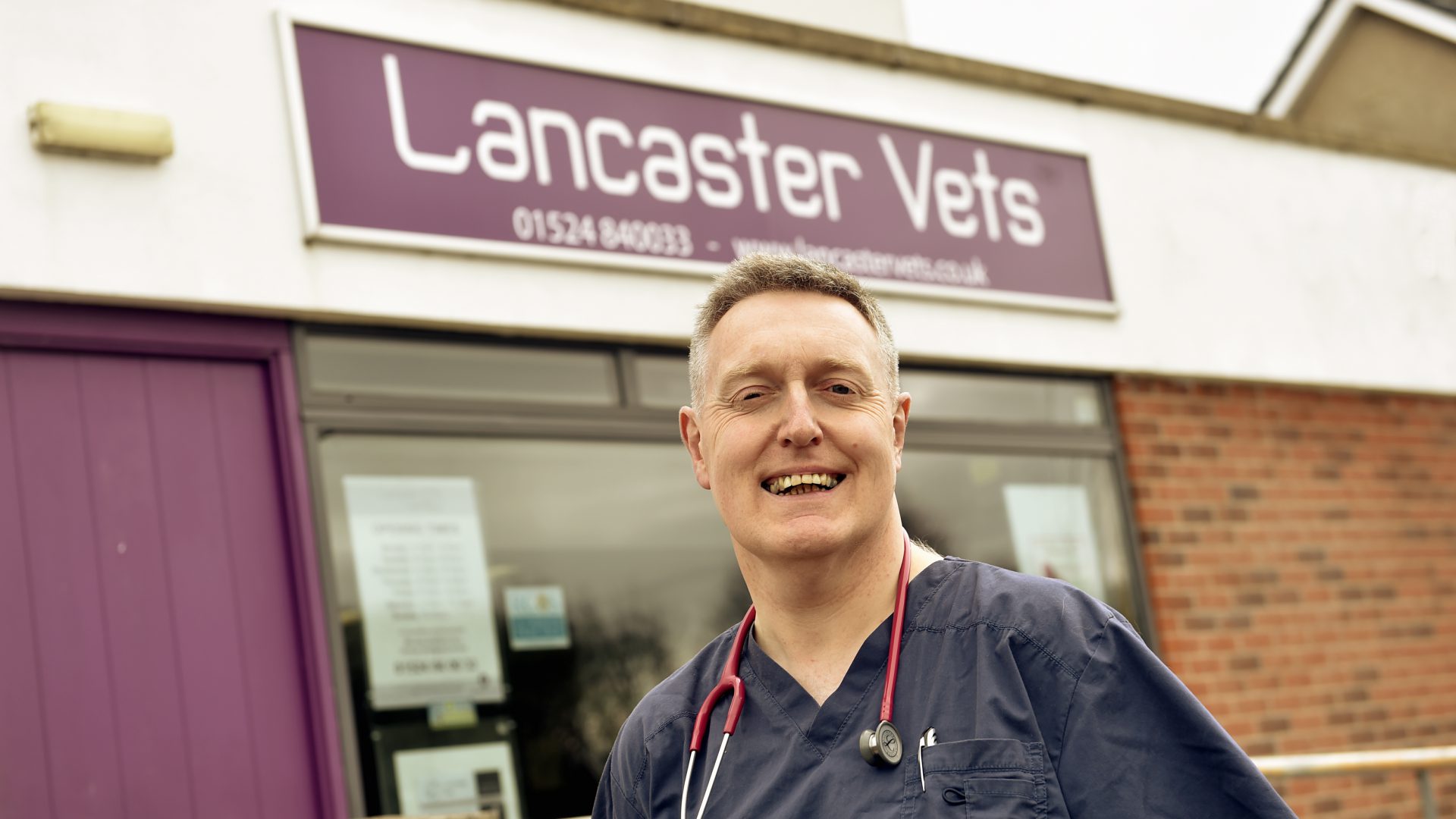 A LANCASTER vet has spoken out about his mental health battle that left him feeling suicidal.

James Glass, from Lancaster Vets in Bowerham, says there is light at the end of the tunnel after suffering from severe depression.

He wants to encourage colleagues in the veterinary profession not to suffer in silence if they are struggling with mental health issues.

UK vets have a suicide rate almost four times higher than the national average. Record numbers of veterinary professionals are reaching out for support from Vetlife Helpine.

James’ ordeal began in March 2018 when a close friend took his own life and he was working longer hours than he should have done.

“I remember finishing work and looking at the contents of our practice drug cabinet and wondering if I should go home or end it all,” he said.

“I lost all interest in life and made plans to end my life because I couldn’t face living how I was living anymore. I was emotionally distressed and felt as if everything was crashing down around me.”

James, 52, was signed off work, prescribed anti-depressants and placed in the care of a psychiatric team.

With the support of wife Debbie, who is practice manager at Lancaster Vets, their children, John, 18, and Amy, 20, and colleagues, James is pulling through.

He feels it is important to tackle the stigma of mental illness to encourage others suffering from depression and anxiety to seek support.

James continued: “I feel it is important to talk about what happened. We need to be open and honest about the fact that depression is an illness and it can affect anyone.

“I got to 51 without any problems. I was easy-going, sociable and used to take long working hours in my stride. I was always optimistic and never had any issues.

“A member of staff left, and I was working more than I should have done. I wasn’t sleeping well, which is a red flag for mental health. When a close friend took his life in March 2018, I expected to be full of grief, but I really struggled to move on from that.

“By June last year, I really wasn’t well, but my professional pride stopped me asking for help. I lost interest in life and everything became dull and lifeless. That’s when I started contemplating suicide.

“To my shame, I came into the practice one morning and completely lost it. I screamed and shouted at the team and everyone was in shock because it was so out of character for me. It rang a huge alarm bell and I had to apologise.”

The incident jolted James into contacting his GP by email, unburdening himself by revealing how ill he felt and his plans to end his life.

“You can’t see a way forward to get better and you think about a way out. I had hidden a lot from Debbie and it was a huge shock to her when I told her everything.

“My GP told me to stop working and diagnosed severe depression and suicidal intentions.

“I spoke to a mental health nurse and told her I felt it was inevitable I would take my own life at some point. I went from the care of my GP to the care and supervision of the NHS psychiatric service. It had been like a dam being held back and then everything falling apart.”

The practice is part of VetPartners, a UK veterinary group, which provided support to James during his slow road to recovery.

He said: “Our VetPartners Business Development Director Jason Atherton provided amazing support and even came to consult at the practice to help us out during my absence.

“VetPartners were so caring and supportive throughout. I was able to have honest communication and say I was struggling without feeling under pressure to return.

“VetPartners has raised awareness of wellbeing issues, but by supporting people, they have backed it up with deeds, not just words.

“I’ve had a serious mental illness but the vast majority of people do recover from this.”

Running has helped James on his road to recovery and he will take part in the Edinburgh Half Marathon on May 25 with Kirsty Barker, clinical director at Ashlea Vets in Carlisle, and VetPartners BDD Jason Atherton.

The trio are raising funds for Vetlife, a charity that provides emotional, financial and mental health support to the veterinary community. To donate, visit https://www.justgiving.com/James-Glass2?