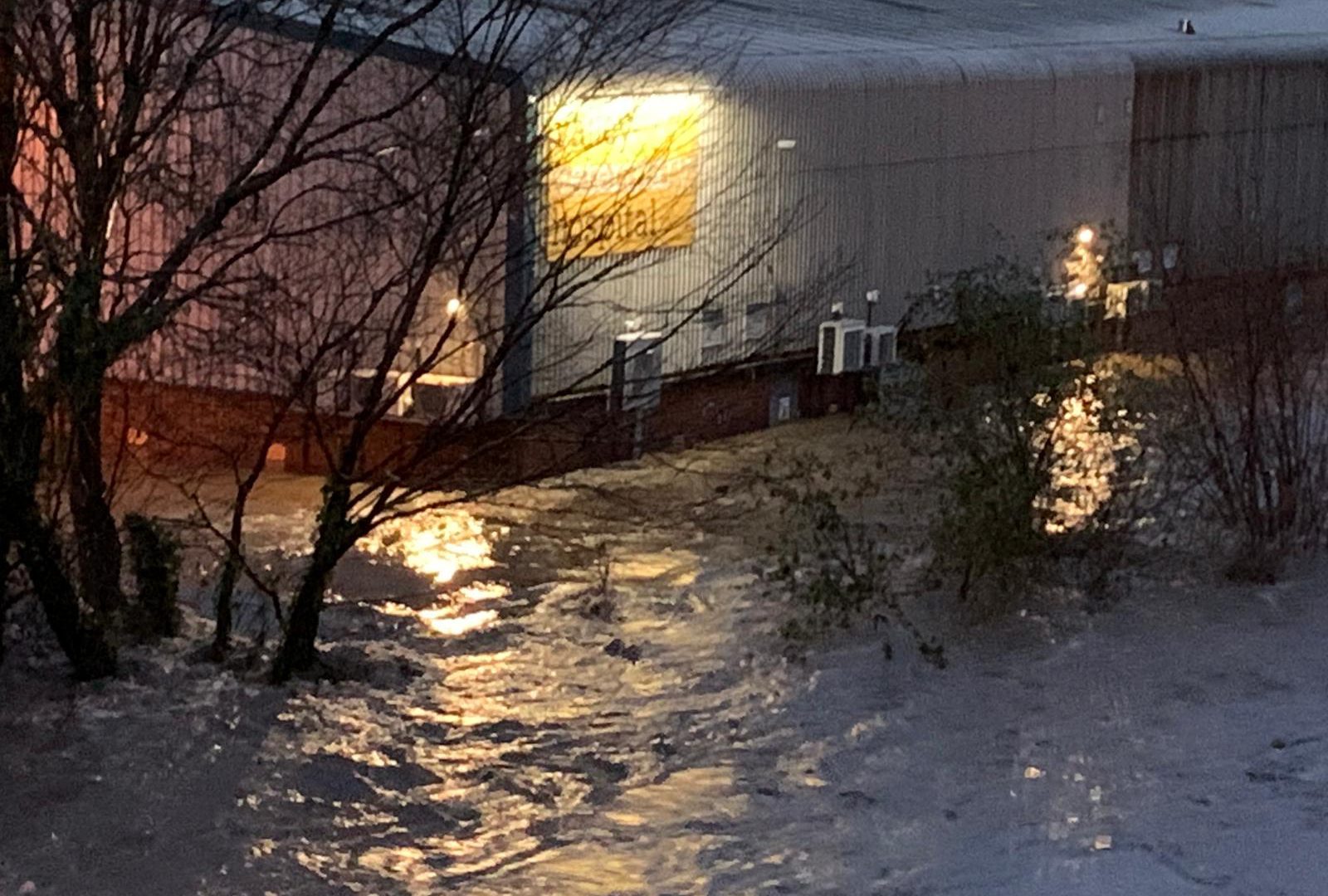 A NEW state-of-the-art veterinary hospital opened by VetPartners only seven months ago is beginning a huge clean-up operation after being devastated by Storm Dennis.

Two vets and three veterinary nurses, along with 16 in-patients, had to be evacuated from Valley Veterinary Hospital in Gwaelod y Garth after the building was left under five-feet of flood water when the River Taff burst its banks shortly just after 3am on Sunday.

The veterinary hospital is the most high-tech facility of its kind in Wales and opened its doors only seven months ago at a cost of £2million.

No one was hurt and all pets were brought safely out of the building as the hospital’s out-of-hours team quickly moved all in-patients upstairs as the river started rising.

However, equipment valued at several hundred thousand pounds, including a CT scanner, digital x-ray machines, ultrasounds, oxygen generator, lab equipment, dental machines and endoscopes were all destroyed in the carnage, caused by a month’s worth of rain falling in less than 48 hours.

Valley Veterinary Hospital was officially opened by The Lord Mayor of Cardiff, Councillor Daniel De’Ath, in July after an empty warehouse was transformed into a two-storey veterinary hospital, providing 24-hour care, seven days a week.

Damage is currently being assessed by loss adjusters, but the hospital does not expect to be fully functional again for six months, although the first floor facilities could be open in a matter of weeks.

Patients are now being cared for at its four branch surgeries in Cardiff, Ystrad Mynach, Caerphilly and Pentyrch.

Valley Vets is part of UK veterinary group, VetPartners, which provided investment for the new hospital.

Mark Evans, VetPartners Business Development Director for South Wales, praised the quick action of his team to help their patients, as well as South Wales Fire and Rescue Service.

Mr Evans said: “This was a disaster but it will have a happy outcome for all concerned because we will bounce back strongly from this.

“Our out-of-hours team reacted very quickly to move patients upstairs as soon as they were aware the river was rising. We are very proud of how they responded.

“They also moved equipment onto work surfaces, but such was the speed of the flooding that the counter tops were eventually submerged as the whole hospital was under five-feet of water in less than an hour.

“The crew from South Wales Fire and Rescue Service that attended were incredible. They had to smash their way through glass panels at the front of the building to gain access. The team was evacuated on boats and dogs were floated out of the building on cushions.

“It has been harrowing for everyone involved, but the morale of the team has been incredible. We’ve had so many messages of support from our clients, other VetPartners practices, the wider profession and nationally from our suppliers.

“Having seen this devastation to our workplace, our heart goes out to those whose homes have been effected and members of the community who have been hit by these floods.”