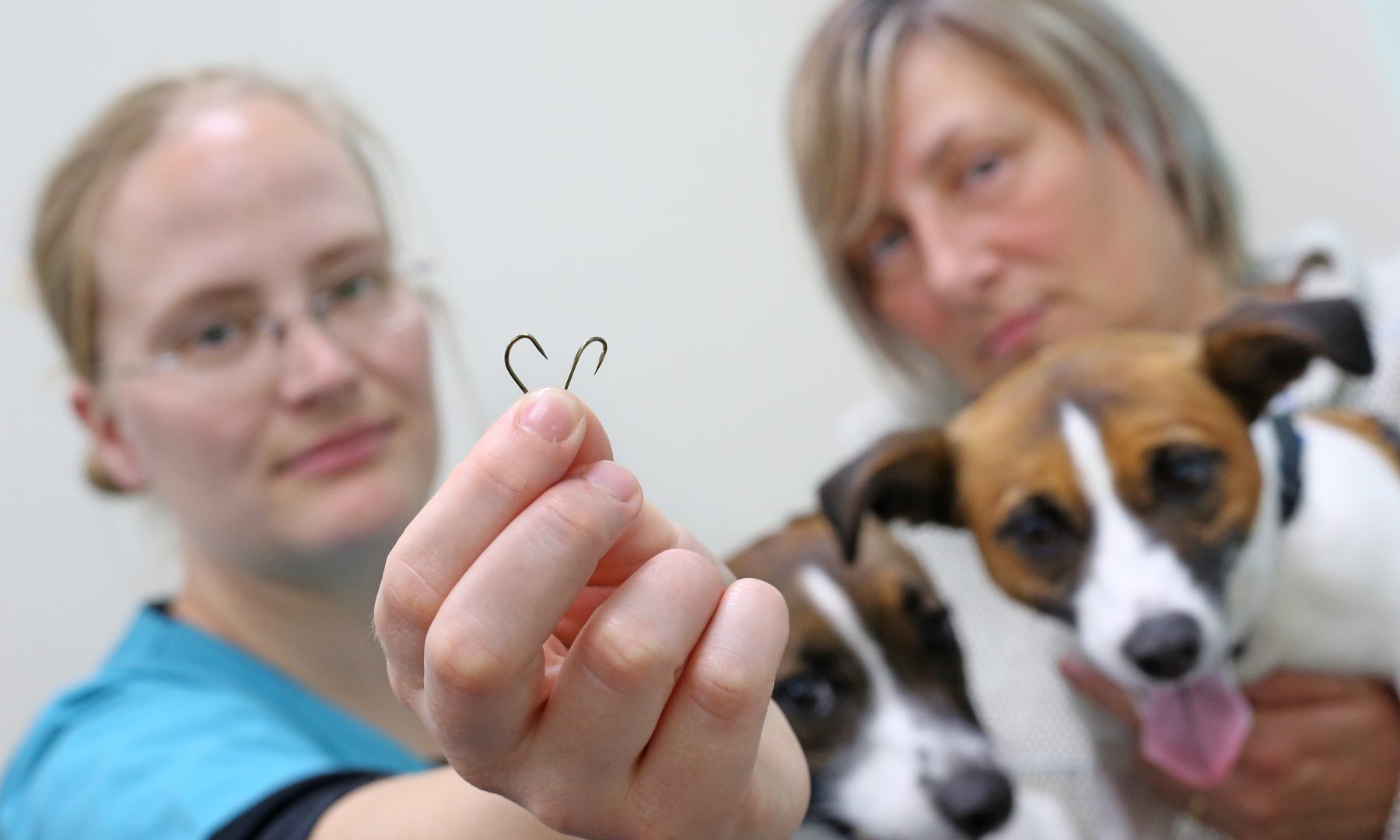 A BISHOP Auckland veterinary practice is warning dog owners to be vigilant after two Jack Russell terriers had emergency operations to remove fish hooks from their stomach.

Beauty and Toby, aged three and one, had eaten the cooked sausages with metal hooks inside after finding them at their owner’s garden in Kirk Merrington, near Bishop Auckland.

Owner Wendy Blatchford rushed the pair, and her two other Jack Russells, to Wilson Veterinary Group, after she noticed her dogs were behaving oddly one evening and discovered the sausages.

Vet Karin Volker saw the meat had been tampered with and x-rayed the four dogs under sedation.

The x-rays showed two 5cm long metal fish hooks inside Beauty’s stomach and one inside Toby’s stomach. Wilson Veterinary Group run a 24-hour service and a decision was made to operate immediately at midnight.

Karin and registered veterinary night nurse Nicola Grinham-White performed the emergency surgery on the terriers to remove the hooks.

Beauty and Toby were monitored overnight before returning home the next day to recover.

The owner fears her much-loved family pets may have been deliberately targeted and is urging other pet owners to be vigilant. The incident has been reported to the police.

Karin said: “These dogs have been very lucky and it is down to the quick thinking of their owner who realised they had eaten something they shouldn’t have and took them to see us.

“It appears the fish hooks were maliciously pushed inside the cooked sausages and placed where the dogs could eat them.

“I have never seen anything like this before. It is horrifying to think anyone would want to intentionally harm an animal and we ask owners to be observant.

“If you do find anything suspicious that you think your pets may have eaten then immediately bring them to your vet to be examined.” 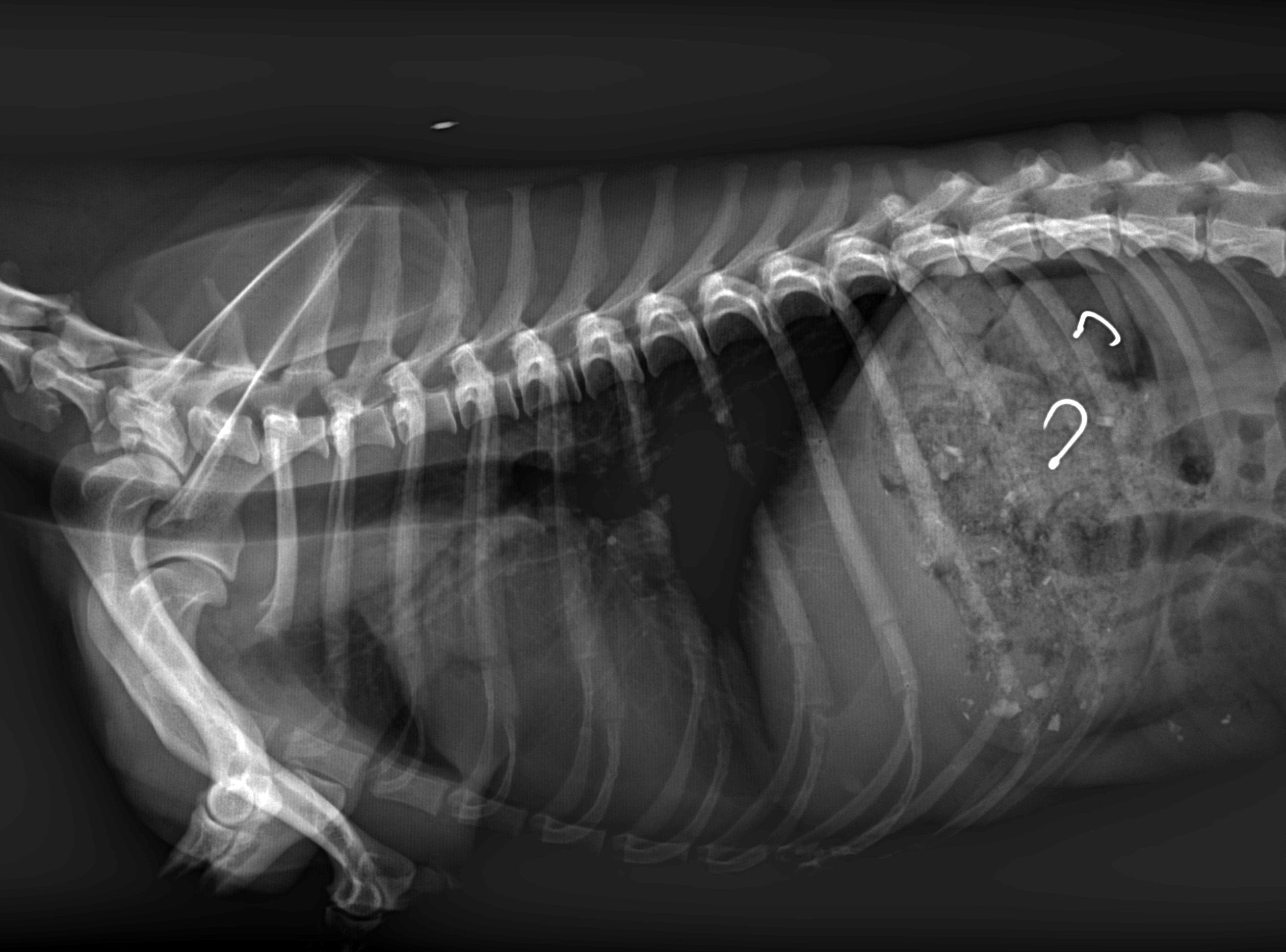 Wendy Blatchford, said: “I am disgusted with whoever would do this especially if they are trying to deliberately harm family pets.

“I was supposed to be going on holiday the following week but I had to cancel my plans to look after the dogs.

“If the fish hooks had pierced the stomach wall then I was told that this could have caused peritonitis, a life-threatening infection, so I am lucky they were discovered so quickly.

“Wilson Vets were really helpful and I am very grateful that they were able to operate out-of-hours on a weekend.”