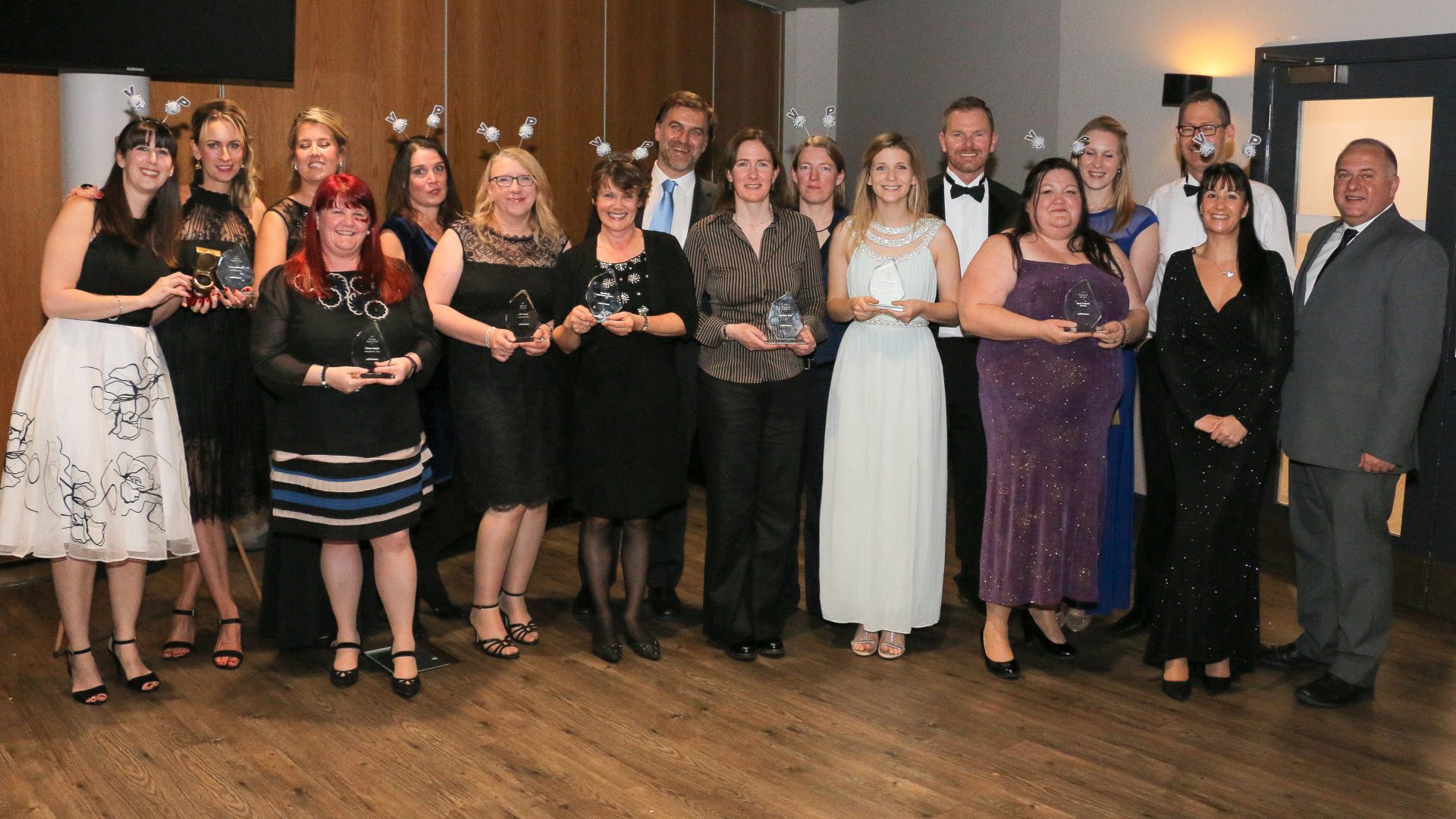 The UK veterinary group honoured the success of its practices and team members at a glittering awards ceremony at the Principal Hotel in York on Tuesday night.

VetPartners, which was established in November 2015, has more than 50 veterinary practices, with 2,000 employees working across 200 sites in England, Scotland and Wales.

Teams were invited to nominate colleagues in eight categories and winners were revealed on the night, along with a special award chosen by directors.

Best Friends Veterinary Group, which has its headquarters in Peterborough and 28 other surgeries across the South East and the Midlands, was named Practice of the Year.

The practice employs 41 vets and 47 veterinary nurses, as well as reception and admin staff, and joined VetPartners in November 2016.

VetPartners Chief Executive Jo Malone said: “Best Friends Veterinary Group was chosen because of their commitment to change and the huge drive for improvement in so many areas.

“They wholeheartedly embraced our culture. The collaboration within the practice and also of VetPartners is great, so they are deserved winners.”

Eastfield Veterinary Hospital in North Thoresby, near Grimsby, received a special award in recognition of their commitment to clients, patients, colleagues and the practice itself during a period of transition.

Jo added: “The whole team at Eastfield Vets has supported each other through extremely difficult times, often with personal sacrifice and a willingness to go the extra mile.”

Lisa Flood, a Clinical Director at Chantry Vets in Wakefield, was named Vet of the Year.

Described as “Wonder Woman” by practice colleagues, Lisa has developed her orthopaedic skills during three years at Chantry Vets and is now pursuing a Certificate in Diagnostic Imaging.

She is also a mentor to colleagues, holding one-to-one feedback sessions and creating training handouts for vets. She also provides support to other VetPartners practices by offering to take orthopaedic referrals.

Eastfield Vets veterinary nurse Alison Young was named Nurse of the Year in recognition of her commitment to clinical standards and care.

Amanda Connell, from Minster Vets in York, was named Receptionist of the Year. Amanda is much-loved by colleagues and clients, with a legendary smile and chuckle.

Fiona is noted for going the extra mile for her team and has helped welcome other VetPartners practices to the group.

Border Vets, which has surgeries in Galashiels, Selkirk and Innerleithen, were named Community Champions.

Vet Christina Stubbins, from Prince Bishop Vets, was honoured with the Leadership Award for inspiring and leading her team since being promoted to Clinical Director at the County Durham Practice.

CEO Jo Malone added: “We wanted to recognise the efforts and achievements of our dedicated teams who go the extra mile for clients in the communities they serve, helping to improve the health and save the lives of pets.

“The awards were a great opportunity to shine the spotlight on the great work of a colleague or team who provides to help provide exceptional service, care and support to clients and fellow team members.

“All the winners were chosen for displaying the VetPartners’ values of collaboration, support, commitment, respect and approachability.”

The judging panel, comprised of VetPartners senior management team, drew up a shortlist, with the winners revealed on the night. Some 200 delegates, including Clinical Directors, Practice Managers and Head Nurses, attended the VetPartners Congress at the Principal Hotel in York.