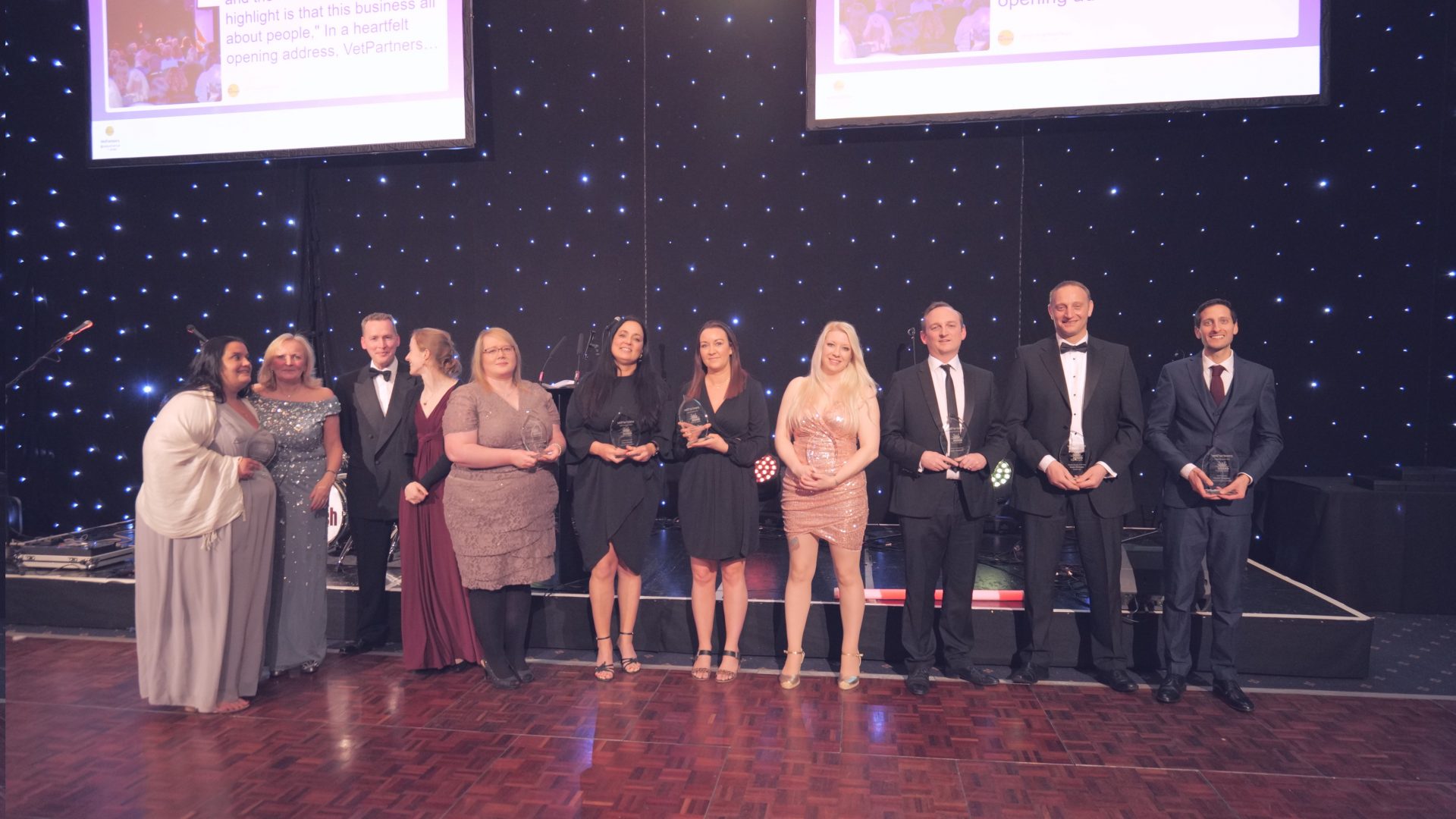 A VET whose dream of creating a new flagship veterinary hospital became a reality has capped a memorable year by being crowned VetPartners Vet of the Year. 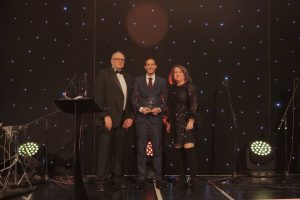 Kevin Clayton won the accolade at the York-based veterinary group’s annual awards, which celebrate shining stars, unsung heroes and those who make a real difference to their workplace and their community.

Kevin was behind the new £1.8 million state-of-the-art Farnham Veterinary Hospital in Surrey, which was designed to deliver the highest standards of care to pets in the area, with three large operating theatres and the latest high-tech equipment, including a CT scanner, water treadmill, dental X-ray machine and ultrasonography.

VetPartners funded the new facility – the largest first-opinion veterinary hospital in Surrey – and worked in collaboration with Kevin to bring his idea to life. As well as overseeing the opening of the hospital, the clinical director was praised for volunteering for shifts during recruitment challenges and being an inspiration to the whole team.

There were more than 30 nominations for the award, reflecting the talent among our vets, as well as the respect they command among their colleagues.

VetPartners has 188 small animal, equine, mixed and farm practices, as well as other businesses, with more than 7,000 employees working in 550 sites across the UK and at its headquarters in York.

At its awards, which are the highlight of the group’s annual Congress, VetPartners honoured the success of colleagues, practices and central support team members its headquarters in York. 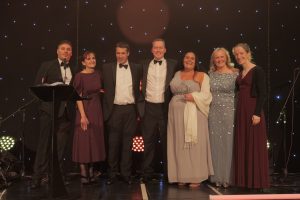 Aireworth Vets, a mixed practice in Keighley, which covers a large radius of Yorkshire and Lancashire, was named Practice of the Year. Minster Veterinary Practice in York and Ashworth Veterinary Group were also shortlisted.

The award was presented by VetPartners CEO Jo Malone, who said: “Every practice shortlisted deserves this award, but Aireworth Vets edged it. Everybody at this practice has worked incredibly hard to move the practice forward despite the challenges of Covid over the last 12 months.

“They have introduced new services for clients, achieved ISFM accreditation, and increased their referral caseload. The team works incredibly well together and ensure that each other’s wellbeing is always prioritised.”

Sam Hopley-Davies, from Poultry Health Services, was named Receptionist of the Year. Her dedication to her practice, as well as the support she gives vets and nurses, saw her nominated by six of her colleagues, who praised her for going “above and beyond” every day.

Success at the double 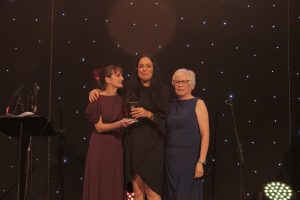 Poultry director Sara Perez made it a double success for Poultry Health Services after winning the Leadership Award.

Judges described her as an “outstanding vet and role model” and praised her “energy, hard work and performance during a challenging year.”

Sean Dickson, from Galedin Vets, was named Practice Manager of the Year, after being praised for his leadership and management skills which have helped to transform the practice’s leadership team. Sean has supported and empowered his colleagues, as well as mentoring less-experienced practice managers from VetPartners family of practices in the Scottish borders. 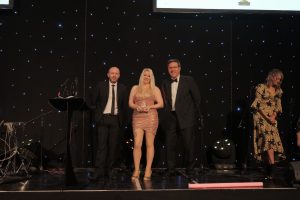 Shandi Yair, from the central finance team, was named Support Team Star. Shandi was nominated for going “above and beyond” and for her support of practices.

The Veterinary Nurse of the Year award was another competitive but the winner was described as someone who works tirelessly to deliver a high standard of care to patients and clients. Winner Tammy Whitbread, from Broughton Vets, was also praised for developing and supporting junior team members and her positive attitude.

Vet Becky Sedman, who has a dual role as a vet at Minster Veterinary Practice in York and as a sustainability advisor in the central sustainability team received the Community Champion Award.

Becky helped her practice become the first in the group to achieve the Investors in the Environment silver award and now advises practices to reduce their environmental impact. Judges said: “It is abundantly clear how passionate she is about the environment.”

There was also a special award for being “awesome” for VetPartners Director of Acquisitions Rob Hopkins, who has helped to oversee the group’s expansion.

CEO Jo Malone added: “I am so proud of our teams and what they have achieved during 2021. The challenges we have faced this year and last year due to Covid have been extreme, but everyone has pulled together and supported each other the best they can.”

Some 350 practice managers, clinical directors, senior vets and head nurses attended the VetPartners’ Congress at York Racecourse over the two days, where there were live streams of clinical discussion across the species groups. The event was also on Zoom for those unable to attend. 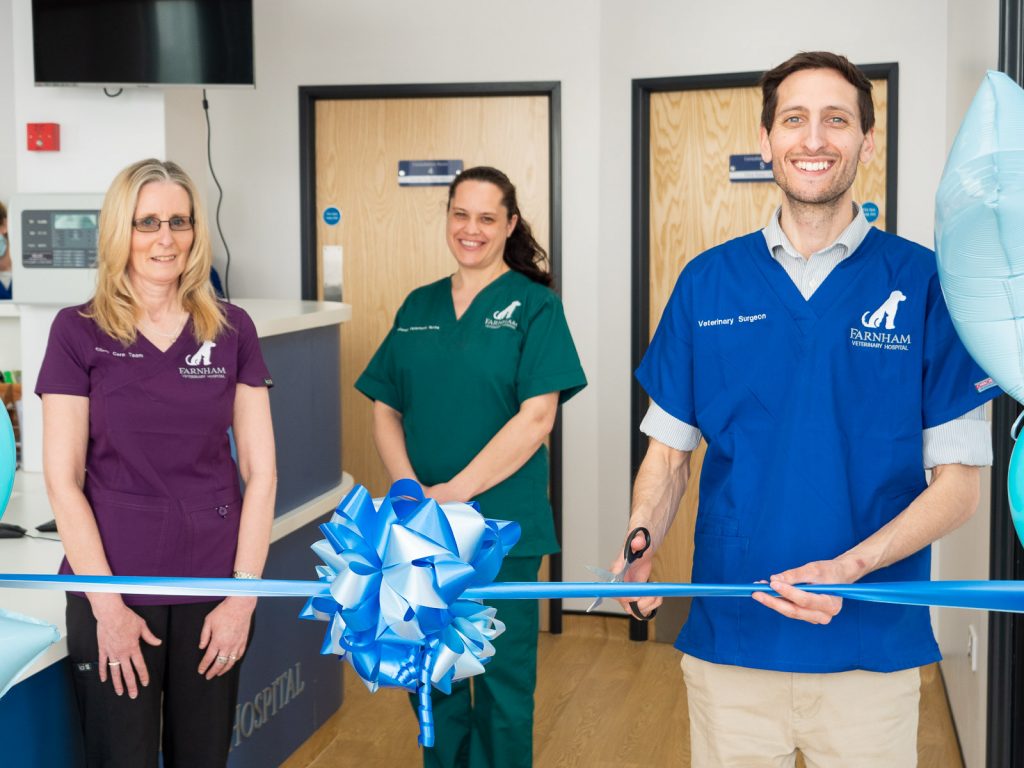 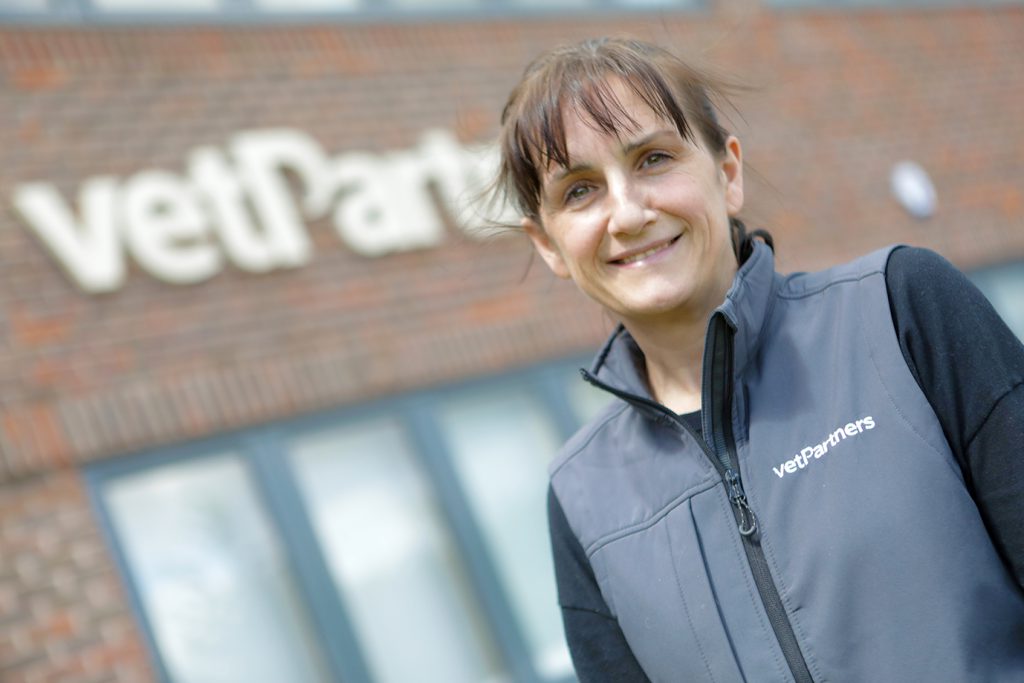 VetPartners announces major investment to enhance care of both patients and people
XWe use cookies on our website to give you the most relevant experience by remembering your preferences and repeat visits. By clicking “Accept”, you consent to the use of ALL the cookies. However you may visit Cookie Settings to provide a controlled consent. Read MoreCookie settingsRejectAccept
Einwilligung verwalten