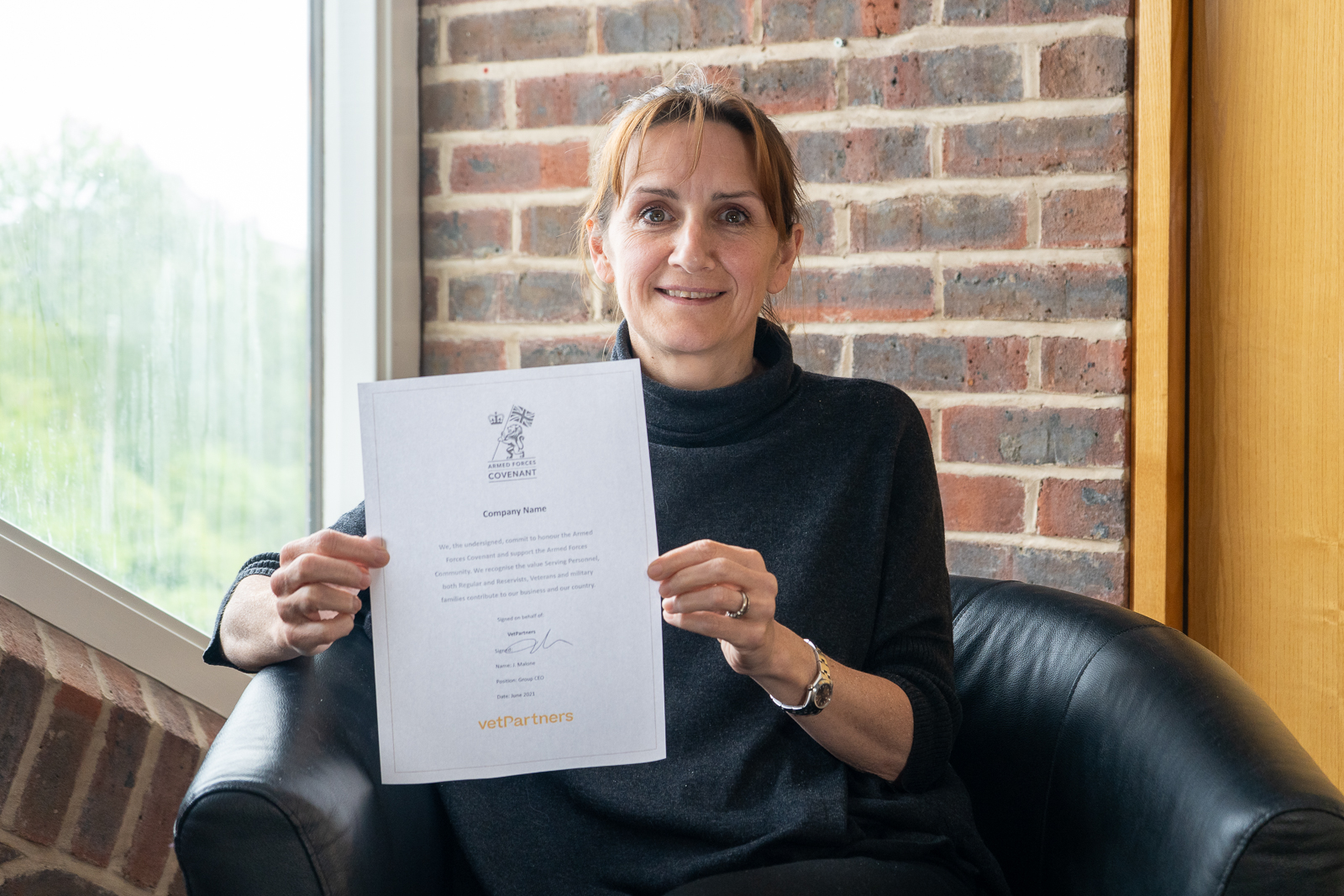 VETPARTNERS CEO Jo Malone has spoken of her pride in signing a pact with the armed forces to support ex-service men and women find jobs and thrive in the workplace.

Jo signed the Armed Forces Covenant on behalf of the York-based veterinary group, an agreement which states that a business will do all is can to ensure ex-military do not face discrimination.

Signing the Covenant and becoming a forces friendly employer is especially poignant for Mrs Malone as her dad Robert Wilcockson served in the Corps of Royal Engineers as a biomedical engineer.

Sadly, he did not live to see his daughter, a veterinary surgeon, go on to achieve business success after founding VetPartners in 2015 and guiding it to become Europe’s leading veterinary groups, with 160 practices employing more than 6,000 people across around 550 sites across the UK and at its headquarters at Spitfire House in Clifton Moor, York. 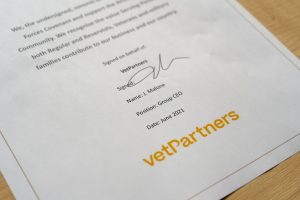 Mrs Malone said: “My dad served in the army from the age of 15 when he enlisted. When he left at 46, he found it incredibly hard to adapt to civilian life. I know many others serving in the Armed Forces are, and were, in a similar position.

“It is also hard on family members looking for work when they are moving around regularly, so being involved in this initiative is something we wanted to do to show our commitment to our armed forces.”

Since 2011, more than 6,000 businesses of all sizes, charitable organisations, local authorities and public sector organisations have signed the Armed Forces Covenant.

VetPartners has committed to recognise the value that serving personnel, reservists, veterans and military families bring to the business and to the country. They have pledged to uphold the principles of the Armed Forces Covenant by promoting the fact they are an Armed Forces-friendly organisation and support the employment of veterans by recognising military skills and qualifications in their recruitment and selection process.

They will also aim to support the employment of service spouses and partners and provide flexibility in granting leave before, during and after a partner’s deployment.

In addition, they will support employees who are members of the Reserve Forces, granting additional unpaid leave for annual training, supporting any mobilisations and deployment and actively encouraging colleagues  to become reservists. 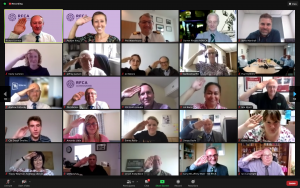 The Armed Forces Covenant signings and Defence Employer Recognition Scheme are supported by the Reserve Forces’ and Cadets’ Association for Yorkshire and The Humber. Its Regional Employer Engagement Director Pauline King said: “The Armed Forces Covenant is a great way for employers to show their commitment to the whole Armed Forces community and we are delighted to have VetPartners on board. We look forward to working with Jo and her team as they deliver on the pledges they have made and to assist them in achieving the Defence Employer Recognition Scheme Awards.”