VetPartners team has dog of a day – but no one is complaining! 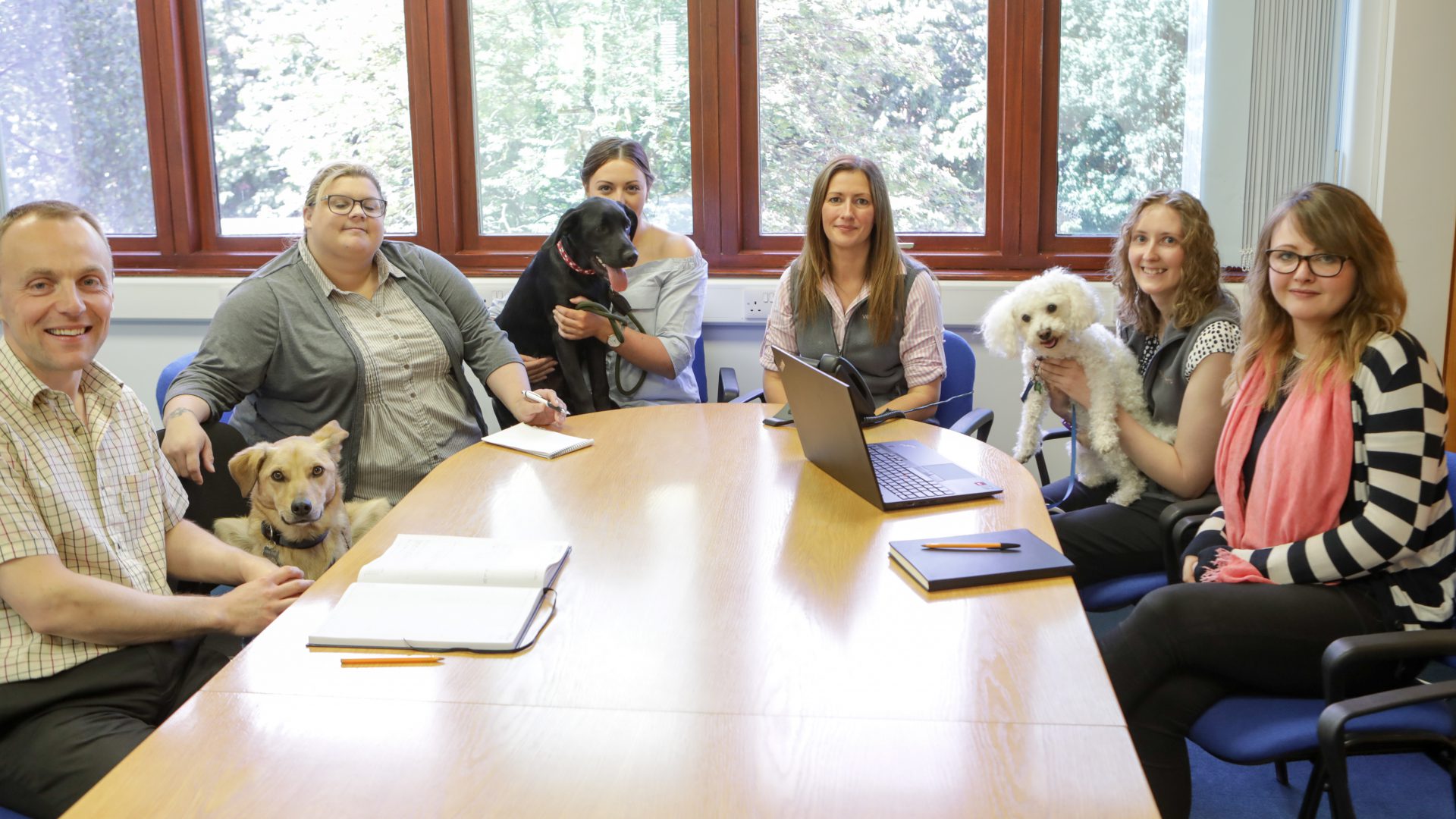 VETPARTNERS enjoyed the paw-fect day after dog owners were allowed to bring their pooches to the office.

Casper, Freddie, Bella, Jessie, Charlie, Ronnie, Bear and Asher spent the day at VetPartners’ headquarters in York as part of Bring Your Dog to Work Day on Friday 21st June.

Now in its sixth year, Bring Your Dog to Work Day is embraced by dog lovers and their employers.

Businesses from across the UK welcomed dog loving employees into the workplace, along with their four-legged companions.

VetPartners invited members of its central support team to buy raffle tickets to choose seven lucky owners to bring their dogs to work. The raffle raised £203 for VetPartners’ chosen charity for 2019, Hearing Dogs for Deaf People.

More than 100 of the UK’s most respected small animal, equine, farm and mixed veterinary practices are part of VetPartners, which has 4,750 employees working in more than 450 sites, including its headquarters in Spitfire House, Clifton Moor, York.

VetPartners CEO Jo Malone said: “Our team really took Bring Your Dog to Work Day to their hearts and it was great fun for everyone. As a veterinary group, you’d expect many of our team to be pet owners so we had to limit numbers, otherwise the office would have been overrun by dogs.

“Raffling the chance to bring your dog in enabled us to raise money for a very worthy cause.

“The charity’s dogs also provide constant emotional support and companionship, which is important as deaf people can often struggle with feelings of isolation and loneliness.”

Sally Whitehead, a team leader in HR, who brought in her Cocker Spaniel Ronnie, said: “She loved coming into work as she loves people and enjoyed everyone making a fuss of her.

“It’s been a really fun day as we all love pets and it has also enabled us to raise lots of money for our chosen charity.

“Hearing Dogs for Deaf People currently has around 500 dogs in training and has created nearly 2,500 working hearing dog partnerships, for both children and adults, across the UK, so it is such a worthy cause.”