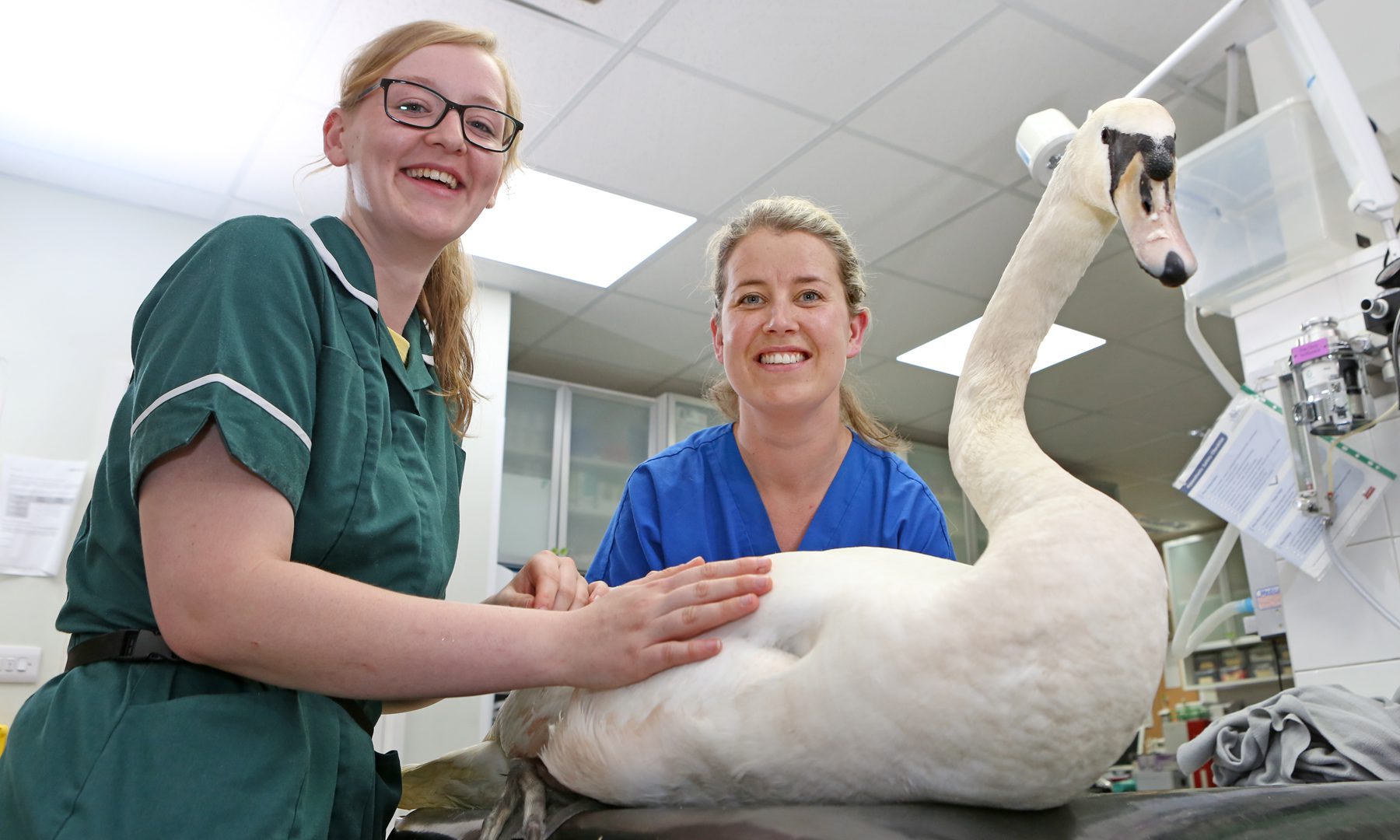 VETS have saved the life of a swan which had to be rescued from the side of a busy motorway after breaking its leg.

The injured swan was spotted sat by the M62 near Wakefield in a distressed state.

A member of the public called West Yorkshire Police and officers captured the swan and took it to Chantry Vets, in Alverthorpe, near Wakefield.

On initial examination of the ill-fated swan, vets discovered a fish hook stuck in his neck, a common injury for swans who swim in rivers and lakes.

It wasn’t until an x-ray was taken that a significant fracture to the swan’s right femur was revealed, believed to have been caused when the bird was struck by a vehicle.

This was the first swan Chantry Vets had received for a long time and surgical director Lisa Flood called the Yorkshire Swan Rescue Hospital for advice on the surgery procedure.

The swan, who was named Walter by the vets and aged around three-years-old, went into surgery under general anaesthetic. A pin was placed in the centre of his broken bone and a locking plate fixed to the femur.

Lisa said: “This was an unusual case for us so we had to get all the help we could to make sure the break was fixed as soon as possible, and our thanks go to the support of Yorkshire Swan Rescue Hospital.

“Swans are large birds so our nursing team had to monitor the anaesthetic carefully so we could carry out the operation.

“Once he was out of surgery we made him a special recovery room so he could be kept in overnight.

“He was a little fractious when he first came to us, but once he was quite at home once he was settled in his bed.

“The team did really well. We have seen smaller birds and more unusual animals and reptiles like snakes here before, but a swan was definitely a new challenge.” 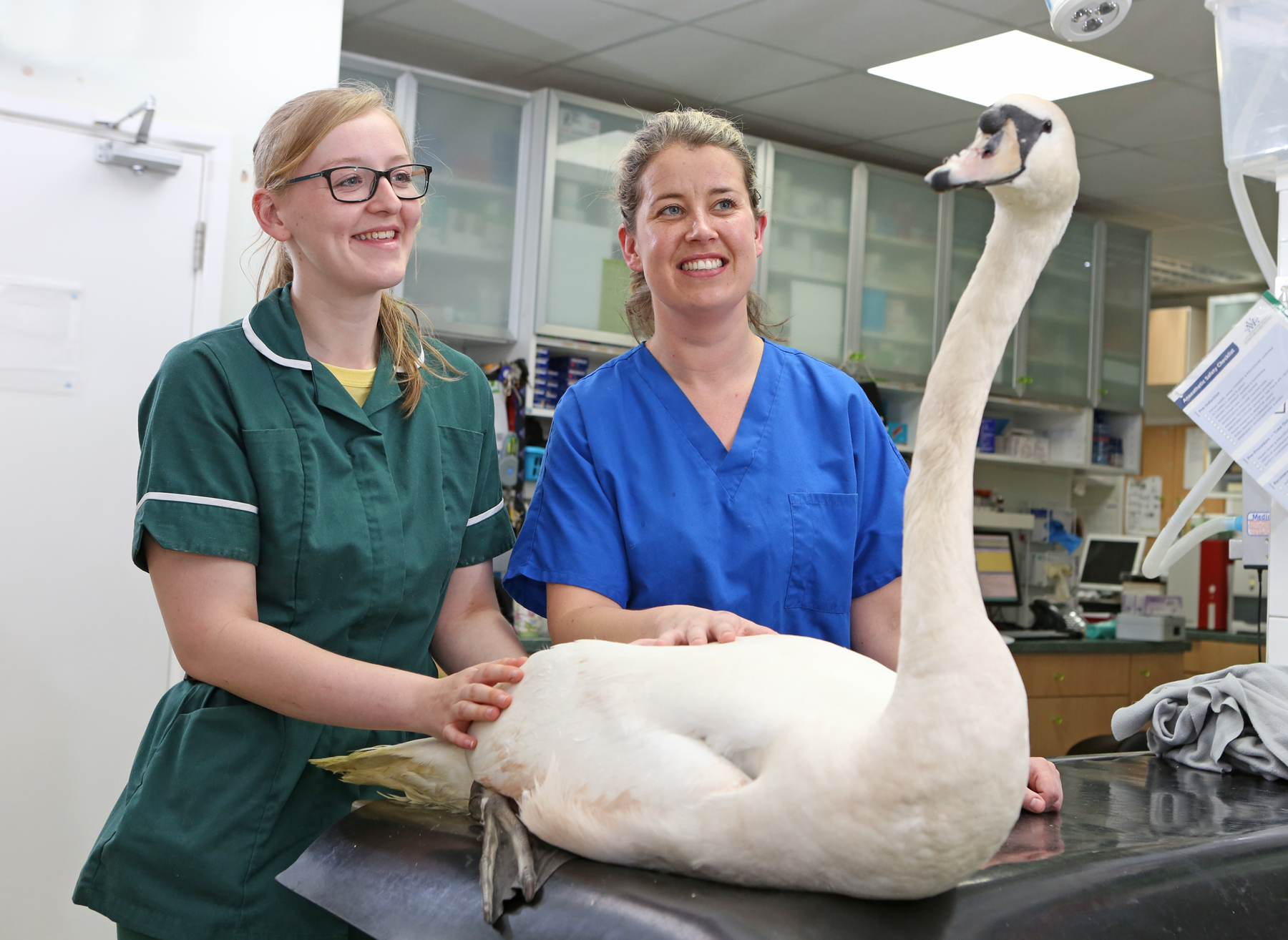 Lisa was supported in the operation by senior veterinary surgeon Dr Tom Giorgi, a certificate holder in exotic animals.

Yorkshire Swan Rescue Hospital, the only dedicated full-time swan sanctuary based in Northern England, collected Walter the next day and praised Chantry Vets for the team’s efforts in treating the injured bird.

A spokesman for the hospital said: “We would like to give our special thanks to the officers from West Yorkshire Police for rescuing the swan, and to the veterinary team at Chantry Vets for their hard work and efforts in treating this injured bird.”

The swan is now walking and is expected to make a full recovery.