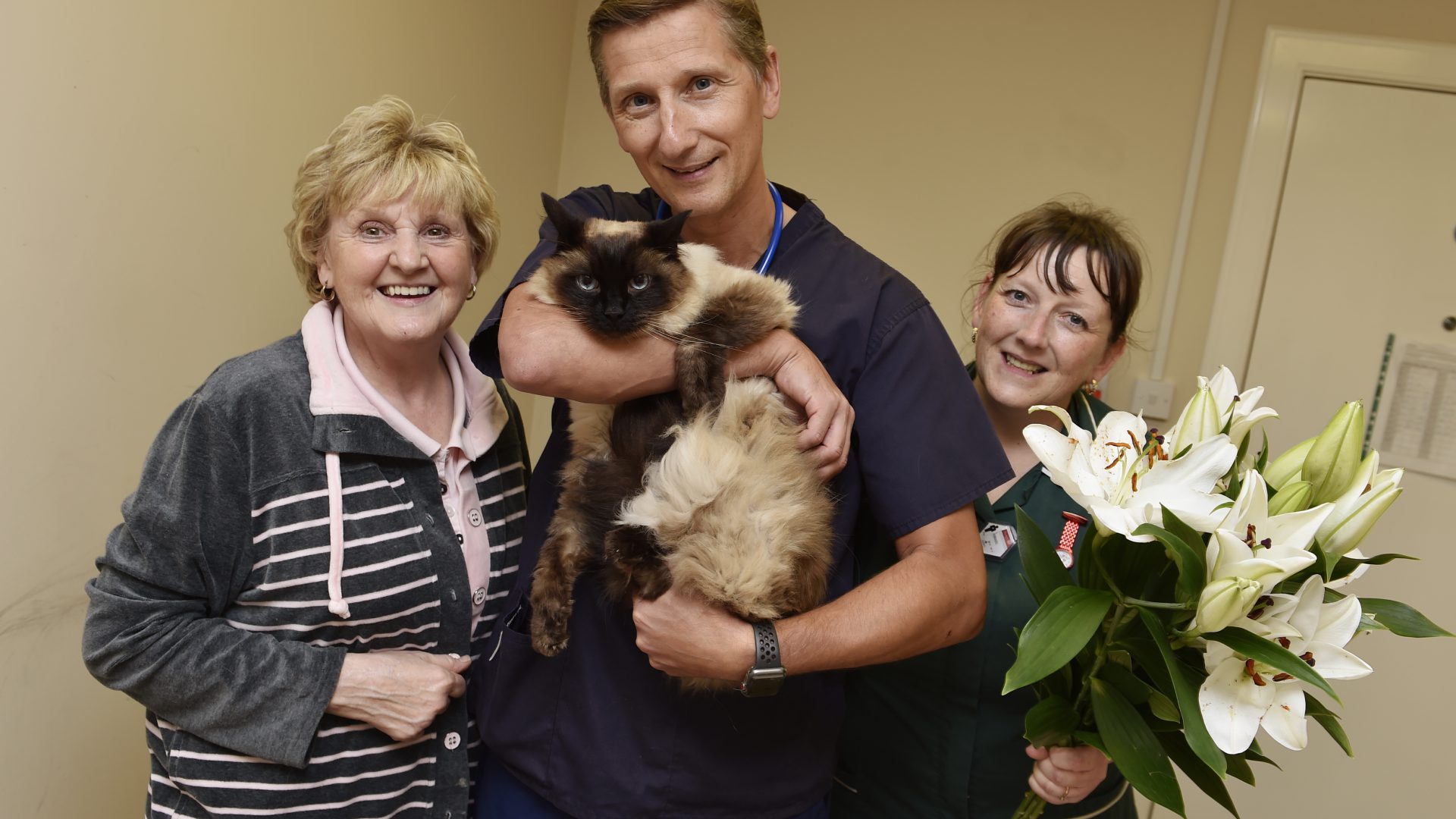 VETS have issued a warning about the danger of lilies after Coco the cat used up another of his nine lives.

Coco nearly died two years ago after eating the stamen in the centre of a lily and, despite his recovery, the effects of the toxicity left him with permanent kidney damage.

He has just recovered from another brush with death after his kidney problems flared up again.

On both occasions, the nine-year-old Ragdoll cat’s life was saved by vets and nurses at Clyde Vets in Lanark, who are urging cat owners to never have lilies in their home.

While he will never recover from the toxic effects of ingesting the lilies, vets are managing to keep his kidney problems in check with a special diet.

But they are warning that lilies are so toxic to cats that even just licking their leaves or drinking water contaminated with their pollen could have potentially fatal consequences.

When Coco was first rushed to the practice two years ago, he was lethargic, dehydrated and unable to eat or drink and blood tests revealed acute kidney failure.

He returns to the practice last month and potassium levels in his kidneys were so high, vet Hans Lambert feared the cat would suffer a heart attack.

He has come through his latest ordeal and is back home in Wishaw with owners Wilma and Jim Kelly.

Wilma had been given a bouquet of lilies for her birthday two years ago and was completely unaware they were highly poisonous to cats.

“The day after I received the lilies, Coco became extremely ill and, if we hadn’t taken him to the vets straightaway, he probably wouldn’t have survived,” said Wilma.

“It turned out he had eaten the stamen in the centre of a lily and was a very sick wee cat. Clyde Vets did all they could to save him, but the effects of the lily poisoning means his kidneys no longer function properly.

“His most recent illness is linked to the kidney problems and, again, but for the care and quick actions of the team at Clyde Vets, he may not have survived. There was a possibility he would have a heart attack because he was so poorly and I asked them to do all they could for him. Luckily, he has come through it again and he is doing well at the moment.

“I never have flowers in the house now and I would urge cat owners to never have lilies because it has left Coco with these problems.”

Clyde Vets veterinary nurse Lisa Ferraioli said: “Coco is extremely lucky to still be here as it has been touch-and-go for him.

“Lilies are so dangerous, we would urge cat owners never to have them in their house. They can cause severe diarrhoea, convulsions, acute kidney failure and even death. Even very small amounts of pollen can be extremely dangerous. Cats can swallow a toxic amount just by grooming after brushing against the flowers.”