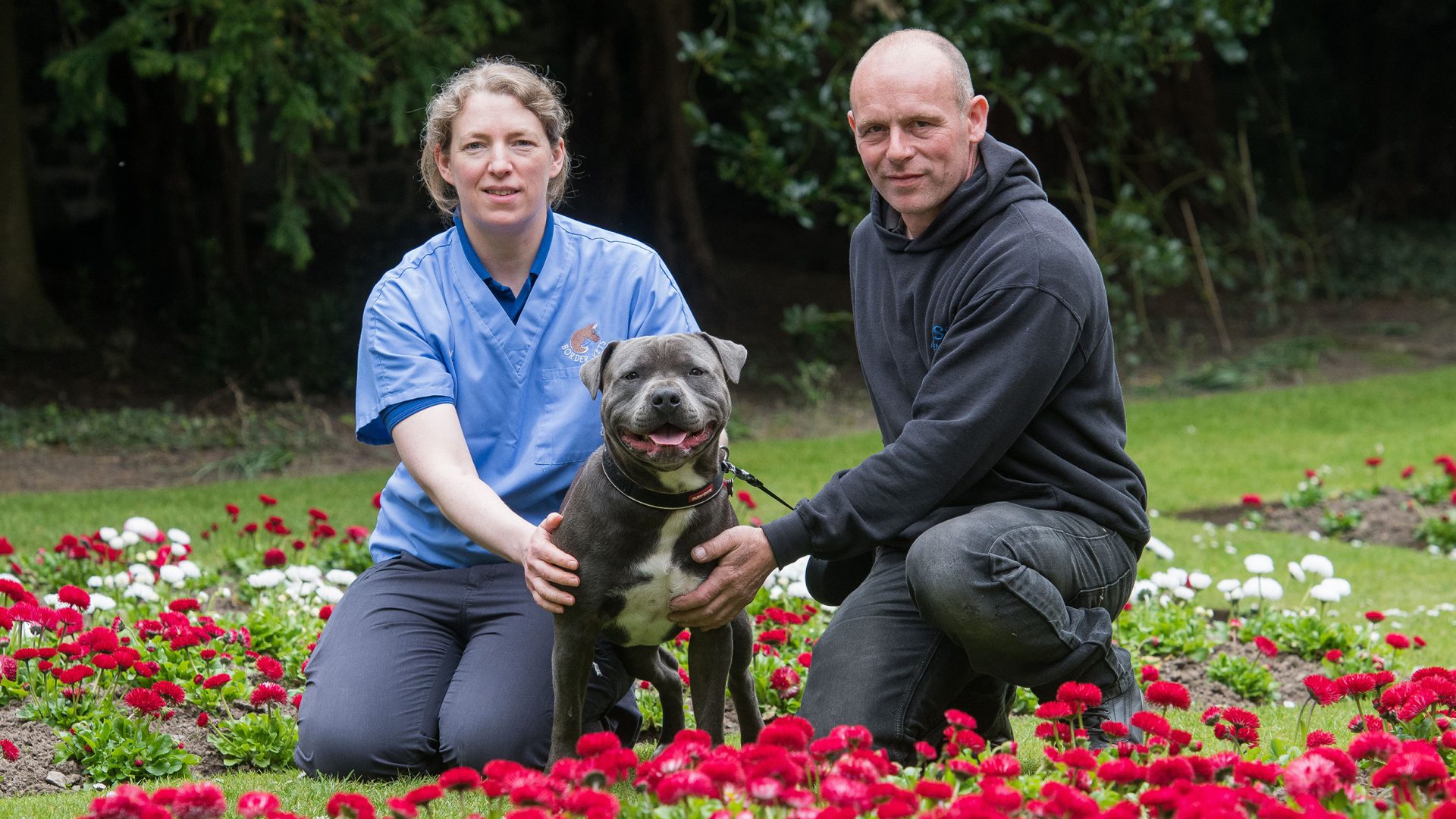 OWNERS have been warned to be extra vigilant about dogs scavenging in bins after a family pet nearly died from eating mouldy food.

Over the last eight months, Border Vets, which has branches in Galashiels, Selkirk and Innerleithen, has seen three similar cases thought to involve dogs eating rotten food from recycling bins or rubbish bags.

Bailey, a much-loved one-year-old Staffordshire Bull Terrier, was saved from the brink of death, but two other dogs lost their lives after eating toxic waste.

Bailey was so ill, owner Paul Lamb was told to prepare for the worst after the dog helped himself to mouldy food in a rubbish bag after going into the garden to the toilet at bedtime.

Within 15 minutes, the young Staffie was trembling and uncoordinated, before he was rushed into Border Vets’ Galashiels surgery as an out-of-hours emergency. His body temperature was dangerously high and he started fitting.

Vet Mel Broad managed to make him sick and he brought up three litres of rotten food, along with the remains of biodegradable bags used for food waste.

Ms Broad stayed by his bedside all night, and Bailey has now made a full recovery back home with his family in Hawick.

Now his owner and vets are urging other dog owners to be extra cautious when disposing of food waste to prevent another tragedy.

Ms Broad said: “We see around half a dozen cases a year like this, and we don’t always know what precisely has been ingested.

“With Bailey’s case, we have now had three similar cases. Tragically, the first two died but the third was seen eating something in the garden so we were able to definitively link the signs to eating mouldy food.

“Slug bait is particularly dangerous and most people are aware to keep garden chemicals out of reach of pets, but not everyone realises how toxic a mouldy loaf in your food bin could be. Food waste bins should be securely locked and disposable bags securely tied to prevent pets scavenging.”

Paul, who lives in Hawick with wife Cheryl, said: “It was a traumatic night but Border Vets were absolutely brilliant and cared for him all night. We were preparing for the worst but, luckily, he is fine now. We would advise dog owners to be extremely cautious about disposing of food and not put bins out where their pets will be.”