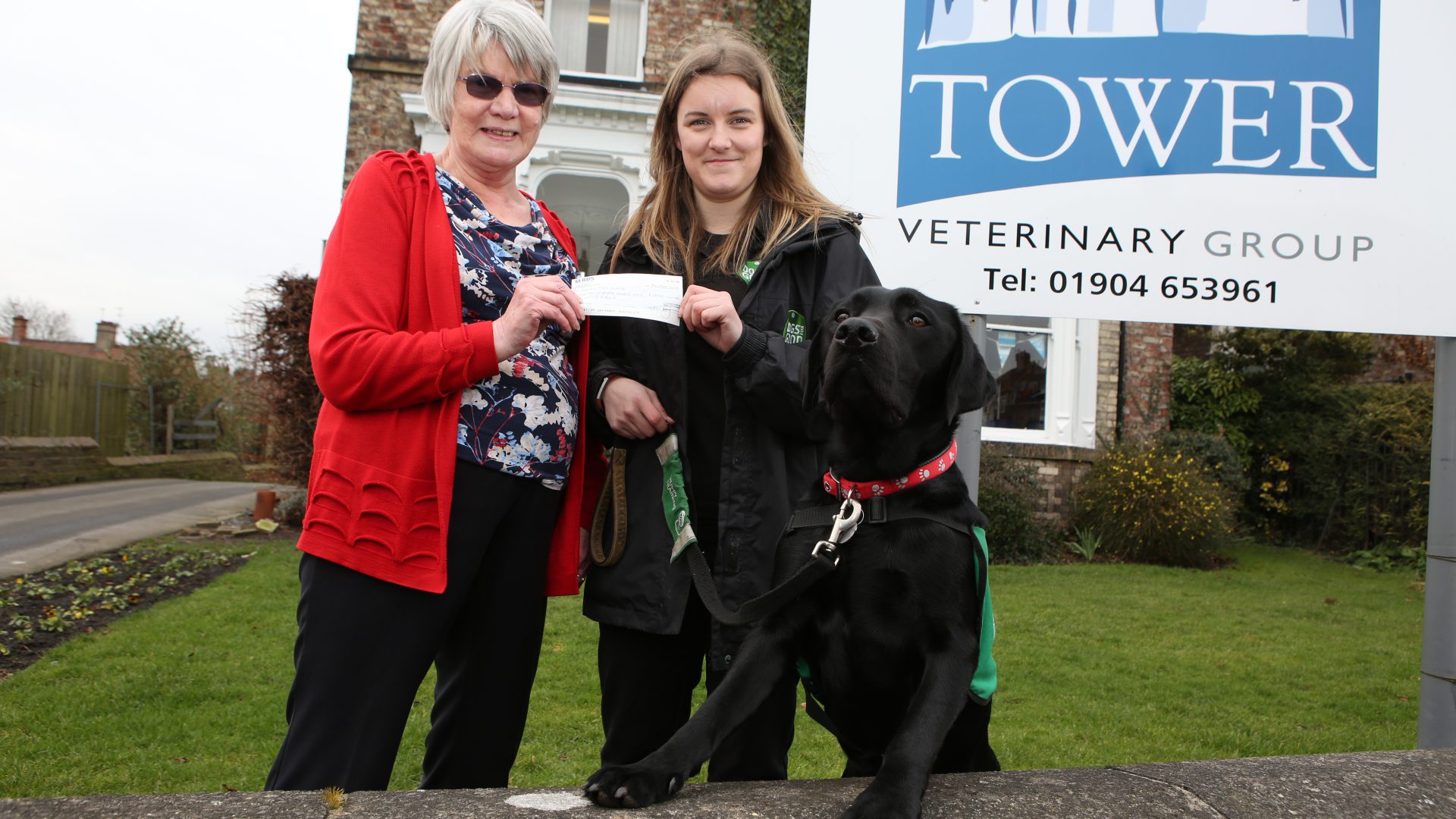 TOWER Veterinary Group in York has provided a boost to two charities – thanks to a dog owner’s legacy of love.

When Christine Brealia passed away last September after a long illness, she left £2,000 to Tower Vets as a thank you for all the care and treatment received by her beloved rescue terrier, Roly.

Roly had been adopted by Christine and husband Mick from the Dogs Trust in York, but had to be put to sleep a month before his owner died.

During his lifetime, Roly underwent two operations and received general healthcare at Tower Vets, which has six branches across York, and Christine wanted to thank vets and nurses by leaving the practice a windfall in her will.

Tower Vets have split the money between two worthy causes – Dogs For Good and the practice’s own stray fund.

Dogs for Good is a UK-based charity that trains assistance dogs for people with physical disabilities and children with autism. Since October 2016, Tower Vets has sponsored one of their dogs, Noah, by helping towards veterinary and preventative healthcare like vaccinations and flea and worm treatment.

The stray fund helps to meet the cost of treating sick, injured or abandoned animals and wildlife handed into the practice.

Tower Vets Accounts Manager Cath Wilson, who organised the Dogs for Good sponsorship, said: “Because of the kind gesture by Mrs Brealia, who was a devoted dog owner, we are able to help more animals through our stray fund and support Noah.

“It is a wonderful tribute to the work we do that a kind client like Mrs Brealia, who looked after her dogs with such love and care, chose to leave us this money in her will. The money will help out two really worthy causes.

“Noah has grown into an affectionate, friendly and well-behaved dog, who helps Dogs For Good carry out such amazing work in the community.”

Christine, who was 59 and worked for the Department for Work and Pensions and lived in Huntington, near York, also left donations to the PDSA, Guide Dogs for the Blind and the Dogs Trust in her will.

Husband Mick said: “Chris was dog-mad and loved meeting fellow dog walkers when she was out and about with Roly. We both loved visiting dog-friendly pubs in North Yorkshire like Richard The Third in Middleham and the Lion Inn at Blakey Ridge.

“Tower Vets looked after Roly and her previous dog, Gino, and we were so happy with the service we received. Roly was not an easy dog with being a rescue but was shown great care and compassion and was happy to be handled by their vets.

“It’s great to see that Tower Vets have put the money to good use by supporting two worthy causes, which would have made Chris really happy.”