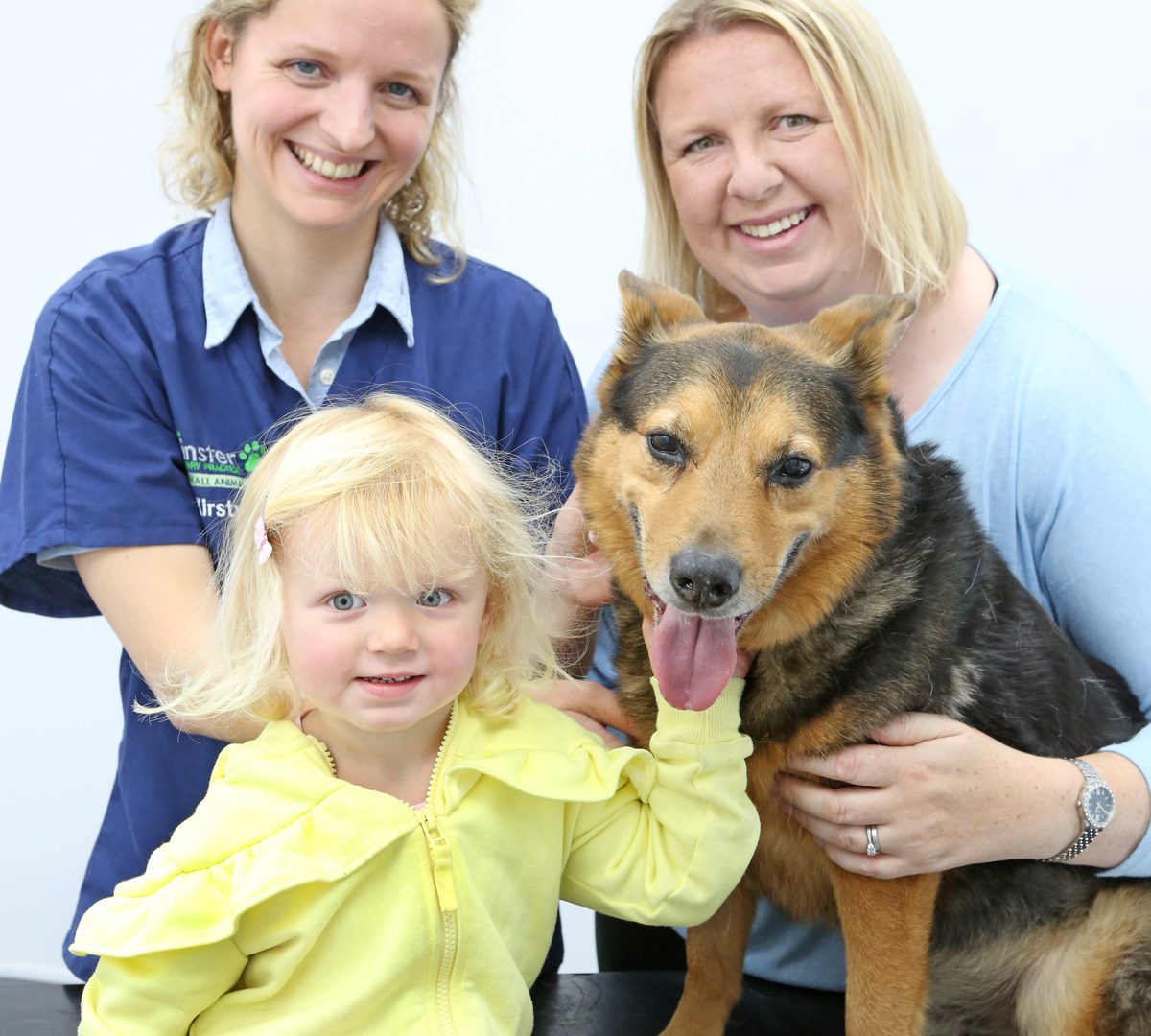 FAMILY pet Max has made a full recovery following vital surgery after he swallowed a whole kebab stick.

The Minster Veterinary Practice in York operated on the 11-year-old dog to remove the wooden skewer after it became lodged in his stomach at his owner’s home in Tadcaster.

Katie Rushton, who rescued cross-breed Max as a puppy, took him to Minster Vets’ practice in Copmanthorpe, when he began vomiting after eating the stick.

He was then transferred to Minster’s main hospital site on Salisbury Road where a scan revealed the stick was still intact in his stomach and a decision was made to operate.

Vet Kirsty Catterall said: “An ultrasound was done to see if we could identify any blockage in Max’s stomach as he was showing discomfort around his abdomen area.

“Our main concern was that the kebab stick had perforated his stomach which would have been very serious.”

Fortunately the skewer hadn’t caused any internal damage and Kirsty decided the best course of action was to surgically remove it under anaesthetic.

She said: “The surgery was successful and Max is now back home with his family.

“I would advise pet owners to always keep harmful objects out of reach. Even everyday household items can pose a threat to pets when eaten, so be extra vigilant and seek advice as soon as possible if your pet has eaten something it shouldn’t.”

Katie took Max, who she describes as being full of character, into her home when he was six-months-old because his previous owner was unable to look after him.

She said: “The kebab stick was on the kitchen bench and fell onto the floor. Before I could pick it up, Max had sniffed it out and swallowed it whole.

“Max has been part of our family for many years. I was extremely worried about him and thought it best to seek advice from the vet.

“I can’t thank the team at Minster Vets enough. They kept Max and myself calm and treated him quickly and professionally. Max is now home and has made a full recovery.”

If you suspect your dog has eaten something it shouldn’t, or is displaying symptoms such as lack of appetite, vomiting or diarrhoea, seek advice from your vet.